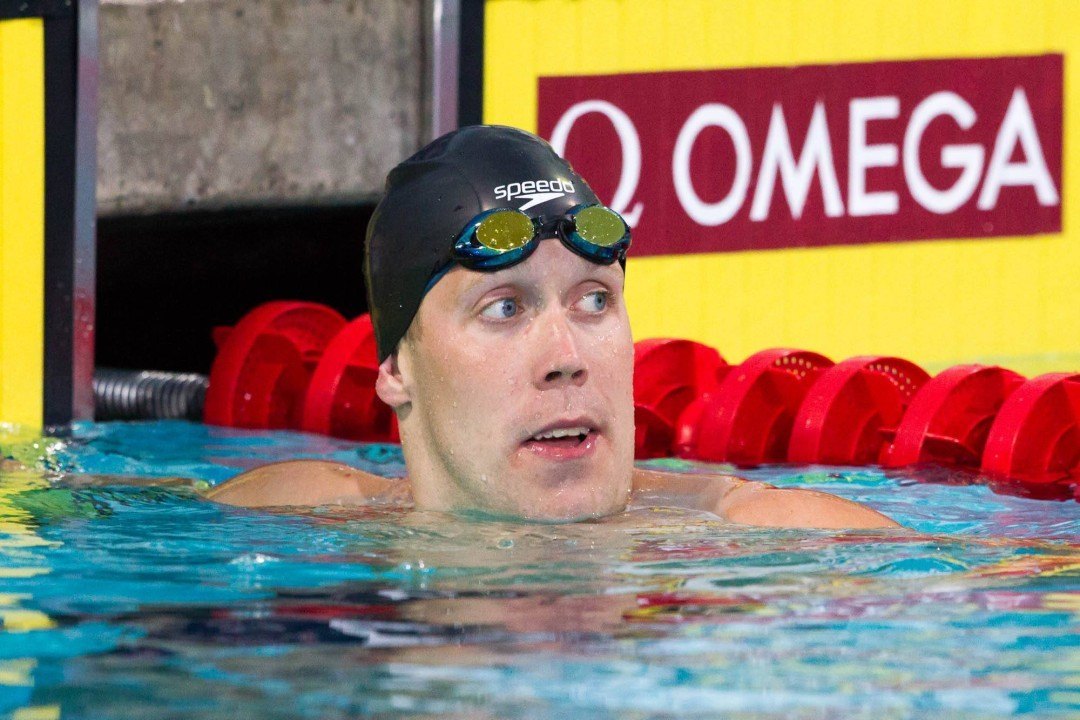 U.S. national champ and current U.S. Open record-holding breaststroker Brendan McHugh will call it a career following his events at the 2016 U.S. Olympic Trials - though the Trials finalist stopped short of the word "retirement." Archive photo via Tim Binning/TheSwimPictures.com

U.S. national champ and current U.S. Open record-holding breaststroker Brendan McHugh will call it a career following his events at the 2016 U.S. Olympic Trials – though the Trials finalist stopped short of the word “retirement.”

“I poured my heart and soul into the sport,” he told SwimSwam. “I loved every second I was a swimmer. I’ll never fully ‘retire’ because it’s part of who I am. I am glad that I gave 2016 a shot and will forever remember the people I’ve met, friends I’ve made, and places I’ve gone. I hope that I’ve inspired others to pursue their dreams and passions.”

McHugh made semifinals of the 100 breast and finals of the 200 breast over the past week, recording his highest finish with an 8th-place showing in the latter event.

The All-American for Penn will go down as one of the most successful pro swimmers to come out of the Ivy League. In 2014, McHugh won the U.S. National title in the 50 meter breaststroke, qualifying for the World Championships team. He also set the American and U.S. Open records in the event. He still holds the long course U.S. Open record at 27.10.

He posted on Facebook following his two events, thanking his supporters and looking back on his career:

Thank you for all the support. I really appreciate all the texts and Facebook posts over the last few days. I did everything I could but I came up a little short of my goal and expectations. If, however, I knew this would be the result four years ago, I wouldn’t have changed a thing I did since then. The journey has been so much fun. Thanks to all who have been a part of it. Onto the 200 breast.

Been one hell of a career. Exceeded my own wildest dreams. So thankful.

Swimming you will always be a part of me.

I think it would make sense for him to stick around to swim the 50 breast at the 2017 World Championships, but I know Brendan has a career outside the pool waiting for him, so I’d like to wish him well and thank him for representing the USA to the best of his ability!

Congratulations to great achievements, in and out of the pool. Simply awesome. !!

Got to meet Brendan at the pro-am in Texas. Absolute class act and it was easy to tell he loves the sport.

One of the best people I’ve ever had the fortune of meeting. An absolute champion who inspires everyone he interacts with. Congrats on an amazing career, Brendan.