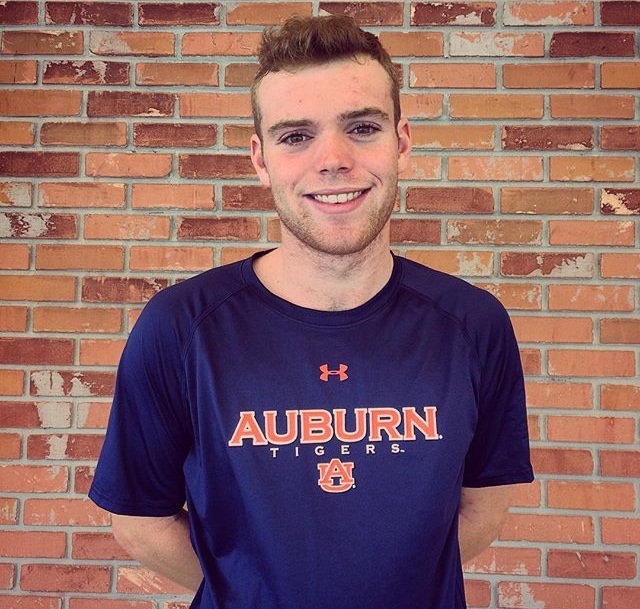 The Auburn Tigers have picked up a verbal commitment from South Florida Aquatic Club’s Julien Pinon. With a Winter National cut... Current photo via Julien Pinon

The Auburn Tigers have picked up a verbal commitment from South Florida Aquatic Club’s Julien Pinon. With a Winter National cut in the 200y freestyle, Pinon is a strong mid-distance freestyler with additional strength in the butterfly. He was also a member of France’s Junior National team in both 2013 and 2014.

Auburn only has three seniors on their 2015-16 roster, but one in particular, Arthur Mendes, was the Tigers’ top 100 flier last season. They have a small but mighty junior class, with the likes of Joe Patching, Michael Duderstadt. Kyle Darmody, and Taylor Copeland. Auburn will be losing all of this talent in a hurry, and Pinon brings in the free and fly speed to help offset some of those losses.

The reason why I chose Auburn was for the incredible team spirit they had and how they motivated each other through the good and rough times… My goal is to one day swim on the Olympic team for France and I know Auburn will help me reach that goal. The coaching staff is incredible and I feel like I can communicate with them easily. Academically, they offer my dream major which is to pursue a career in aviation. Overall, Auburn is the perfect choice for me.

Pinon also told SwimSwam that he plans on swimming at French Nationals next spring as he hopes to qualify to compete at the 2016 Junior European Championships. The Auburn class of 2020 is looking deep, with other additions including Paolo Ricci, David Crossland, Brody Heck and Bryar Long, and Colin Bone.