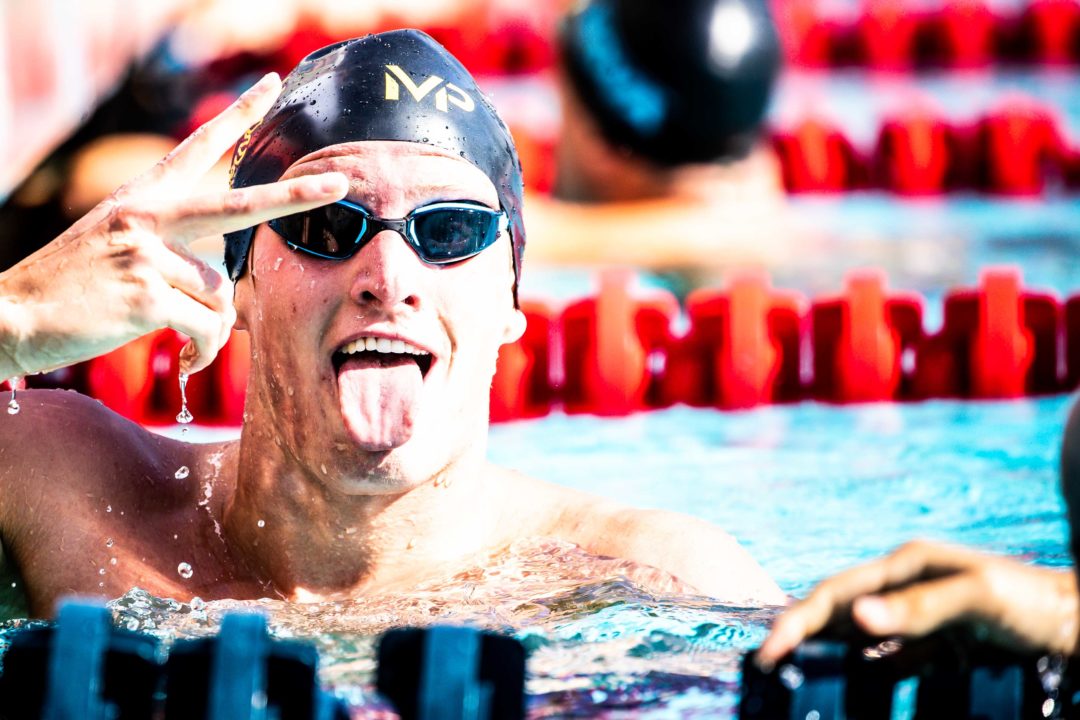 The ASU men haven’t lost to Arizona since February 7, 2015, which was before the Sun Devils’ Bob Bowman era. In the Bowman era, the Sun Devils have a 5-0-1 record against their in-state rivals, which used to be the more dominant of the two programs.

On the women’s side, diving proved to be the deciding factor of the Wildcats’ win. Without diving, the meet’s score would have tipped in the Sun Devils’ favor, 139-123 since Arizona collected all 32 diving points.

House’s return is a huge boost to the ASU roster. For the 2020-2021 season, ASU redshirted its entire roster. House also took a redshirt season in 2019-2020 to prepare for the Olympic Trials, which were ultimately postponed. 2019-2020 would have been his junior season with ASU. This year, he’s listed as a redshirt senior on the Sun Devils’ roster. House was an NCAA scorer in the 200 freestyle during his freshman and sophomore campaigns. As a rookie, he was 14th (1:33.47), and tied for 10th (1:32.29) as a sophomore. At the GAC Invitational in November 2021, House blasted a new best time in the 200 freestyle (1:31.73) which is the fastest time in the NCAA so far this season.

Leon Marchand is having an excellent rookie campaign as a Sun Devil. The French swimmer has made a nearly seamless transition to yards swimming and will be a huge force for ASU during championship season. He has the NCAA leading 400 IM time (3:35.62) from the GAC Invitational in November 2021, which is almost two-seconds ahead of Texas’ Carson Foster (3:37.35).

The 500 freestyle was a Sun Devil showdown between Nordin and teammate Erica Laning. Laning came from behind to challenge Nordin, but it was Nordin who touched 1st (4:47.42) just ahead of Laning (4:47.80). The duo finished almost two-seconds ahead of Arizona’s Tia Lindsey (4:49.72). Nordin currently ranks 2nd in the NCAA with her time from the GAC Invitational (4:34.87), which is just behind Lia Thomas (4:34.06) of the University of Pennsylvania. Nordin’s lifetime best is 4:33.74 seconds from the 2020 Pac-12 Championships.

A little disappointed in the commentary on the diving which was why ASU lost and but for the diving they would have won. Really? The U of AZ girls deserved that win. It is a swimming AND diving competition. If ASU wants to win these duals they can improve their diving. Give the Wildcat women some credit for beating ASU as a team.

I don’t disagree that different aspects of the meet can make a difference in the end result. Just never seen a reporter go so far as calculate the score with the different results. It just came across very ASU biased reporting.

The bottom line is U of Az won the meet. Enough said.

It seems like your primary interest is a rose-colored view of the Arizona Wildcats. Which is great – you’re welcome to that interest. Arizona puts out a press release after every meet, and that might better scratch the itch you’re looking for.

Most of our audience doesn’t have a vested interest in either team, and so are interested in things like this – what we call “context” in our business. They don’t just want to read a one-line report that “Arizona won,” and if they did, they’d just look at results. They want to know why and how Arizona won. As you put it – they want to know which different aspects of a meet made a difference in the… Read more »

MP has one of the most famous swimmers ever endorse it, but hardly (no?) others. Anyone know if they have any significant endorsements. Strikes me as either a good business move because maybe they dont need one, or a bad business because they wont/cant sign any one.