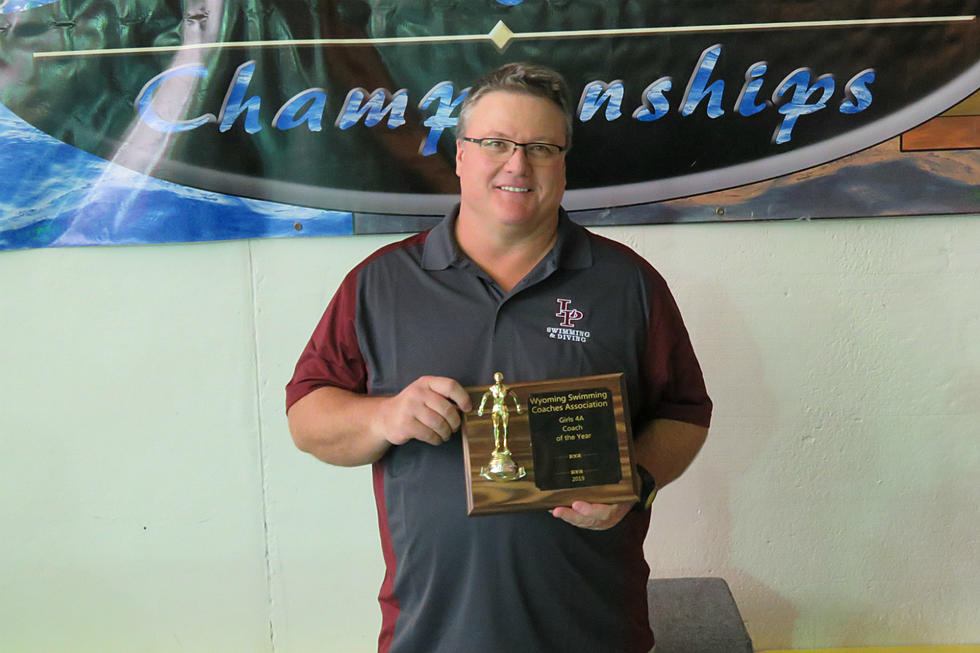 NISCA Hall of Famer Tom Hudson announces his retirement after serving as head coach at Laramie High School for the last 32 years. Archive photo via WyoPreps

Laramie High Swimming head coach Tom Hudson announced his retirement on June 11th. He has led the team for 32 years, building the most dominant high school program in Wyoming.

Over the years, Hudson’s athletes have collected 21 Class 4A team state championships and 31 Class 4A East Conference team titles. In swimming & diving, Class 4A houses the state’s biggest high schools.

The Plainsmen girls’ and boys’ teams have each won the past 5 consecutive state titles. 30 of Hudson’s swimmers have been named to the All-American list. To achieve this title, swimmers must have earned a minimum GPA of 3.5 and swam a time in any individual event equal to or faster than the Winter Junior qualifying time standard between September 1, 2021 and August 31, 2022.

In April of this year, Hudson was inducted into the NISCA National High School Hall of Fame. A WyoPreps article says that Hudson is “one of the best swim coaches in the history of Wyoming” and deserves his induction into the National Hall of Fame.

In a WyoPreps interview about his recent NISCA Hall of Fame induction, Hudson shared his gratitude for being recognized as the Hall of Fame award winner by thousands of his colleagues and reflected on his coaching career at Laramie. “To get to student teach for the great Layne Kopischka… that was probably the biggest break because I learned so much from him and got involved with Laramie High School swimming… The rest is history.”

A great coach and an even better person. CONGRATS on a terrific career Tom!

The greatest swim coach in Wyoming history. He’s an even better person…