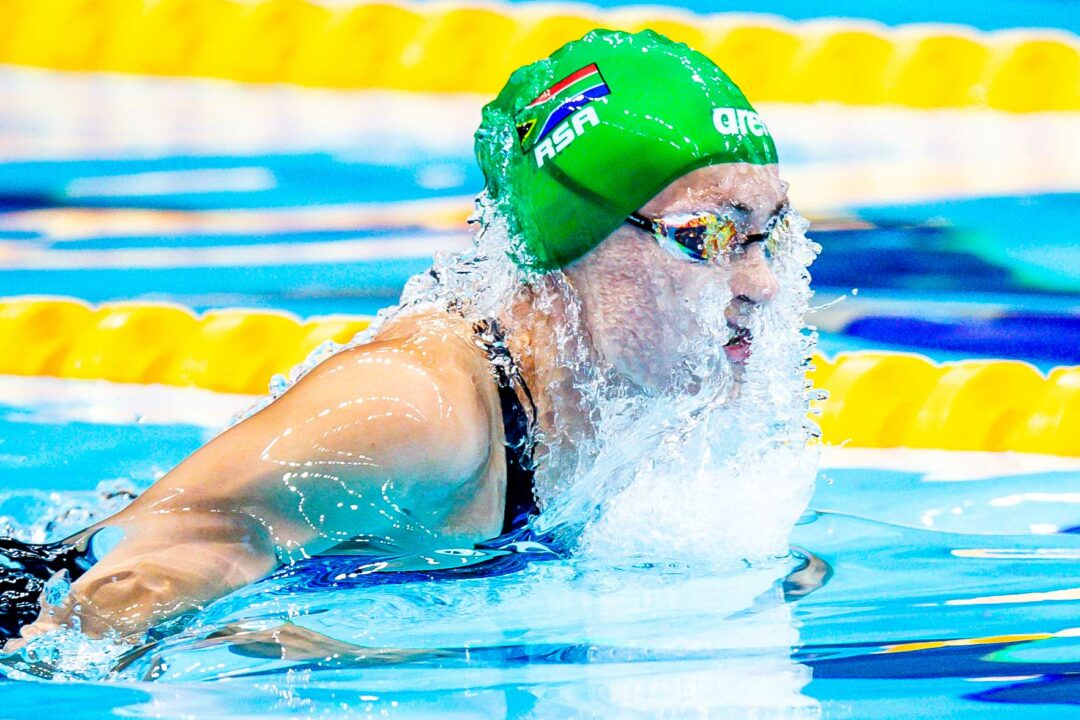 RSA's Tatjana Schoenmaker and Kaylene Corbett qualified top 4 into the women's 200 breast final. The last RSA OLY champ in the pool was in Atlanta 1996. Current photo via Jack Spitser/Spitser Photography

South Africa made some noise for the continent of Africa on day five, with two representatives qualifying into an Olympic final together and an African continental relay record down.

During the women’s 200 breast semifinals, South African Kaylene Corbett won the first heat with another personal best of 2:22.08, solidifying her spot into the Olympic final. In the second heat, newly-minted Olympic record-holder Tatjana Schoenmaker, Corbett’s Tuks training-mate in Pretoria, RSA, swam another 2:19 performance to stay on top of the rankings.

During the preliminaries, Schoenmaker hit an Olympic record of 2:19.16, the second-fastest performance in history, which is off the 2:19.11 world record from 2013.

As Corbett enters the final as a medal contender, Schoenmaker enters both as an Olympic title threat and a World record threat. The last time a South African woman won a swimming Olympic title was in Atlanta 1996, where Penny Heyns won the 200 breast final with a time of 2:25.41, holding off 14-year-old American Amanda Beard.

Also contesting in an Olympic semifinal for South Africa on day five was Matthew Sates. The 18-year-old placed 14th in the men’s 200 IM semifinals at 1:58.75. Earlier in the preliminary heats, Sates swam 1:58.08 to qualify 15th in the second round.