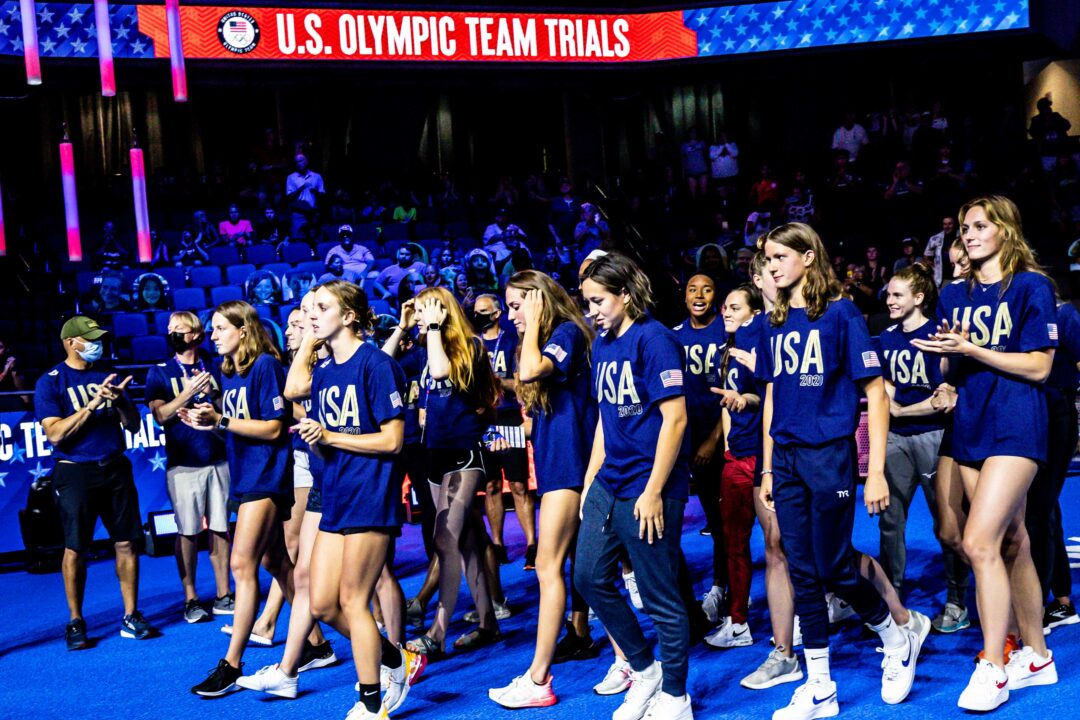 There are 13 countries that will be sending more than 20 swimmers to Tokyo. Unsurprisingly, the United States tops the list, with 53 swimmers. Stock photo via Jack Spitser/Spitser Photography

Check out all of the 2021 Olympic swimming rosters with SwimSwam’s handy index here.

Over the last number of weeks, we have begun to learn the names of swimmers who have received invitations to compete at the Tokyo 2020 Olympic Games. Only a few nations have not announced their rosters yet.

Instagram’s Swimming Stats page has published the list of the largest swimming rosters for the Tokyo Olympics. The list considers swimmers of pool and open water events, since there are some swimmers who will compete in both.

There are 13 countries that will be sending more than 20 swimmers to Tokyo. Unsurprisingly, the United States tops the list, with 53 swimmers. In 2016, 47 American swimmers competed in Rio.

In fact, the top 3 countries on the list have increased their rosters. Hungary had 35 swimmers in Rio and will have 38 in Tokyo. Australia will have 37, one more swimmer in comparison to 2016.

Interestingly, Japan will bring 35 swimmers to its home-based Olympics, only one more than they did at Rio 2016.

Among the top nations, China has experienced the biggest decrease in the number of swimmers on its roster. There were 45 Chinese swimmers in Rio, the second largest roster at that Olympics. Now, there will be 30 in Tokyo.

Among the countries on this list, China is the one that, proportionally, has the most women in its roster: 63.3% of their entered athletes are women. On the other hand, the Polish roster has 69.6% of its athletes as men.

Russia is actually sending 0 athletes to the games. They are representing the Russian Olympic Committee. It’s essentially meaningless but given that they were hardly punished for the worst systematic athletic cheating scheme since the Berlin Wall came down we shouldn’t be giving Russia any spotlight at all. Joke of a punishment for blatant cheating and it’s sad knowing that ROC athletes will stand on the podium this summer having cheated to get there. Until the world takes a stand against nations that use sport as propaganda and cheat to compete with the West nothing will change. Obviously there are clean Russian athletes who are tremendous but we need to stop pretending that the Russian government doesn’t use doped up… Read more »

You are left with only nukes and surprise , they have them too .

Unrelated, but did anyone else get a strange email saying they won the U.S. Olympic Trials pick’ems? I just got one from Elissa Raisgosa and it looks very scammy, not to mention I was like 150th lol…

How come there are more men on some teams and more women on others?

There were qualifying times for every event. Some countries had more women qualifiers and some had more men.

China is the eye opener for me…big reduction in team size…..wonder what is going on? Not like we ever know before a Championships though!

Are there already official entry lists for the Olympic Games?

Is there any link for a list of all swimming participants to Tokyo. Wikipedia’s one is not updated.