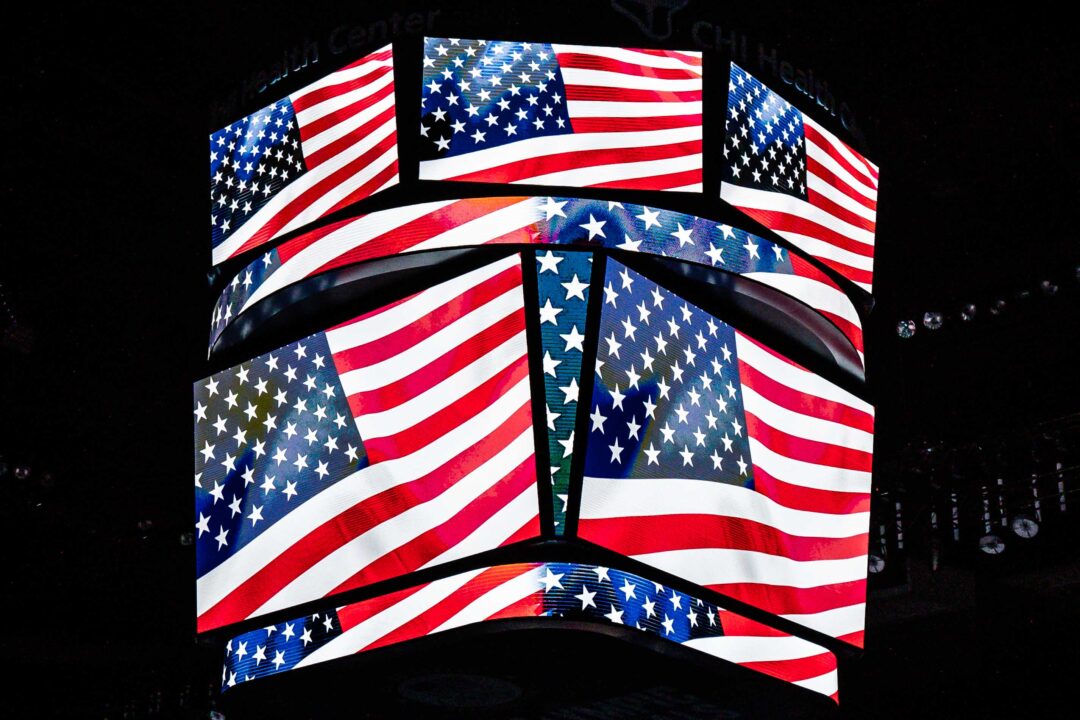 USA Swimming has named 22 girls and 21 boys to the National Junior Team that will represent the U.S. at the 2021 FINA Swimming World Cup this fall. Stock photo via Jack Spitser/Spitser Photography

USA Swimming has named a squad of 22 girls and 21 boys to the National Junior Team that will represent the U.S. at the third and fourth legs of the 2021 FINA Swimming World Cup this fall.

The team was chosen based on their individual performances at Wave I and Wave II of the U.S. Olympic Trials in Omaha, Nebraska in June. First priority was given to the #1 time swum in each event at Trials, other than the 100 and 200 free. In those events, priority was given to the top 4 swimmers. Of the 43 swimmers selected, 18 posted a top-16 performance at Wave II of Trials and two of whom (Charlotte Hook and JoJo Ramey) advanced to an A final.

“In light of the cancellation of the World Junior Championships in 2021, we chose to move forward with an international opportunity for our young U.S. swimmers to provide them with valuable training and racing experiences which we feel are critical to success on the international stage,” USA Swimming Managing Director of the National Team Lindsay Mintenko said. “Our junior athletes are an important conduit to our Olympic Team and, as an organization, we have been focused on pursuing and developing additional competitive racing opportunities for these 18&Under swimmers.”

Looking at the times from trials of these swimmers, I bet the Australian junior team is even more disappointed now that junior worlds was cancelled this year. Dekkers and Short and others would have been in heaven.

I agree with this. This is a FINA meet, not a juniors meet. 19y can swim at meet, but an 18y who turns 19ymonths later can’t on behalf of USA juniors, the us 18&under team?! Make that make sense. Bottom line – as easy as it is to point to why not, it’s just as easy to point to a way that is actually supportive of our best, who qualified, who are being denied, who have had enough taken from them. USA swimming could absolutely choose to send any 18y junior they want; they are choosing not to. It’s a shame, short sighted and doesn’t seem to uphold the values and purposes of the organization or the junior national team… Read more »

People like you are the problem, its not sexism because it’s a rule. It’s something Fina sets and it’s probably because the girls have a better chance of making the higher meets like the Olympics at a younger age.

Clearly you don’t have an 18 yo girl on the National Junior team who is not getting to go because the cutoff for women is 17 but for men it is 18. “People like you” are the problem? You are judging someone based on one comment on one issue on one website. Maybe people like you are the problem.

Why are there only a few relay swimmers listed (not even enough to put together a relay)?

I believe just because those swimmers only made the relays (3rd and 4th spots for 100 and 200.)

Did you see the R ? They are reserve. I assumed the relays will come from the swimmers who qualified for individual events. 🤦🏻‍♂️

The “R” actually means “Relay” in this nomenclature, not reserver. FR means “Free,” not “Free Relay.”

But yes, those are generally the 3rd and 4th names that will make up the free relays, swimming alongside the individual entries.

Hmmm 🤔 I though the 4×100-FR means relay and the -R implies reserve. My bad. Thank you for the clarification.

The Future of NC State looks bright! Almost 30% of this men’s roster is committed to the Wolfpack (Bustos, Cotter, Hayes, Hoover, McCarty, Ponsler)

There is a whole band of athletes, both girls and boys that missed opportunities over the last year because of COVID that have aged up. Let’s hope the USA swimming organization figures out a way to help give opportunities to those athletes.

Nick Simons is coached by Michael Kinross of the sandpipers, and is not directly coached by Ron Aitken

Wonder if the age restriction is determined by FINA or USA Swimming. Feel bad for the two USA National Jr Teams (2019-20, 2020-21). They never get the chance to represent the country in international competitions. Are there any tangible benefits at all for them besides being mentioned in the news release and social media?

FINA sets it for World Juniors and World Junior Records with birthday as of year end. This team was originally the World Junior Team so it uses the same criteria.