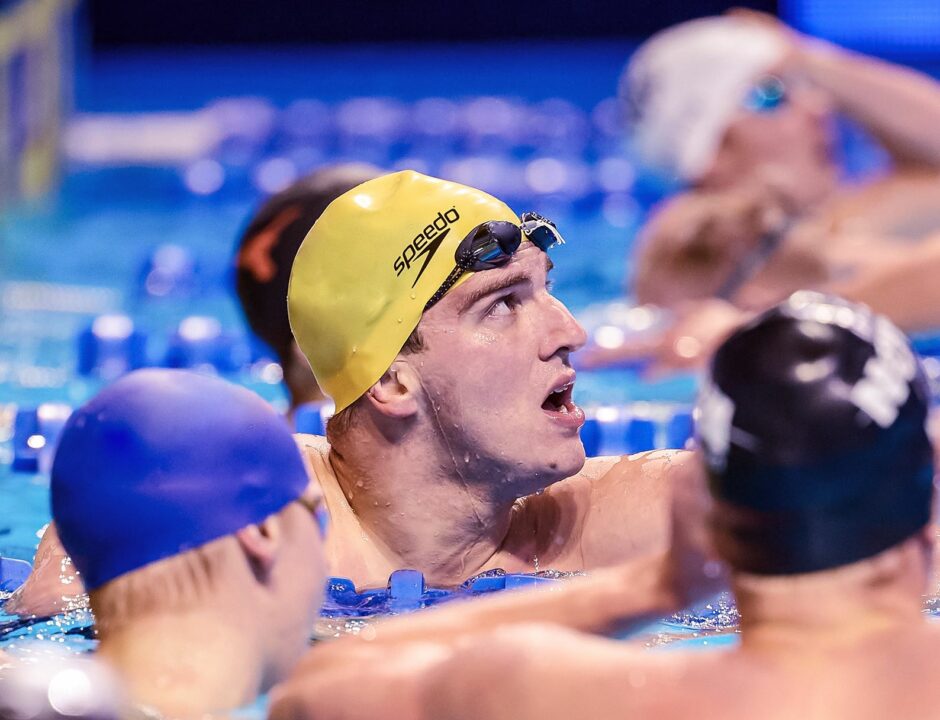 Speedo is thrilled to announce the newest members of Team Speedo, Zach Apple and Katie McLaughlin. Zach and Katie will be decked out in Speedo as they head to Tokyo alongside Team Speedo superstars Caeleb Dressel, Abbey Weitzeil, Ryan Murphy, Hali Flickinger and more.

Apple, 24, is a first-time Olympian who won three World Championship medals, two Gold and one Bronze, at the 2019 FINA World Aquatics Championship in Gwangju, South Korea. Apple also earned five gold medals at the 2019 World University Games as an Indiana University Hoosier. The freestyle sprint specialist finished second in the 100m freestyle event at the US Olympic Swimming Trials, coming in behind teammate Caeleb Dressel, which earned him a spot on Team USA in the 4x100m freestyle relay.

“I’m thrilled to join Team Speedo and represent such an iconic brand,” said Zach Apple. “Speedo’s history in the sport and the technology provided by their innovative suits is second to none and I can’t wait to suit up in Tokyo.”

“Ever since I developed a passion for swimming, it has been a dream of mine to become a member of Team Speedo,” said Katie McLaughlin. “It feels surreal to now be partnering with Speedo and heading to my first Olympics. This is truly a dream come true.”

Speedo is a SwimSwam partner