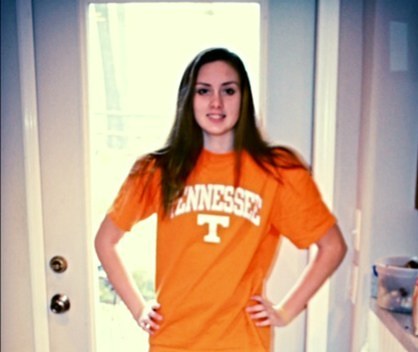 Tennessee picked up a verbal commitment from NCAP's Leslie Cole. Cole will join the Volunteers for the 2015-2016 season. Current photo via Leslie Cole

According to Cole, “I chose Tennessee because they have a great engineering program, and they have great academic support for their athletes.  I felt like I fit in great with the team, and I loved the positive atmosphere that they had on deck and at practice! I also really liked how professional the staff was and how respected they were among the swimmers. I wanted to be on a team where I felt I would swim to my highest potential, and Tennessee was the perfect fit! Go Vols!”

With her best breaststroke times of 1:02.75 in the 100 and 2:17.98 in the 200, which she swam at the Speedo Tom Dolan Invitational on Dec. 12th, Cole would have the second fastest time in the 100, and third fastest in the 200, for the Lady Volunteers so far this season. She and current sophomore Colleen Callahan will likely compete for the number one in each event when Molly Hannis, a senior, graduates in the spring.

Both times would have been third for Tennessee last season behind Hannis and Callahan.

Some of her other times include:

Were so very proud of you!!!

TN looks like it has a strong recruiting group!! ✔️