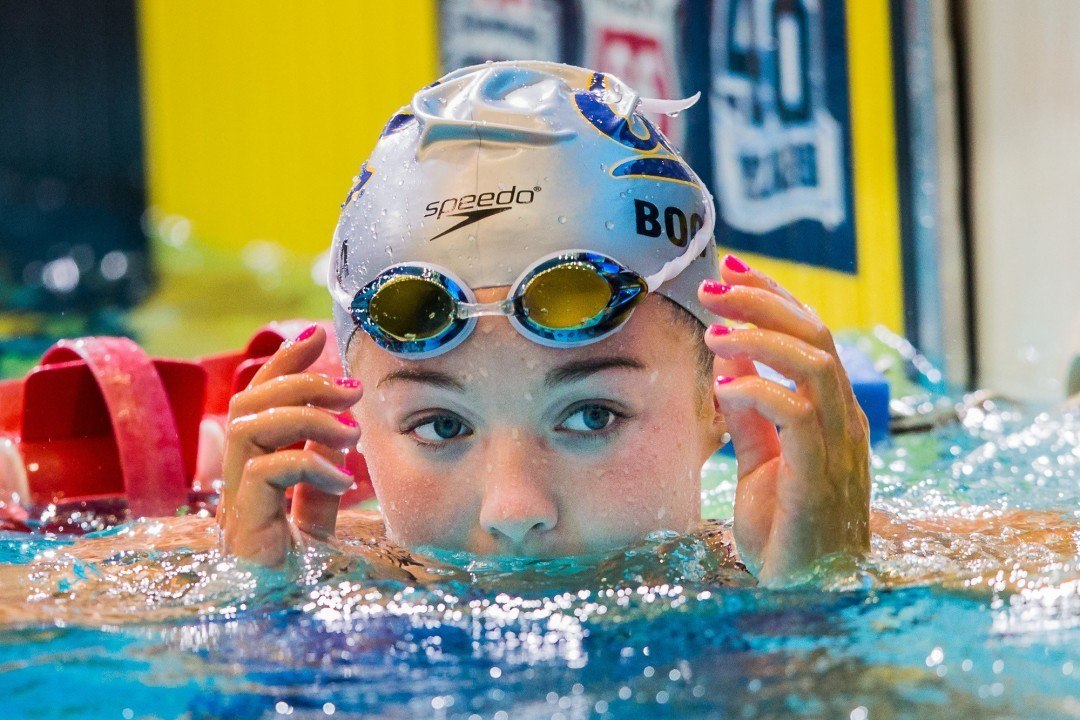 2012 U.S. Olympian Rachel Bootsma will represent her country in Gwangju, South Korea in July, 2015 at the World University Games.

Note: This roster was updated sometime in early 2015 with Paul Powers replacing Caeleb Dressel. The article below has been unchanged, but you can click here to see more details about that change.

Note that Clay Youngquist is on both the World Championships and World University Games roster – which is allowed, because he’s only entered in relays at Worlds.

The World University Games will take place next summer in Gwangju, Korea from July 4-11. Athletes must be enrolled in a recognized degree program to be eligible for the team. Seniors who graduate this spring are also eligible, and there’s no requirement for athletes to be affiliated with the NCAA to participate.

Athletes qualified based off of their finishes at last summer’s U.S. Nationals. Swimmers on the U.S. team for the World Championships in Kazan are ineligible for this team (except for relay-only swimmers and non-Olympic event-only swimmers), so the World University Games team gives the next tier of swimmers a chance to compete internationally.

Team USA finished second in the medal table at the last World University Games in 2013, as host Russia crushed the field with 17 golds. Americans brought home 6 golds and 24 total medals.

The full roster can be seen here.

Shannon Vreeland is also on both rosters as she is a relay only swimmer at Worlds. Rachel Bootsma is on the Worlds roster for the 50 back. Is she allowed to do both because the 50 isn’t an Olympic event?

Good team, I wonder what Conger could do focusing on the 100 free? I should think sub 49 if he puts his mind to it. Youngquist is a star in the making, he could make the Team for Rio. Matt Ellis can hopefully back up his fantastic summer by putting himself into Olympic team conversations. Looks like a good team all around.

I’m sure hoping that some combination of Conger, Dressel, Murray, Ryan, and Stubblefield will emerge as that next generation of true sprinters the USA men really need. I think the six fastest US men this year were Adrian, Phelps, Lochte, Ervin, Dwyer, and Feigen. Of those six, only half have the 50/100 free as their focus, and one is 33. I wasn’t able to verify this, but I have a sneaking suspicion that the US men’s 4×100 free at Pan Pacs was the oldest relay team ever in a major international competition.

All that to say, I’m excited to see these guys do next year. It looks like a stacked team.