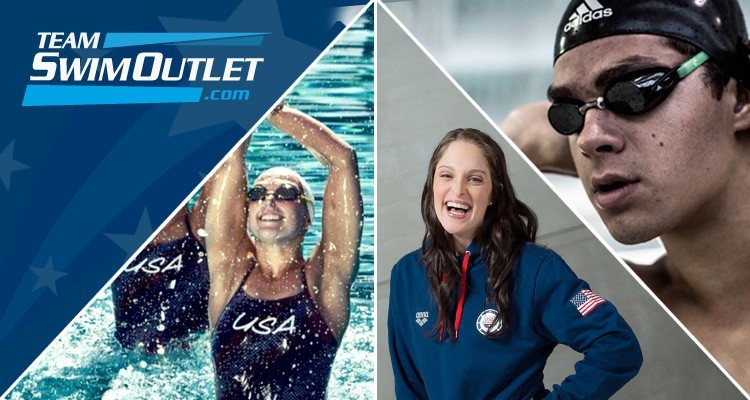 “We wanted to support a mix of swimmers and other stars from aquatics sports in this Olympic year and we’re incredibly excited to work with such a great group of talented athletes who will make up our Team SwimOutlet,” said Alexander Sienkiewicz, Chief Marketing Officer at Spiraledge, the parent company of SwimOutlet.com. “Each athlete has one big goal on their minds this year and we’re excited to be along for the ride in 2016.”

“Since our launch in mid-December, Snapchat has grown faster than any other social channel which we’ve debuted in recent years. It’s a great platform to highlight the unique personalities and daily routines of these stars,” added Sienkiewicz. Team SwimOutlet blogs, social media and contests will be featured on SwimOutlet.com starting in February.

Cammile Adams (@CammileAdams) – 2012 Olympian and world silver medalist in the 200m butterfly at 2015 World Championships. She trains with the elite team at SwimMAC in North Carolina and graduated from Texas A&M in 2014.

Michael Andrew (@SwimmerMichael)– World Jr. Champion at 50m backstroke, Andrew is a rising talent who was named “Male Swimmer of the Meet” at the 2015 World Jr. Championships. He has a unique workout regimen with his father/coach Peter in Lawrence, Kansas, as part of the Ultra Short Race Pace Training program. Age 16, Andrew has set over 80 national age group records and won the 200m IM at 2015 U.S. Jr. Nationals.

Tony Azevedo (@WaterPoloTony) – A four-time Olympian, 2008 Olympic silver medalist and 5x Pan Am champion, Azevedo is one of the greatest water polo players in U.S. history and captain of the U.S. team. Born in Rio de Janeiro in 1981, the 2016 Games will have special meaning for the Brazilian-born, American-raised Azevedo. The U.S. Men’s National Team qualified for Rio with their gold medal at the 2015 Pan Am Games in Toronto. Named by the Pac-12 as Water Polo Player of the Century in 2015.

Anita Alvarez/Mariya Koroleva (@anitaaalvarez / @mkoroleva) – Selected to represent the U.S. in the duet at 2016 Olympics, Alvarez and Koroleva will compete for qualification at the Olympic Test Event in Rio this March. They finished in the top 12 at the 2015 World Championships and top 6 at the prestigious French Open last year. Koroleva competed at the 2012 London Games. They train at SODA Aquatic Center in Moraga, CA.
For more information, visit www.swimoutlet.com, Facebook.com/swimoutlet, twitter/instagram/Snapchat @swimoutlet.

Swimming News is courtesy of SwimOutlet.com, a SwimSwam partner.