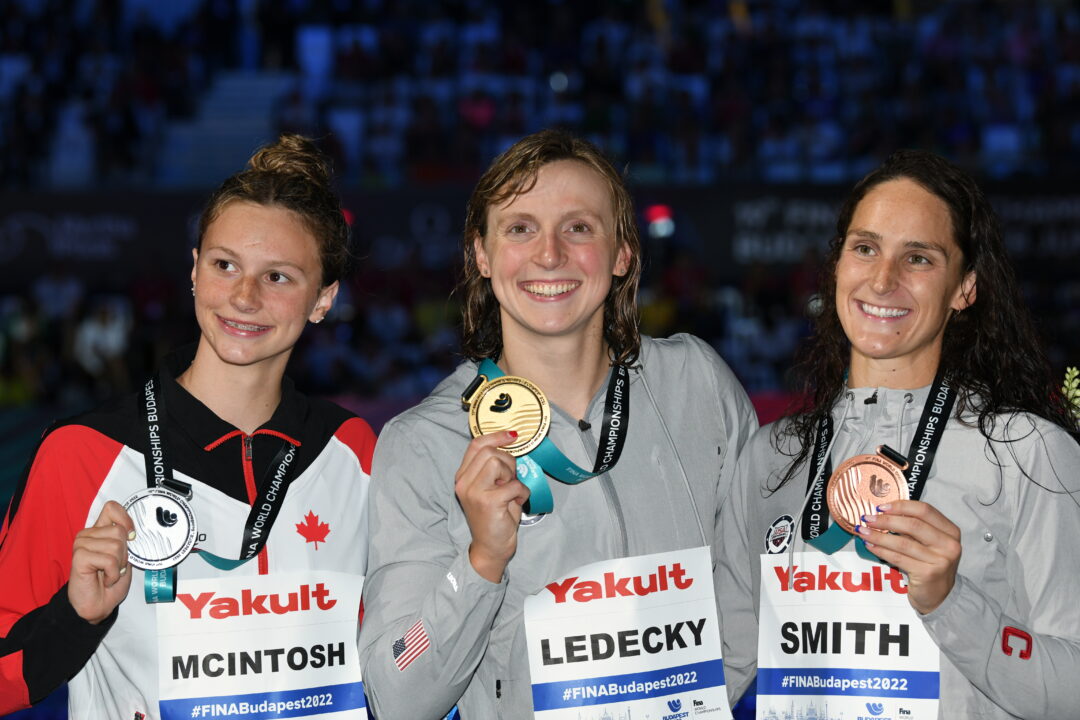 Four different swimmers picked up at least 11 percent of the votes, but Katie Ledecky led the way as the consensus 'Swimmer of the Meet' at Worlds. Archive photo via Fabio Cetti

Our most recent poll asked SwimSwam readers who the top swimmer of the 2022 World Championships was:

Question: Who would you award “Swimmer of the World Championships” if you could only pick one?

The poll featured all six swimmers that walked away with multiple individual world titles in Budapest, though it was obvious it would ultimately come down to Katie Ledecky and Leon Marchand.

The only swimmer to win three individual golds at the meet, Ledecky added a fourth title after swimming a crucial leg on the American 800 free relay, showing form that suggested she could’ve won the 200 free crown had she opted to race the event.

The 25-year-old also became the most decorated female swimmer in history at the World Championships during the week in Budapest, now owning 22 career medals—19 of which are gold.

Her win in the 800 free also made her the first swimmer to win the same event five straight times at the champioships.

But while Ledecky had the career accolades to go along with an exceptional overall performance, France’s Marchand had the most jaw-dropping swim of the meet and two more medals to give him a solid case to come out on top in the poll.

Though the vote was close over the course of the week, Ledecky eventually pulled away and finished at the top with just over 38 percent of votes, while Marchand was second at just under 30 percent.

Using the official point system, Ledecky and Marchand were named the FINA Women’s and Men’s Swimmers of the Meet.

Below, vote in our new A3 Performance Poll, which asks: Is USC and UCLA moving to the Big Ten a positive change for NCAA swimming?