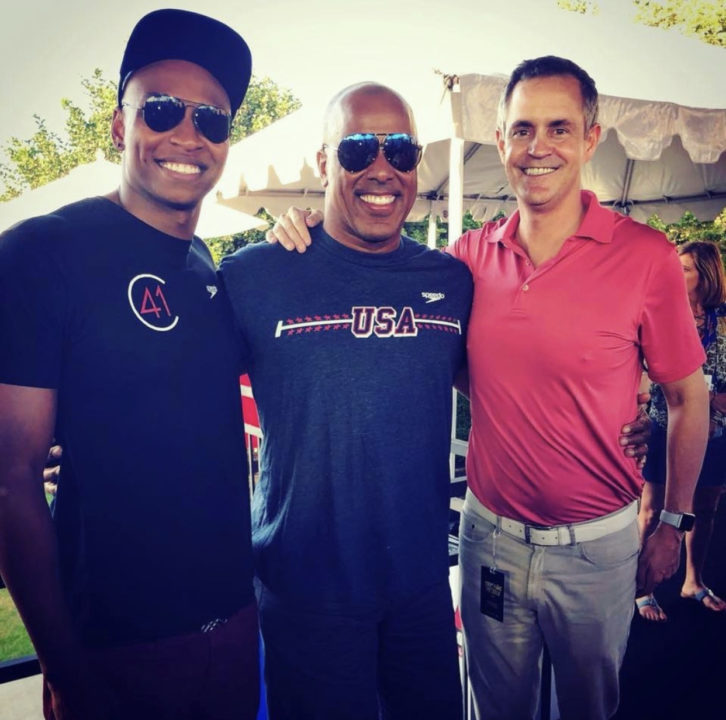 Freeland was a member of the famed PDR Swim Team of Philadelphia coached by Jim Ellis in the 1980s that was immortalized in the Lionsgate film Pride. Current photo via courtesy of Trevor Freeland

We sat down with Trevor Freeland, the 2nd black man to ever win an ACC championship in swimming. Freeland was a member of the famed PDR Swim Team of Philadelphia coached by Jim Ellis in the 1980s that was immortalized in the Lionsgate film Pride. Freeland spoke candidly on his time at PDR and the adversity he faced being on the first-ever all-black swim team. However, Freeland emphasized that he focused on the positive interactions he had with people, and learned from a young age to brush off micro-aggressions from outsiders.

Freeland went on to swim for the University of Virginia under Mark Bernadino, where he saw success in and out of the pool. Not only did he win a conference championship with UVA, but earned his bachelor’s degree in Systems Engineering. Freeland went on to earn his MBA from Duke and is now the Managing Director of Deutsche Bank.

As a fellow UVA swim alum, proud to have Trevor as a representative of our school!

The picture is classic…one more person in the group and it could be an ALL- ACC free relay with some speed. Olympic Gold Medalists
and NC State sprint greats Cullen Jones and David Fox represent the great relationship and mutual respect that Trevor’s Virginia Cavaliers and the Wolfpack have for each other ! Great interview during these difficult times.

I MADE MY ENTIRE FAMILY WATCH! WORLD CLASS!

Great interview! Mel you’re getting really good at your craft.

Trevor is a fine representative of PDR, UVA, Swimming, Wall Street, African-Americans and Humanity. I am proud to call him my friend. Well done, my man.

…his swim knowledge is herculean. During NCAAs, Worlds, the Olympics, he blows my phone up with swimming data.

…I’m re-watching the conversation now, wondering if this came through, but to know Trevor is to love that guy. My swim life expands every time I talk to him, which is often. And while swim is important in his life, foundational, it’s only one dimension. He’s got a lot going on.