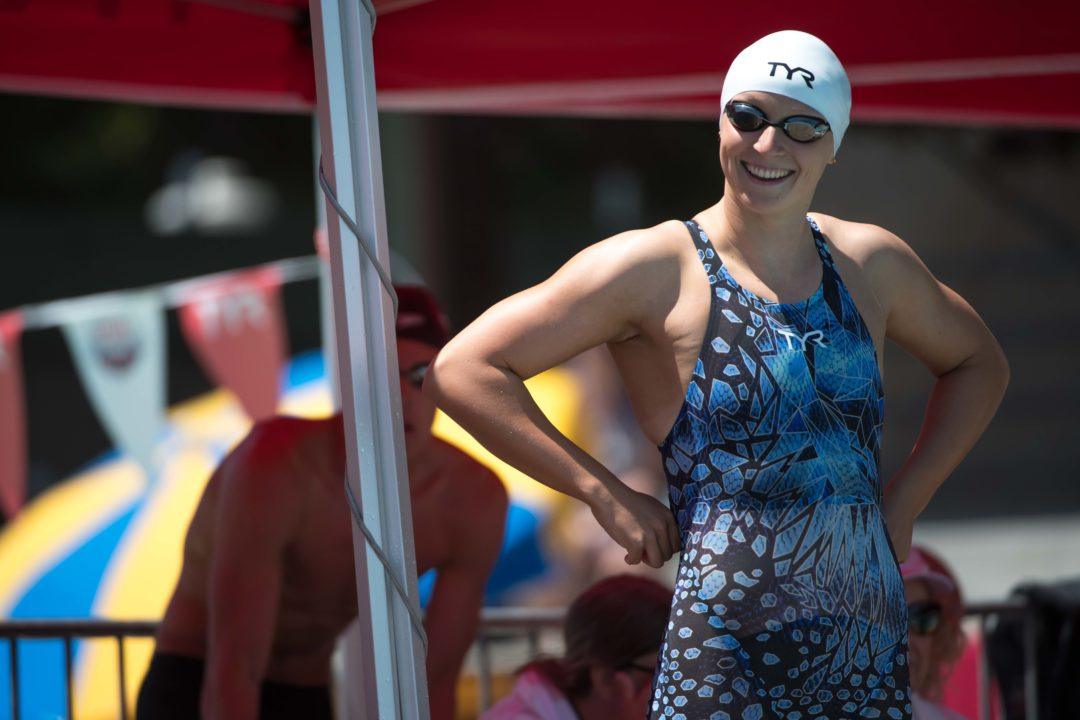 To maximize your muscle gains, eat a high-protein meal after your dryland workout – Shawn would prefer one cooked over an open fire like the Vikings.

We’re back with swimming’s TopTenTweets, where we round up the best of the swimming Twitterverse. From David Marsh‘s secret to success, to Nic Fink‘s rollercoaster of a week, to Katie Ledecky signing with TYR, scroll to see what made the cut!

Having some fun with the kids in Houston showing them explosiveness and fast flips #Coogs #breakoutswimclinic pic.twitter.com/YMMmk19XtT

He’s still got it.

This week’s installment of Olympians: They’re Just Like Us.

Debatable on-air fashion choice, but we of course approve.

“I said 20 point and she didn’t even flinch. Phelps changed everything.”

What if In-n-Out bribery has been David Marsh‘s key to success all along?

thanks @USASwimming for booking us in the hotel across from the theme park for Santa Clara #TYRProSeries. @Nic_Fink really enjoyed his new pre race routine 🤣 pic.twitter.com/3DiuYnGhgR

When it comes to roller coasters, you’re either a Chase Kalisz or a Nic Fink and there’s no in-between.

It was his first ever race, and his first blue ribbon, but my lil dude still knew how to throw that @MichaelPhelps fist pump! #ProudDad pic.twitter.com/MGUOdy8Fy3

My face when I see @caelebdressel is entered in the 50 Breast at the #TYRProSeries in Santa Clara #GoDawgs #50days pic.twitter.com/W2Bwa75cya

Despite the roller coaster fiasco and the Dressel intimidation, Fink was still able to have a solid meet.

Ok I’m glad I wasn’t seeing things on that First Take broadcast. I kept trying to pause my DVR to tell which school’s hat he was wearing and to try and tell if it was even in fact a Swimming & Diving hat. Thanks SwimSwam for the confirmation. Now any idea why he was sporting that hat? What’s the connection?

His daughter went to Georgia, but as far as I can tell, she was never on the team.

It would be cool if we kept track how often certain swimmers are in the top 10 tweets. I think Ledecky would be pretty high up there.

That Ledecky TYR ad is kind of lame. Hopefully they’ll do better soon.