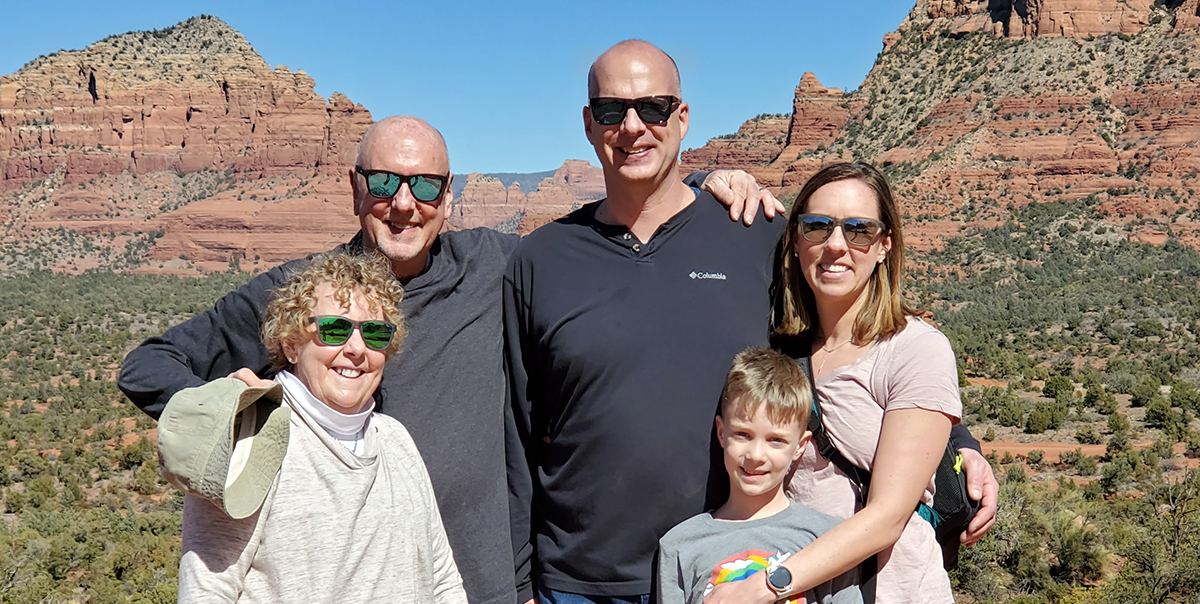 Ahrens has spent almost her entire life as a competitive swimmer, aiding her in relating to student-athletes as she works as SPIRE's Director of Admission. Current photo via SPIRE

If you don’t like the career you’re in, you might want to work in the swimming community and be a part of our swimming family! Go here to see 3286 Swim Jobs.

When she looks back on it, SPIRE’s Director of Admission Lindsey Ahrens says that much of what she has experienced thus far in her life has prepared her for where she is now, personally and professionally.

One of her main responsibilities as SPIRE’s Director of Admission is talking to student athletes and their families who are looking at the Geneva, Ohio international boarding school for high school. Her background as a competitive swimmer, she says, makes it easy for her to relate to them because she understands firsthand what they are looking for.

A competitive swimmer herself from the age of five, Lindsey swam year-round for the Lake Erie Silver Dolphins, one of the oldest and most prestigious swim clubs in the United States. Lindsey excelled with the Silver Dolphins. Lindsey also credits Coach Rick Stacey and Coach Jerry Holtrey for instilling in her both a love for swimming and the motivation to pursue more and more ambitious goals in the sport during the early phases of her swimming career.

Lindsey attended high school at Hawken, another swimming powerhouse, where she swam all four years under the tutelage of Coach Jerry Holtrey, who had also coached Lindsey’s father, Richard Meier, when he was in high school. Coach Holtrey, who was instrumental in bringing 23 consecutive state championship titles and a solid reputation for helping to develop nationally ranked swimmer to Hawken School, was to become a mentor and a close friend to Lindsey in the years to come.

“There was just something special about Coach Holtrey,” says Lindsey. “His coaching went so far beyond teaching the technical aspects of the sport. He motivated us in a way that no one ever had before. Every swimmer on Coach Holtrey’s team was prepared to swim straight through a brick wall for him—he was just that kind of coach, mentor and motivator. I was so privileged to have been coached by him and to still call him a friend today.”

At SPIRE, Lindsey has been introduced to an approach to education, athletics and life in general that she says she’s pleased to have found. “The SPIRE Way focuses on building young people academically, personally and professionally, while also giving them what they need to succeed in life,” she says. “The entire team here focuses on helping student athletes to become well-educated, confident, motivated and self-disciplined human beings. Again, it’s that “whole person” philosophy that helps student athletes realize their peak potential individually while doing great things together.”

Lindsey spent two years swimming at Purdue University in West Lafayette, Indiana before transferring to John Carroll University in Cleveland to finish her undergraduate degree, earning five All-American titles along the way. Lindsey says swimming for two separate schools as a collegiate athlete was also a good experience that has served her well, in retrospect.

“Swimming for both a Division I and a Division III school gave me a unique look at both types of programs,” she says. “I’m now in a better position than I would have been had I only competed in one division when I talk with our student athletes about what things to take into consideration when choosing a college.”

Lindsey came to her position as SPIRE’s Director of Admission last September after working as an English teacher, swimming coach and Assistant Director of Admission at another school. She and her husband live in Mentor, Ohio, where they enjoy hanging out with their four children. Lindsey also enjoys designing and making jewelry, as well as watching competitive baking shows—and experimenting with the recipes—with their seven year old son.

Lindsey says she runs more often than she swims these days, but the lessons she learned in the pool transfer to running and to life in general. “My swimming background taught me that hard work, commitment and sacrifice always pay off,” she says, “Maybe not right away, but if you stick with whatever it is you’re doing, eventually it will be worth it. Working through those peaks and valleys you have to deal with as an athlete are great preparation for life. I have had the privilege of learning and training within the same types of environments that SPIRE offers—and that has prepared me to advise and counsel the young student athletes who come through my doors in ways I wouldn’t have been able to otherwise.”

SPIRE Institute & Academy (IA) (http://www.spireinstitute.org) is one of the largest indoor, professional training and competition complexes in the world. With more than 750,000 sq. ft. under roof and a campus of 300 acres, SPIRE has the unique capacity to simultaneously host a world-renowned sports academy, clubs, leagues, tournaments and championship events, no matter the weather or the season. SPIRE Academy and its expert coaches, teachers and performance trainers offer residential camp and academy training programs in basketball, track and field, swimming and now in esports and drone/robotic/AI/emerging tech as well. The comprehensive mix of professional level training integrates athletics and academics, skills training and performance training and personal and career development in ways that has never been done before. High school and post grad athletes on one campus, pursuing specialty passions ranging from basketball to e-gaming, swimming to drone racing, pole vaulting or sprinting to future opportunities like culinary or cultural arts…is a career development experience that you just won’t find anywhere else in the world today.

SPIRE Institute is the epitome of a ‘real world lab’ for professional, technical and health and wellness research. Like never before, student trainees and elite athletes will have the chance to train, study and be studied side-by-side with weekend warriors, wounded Veterans, Paralympians, Olympians and Special Olympians, as well as juniors, collegians and adults of all ages and ability levels. SPIRE is truly a melting pot of all things relative to long-term training and education development, and all of this delivered within a fun, healthy and inspiring environment. The “SPIRE Way’’ focuses on the development of the whole self – building strong minds, strong bodies and strong character.