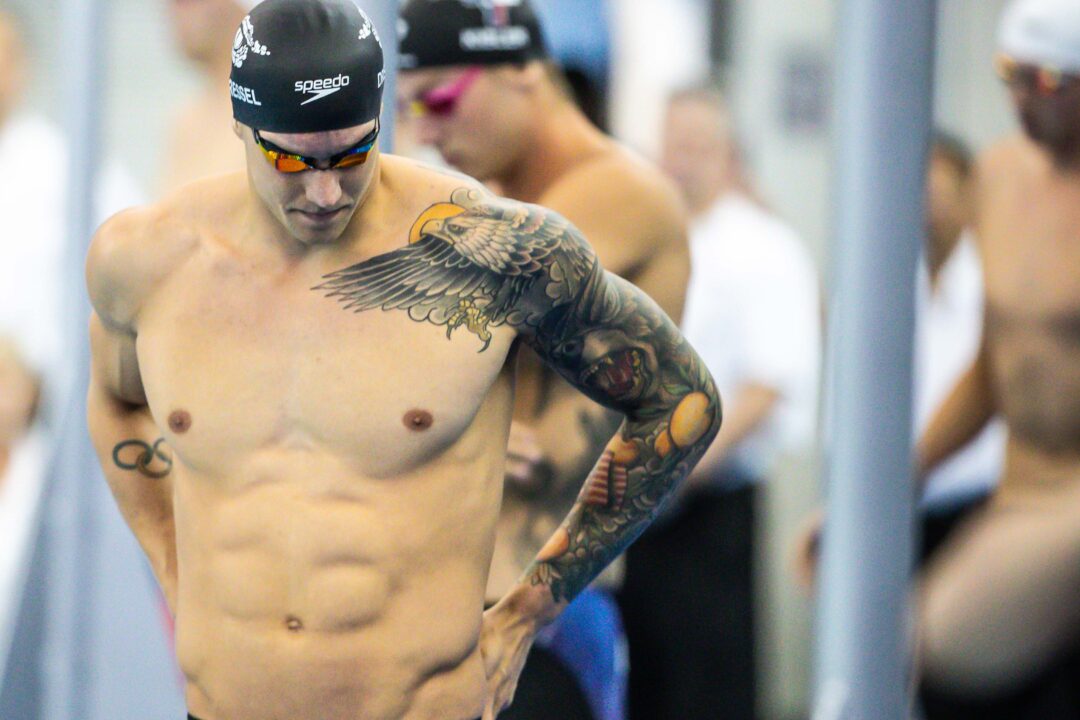 American sprint star Caeleb Dressel seems to tinkering with a new stroke in his 100 free. How is it impacting his race? Current photo via Jack Spitser/Spitser Photography

Following yesterday’s prelim swim, many swim fans were taking notice of some technical changes by the world’s top sprinter, Caeleb Dressel. On last night’s telecast, commentator Rowdy Gaines confirmed as much, saying that Dressel has been “tinkering” with his stroke.

Dressel’s longtime coach Gregg Troy retired from coaching following the Tokyo Games, meaning Dressel switched his primary coaches to Florida’s Steve Jungbluth and Anthony Nesty. So what exactly has the Olympic champ changed, and what impact is it having on his race?

The most significant change comes in Dressel’s right arm, which is noticeably more vertical during the recovery than 9 months ago in Tokyo. His left arm is also slightly more vertical, though his Tokyo race displays a stroke with a fairly vertical left arm but a much more relaxed right arm.

The main result is a slightly faster stroke rate, especially through the middle portion of the race. Take a look at Dressel’s stroke rate (taken over three cycles, then averaged) at various points of the race.

Known for his fantastic start and opening speed, both of Dressel’s first 25’s were fairly similar. The difference starts to come in as he gets deeper into the race, where his stroke rate begins to climb in Tokyo but maintains very consistent through the first 75 in Greensboro. Despite his closing tempo being similar, there was a much starker fall on the final third of the race, as opposed to a more gradual slowing of his tempo in Tokyo.

One simple explanation for that difference is that he isn’t in peak form for the US Trials and will be able to close better in Budapest, or perhaps the adrenaline of an Olympic final propelled him to a near-superhuman finish. A slightly more nuanced thought is that sustaining a higher stroke throughout the race is more taxing, and may be a trade off for an unbelievable finish.

To find out the final answer, we’ll have to wait until the men’s 100 final in Budapest two months from now.

It’d be cool to have stroke counts beside his tempos for both races, since here we only get about half the story. Looked to me like his turn hurt him more than anything. I think the power of the stroke overall looks better with the straight arm though the right hand entry looks like it’s having some negative effects. Good to have things you can clean up when you’re already going so fast.

Technically, the best-looking Dressel to me was 2019’s Dressel. At least in freestyle.
The 2019 WC meet was to him what 2007 Melbourne was to Phelps. I often wonder, if Tokio had happened in 2020, what he’d have achieved. Now we’ll never know.

By the way I can’t recall a single time where tinkering with a stroke has brought real benefits to an already accomplished swimmer. Phelps, Lochte, Thorpe tried and it didn’t pan out. Maybe he will be the outlier.

Brett hawke did a podcast yesterday talking about why his competitors should worry about Dressel and his stroke. For anyone interested in what I am talking about here is the link to his video.
https://youtu.be/AULoPaDEoRA

Dressel doesn’t make finals due to his new stroke. Does he know about Swimswam’s displeasure?

7
-34
Reply
someone
Reply to  Notanyswimmer

4
-1
Reply
Notanyswimmer
Reply to  someone

He’ll have the second fastest PB out of all those participating in the 100 free at Worlds (Chalmers not swimming, Kolesnikov banned), and he still has more time to drop as the youngest guy. If Dressel slips (that stroke is indeed ugly) then the race is all his.

Popovici goes nice times…when there’s not a massive wash around him.

What really matters is the change in his underwater portion of his stroke.

How has it changed? I haven’t seen underwater footage from this meet.

His performance seems to vary somewhat with how much hand-pitching he does underwater. Sometimes it seems like he’s losing power with too much break at the wrist, in an effort to keep his palm facing backward.

Im saying that I don’t know if it has changed but that is the part that matters the most because that is the generator of forward movement.

Can someone ask him in an interview why he changed it up, what the benefits he and his coach think it will bring

It will enable him to break the rubberized record in the 50 free. 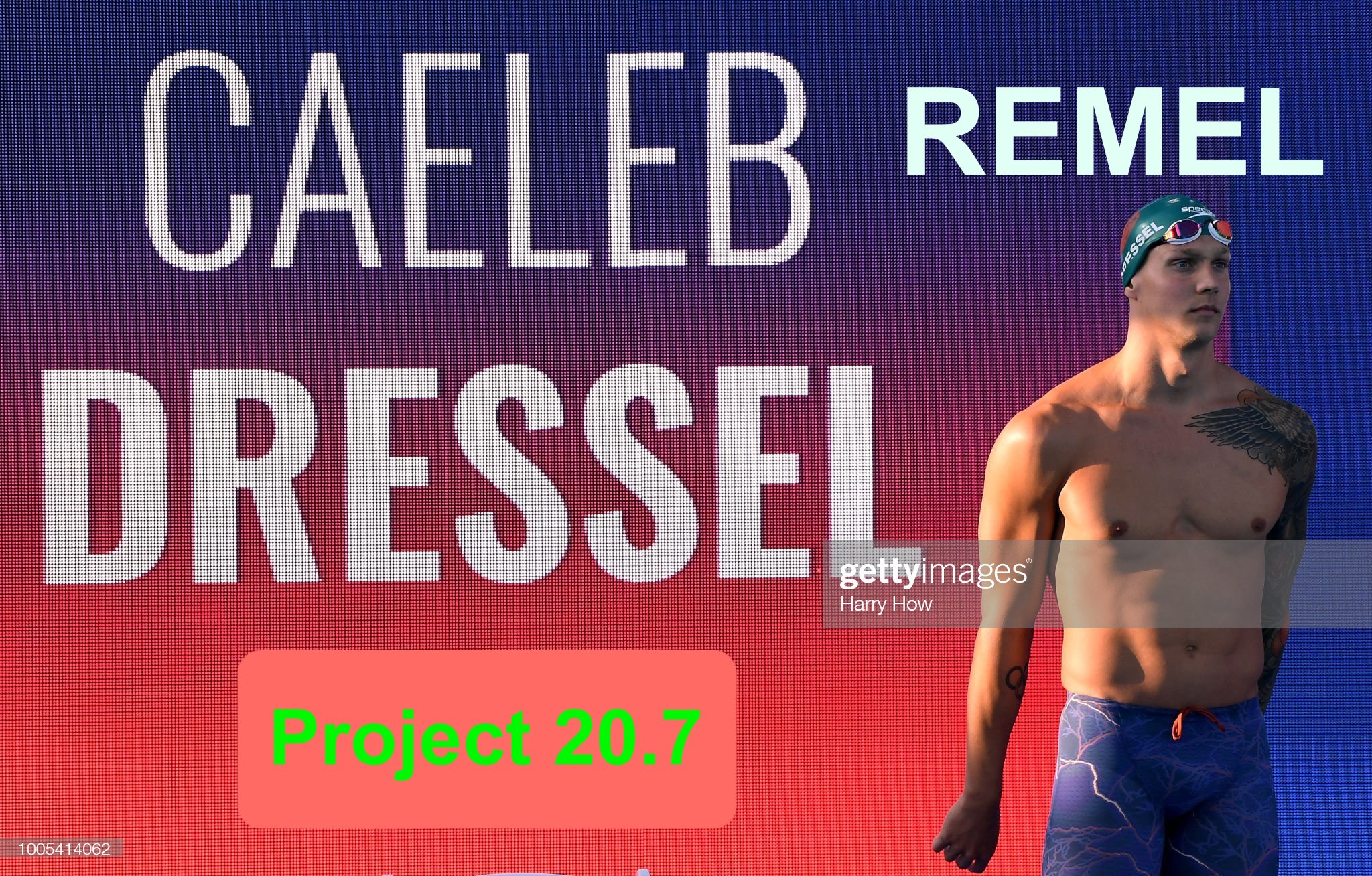 Thanks for this! I was wondering about it when I watched yesterday and this comparison to Tokyo is excellent. Obviously my opinion here means nothing and he is clearly still getting results, but man do I think his new stroke is ugly.

I haven’t been able to see a video yet of this new stroke (unavailable so far in Australia) but I thought it was ugly in Tokyo too. But it gets results.

0
0
Reply
someone
Reply to  Meow

very explosive new stroke, but i think it would suit the 50 more, maybe keep his old stroke for a 200 since its a bit better for rythmn

0
0
Reply
Ol' Longhorn
Reply to  someone

Don’t you recognize Janet Evans’s freestyle biomechanics when you see it?