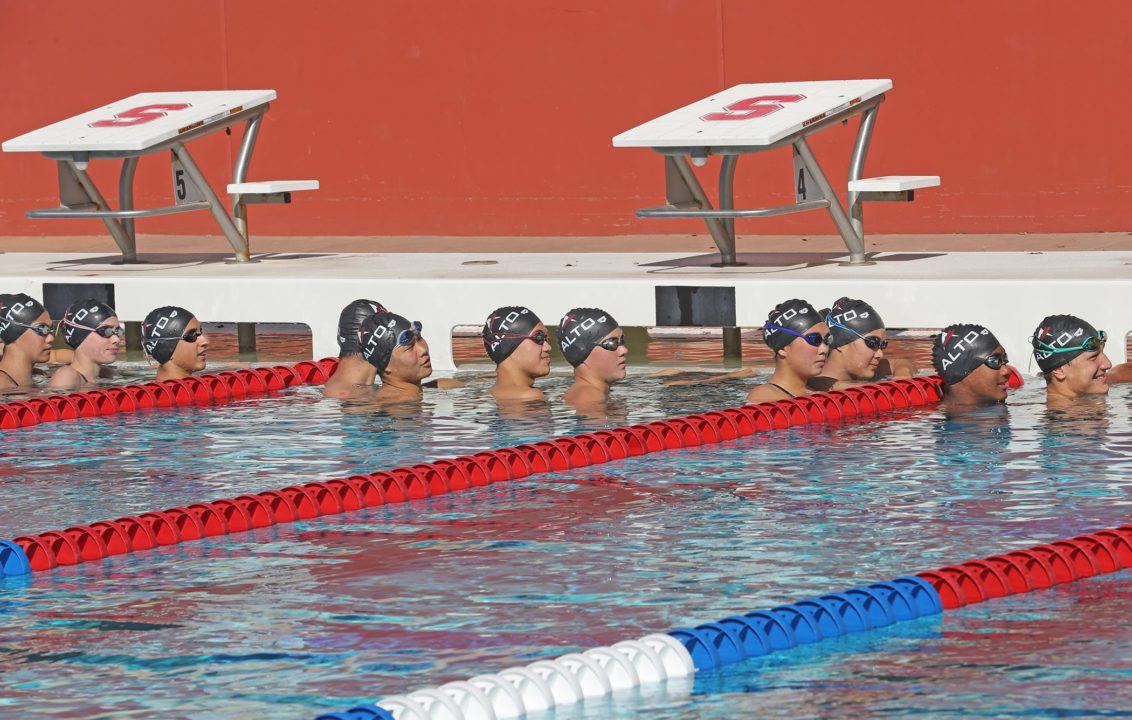 In conjunction with former PASA-Cardinal head coaches Joey Sementelli and Laura Mitchell, Alto offers instruction for 18 & unders as well as collegiate and professional swimmers. Eighteen & under swimmers are coached by Sementelli and Mitchell, who each lead the National Group and Senior program, respectively; Sementelli is a former volunteer assistant coach for the Stanford women’s team.

“This new partnership represents a shared vision that has developed over several years and works to further pursue a longstanding tradition of excellence in the Bay Area,” Meehan said in a press release. Alto trains at the Avery Aquatic Center at Stanford University, as well as at multiple other facilities in the Palo Alto area.

PASA sites have always operated independently of each other, but the new program will allow for a greater sense of team unity within the university-based location, Meehan told SwimSwam via email.

“It gives ALTO the opportunity to create its own identity in the area,” he further explained.