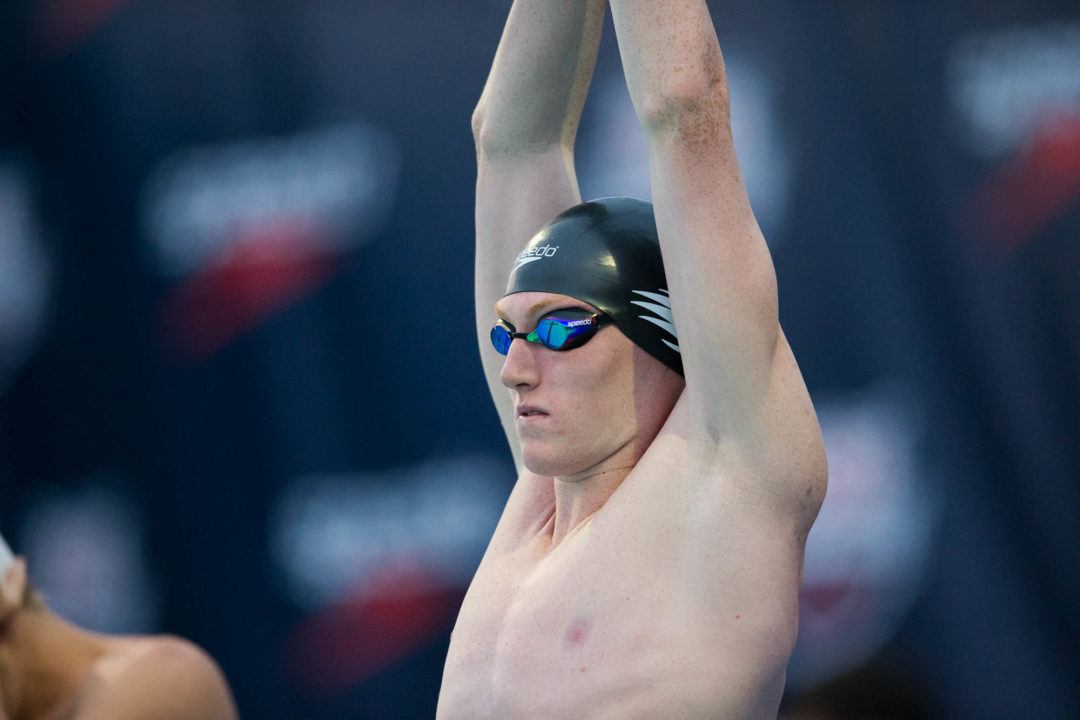 Three captains have been named for the Stanford men’s swimming & diving program. Seniors Patrick Conaton and Sam Perry, along with junior Matt Anderson, have been announced to lead the Cardinal for the 2017-18 season. Conaton will serve his second-straight season as a team captain, after leading the team during the 2016-17 season with then-seniors Spencer DeShon, Tom Kremer, and Maxwell Williamson.

Anderson is a rising junior from Scottsdale, AZ. The breaststroker has been to NCAAs both seasons with Stanford, most recently swimming the breaststroke leg on both of the Cardinal’s medley relays at the 2017 NCAA Men’s Championships. Individually at those championships, he finished 24th in the 100 breast and 28th in the 200 breast. Next year, Anderson will be the Stanford SAAC (Student-Athlete Advisory Committee) vice president and co-chair Cardinal RHED (resilience, health and emotional development).

Conaton is a rising senior out of Bronxville, NY. A backstroker, Conaton won the B final of the 200 back and finished 22nd in the 100 back at the 2017 NCAA Men’s Championships, helping Stanford secure a 5th-place finish there. He was also named to the 2017 Pac-12 All-Academic second team. Conaton will serve with Anderson as VPs on Stanford‘s SAAC and will co-chair the committee for community service.

Perry, also a rising senior, is a native of New Zealand. He reached All-American status in the 100 free, placing 7th at the 2017 NCAA Men’s Championships, will adding a 12th place finish in the 50 free. Perry was also essential on Stanford‘s relays, anchoring both medleys and the 400 free relay to top-8 finishes and leading off the 200 free relay to a 10th place finish. Like Conaton, Perry was named to the Pac-12 All-Academic second team. He will represent New Zealand at the 2017 World Championships this summer in Budapest, set to race the 50 free and the 400 free relay.

Stanford is looking to continue to trend upwards after their 5th place finish this past season, which signified a brighter future following a shaky first few seasons under head coach Ted Knapp.

Perry always been really solid at every level