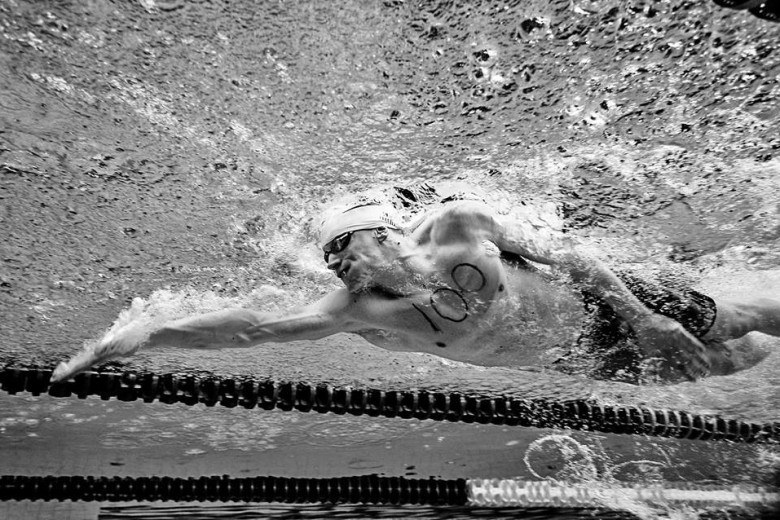 Lewis Coleman has sent us the splits from the World Record-crushing 100 x 100 meter freestyle relay. The race, swum in a 25 meter pool, really shows off just how many superstars Coleman was able to rally in his effort to raise money for Swim4Leukemia.

When we first reported the record-breaking performance yesterday, around £11,938 ($16,100) had been collected. As of this posting, there have now been 555 donations made to the tune of £18,795.28 ($25,420). And that’s just a portion of the donations – other folks, like David Hailey, have raised thousands more on their personal pages.

You can still donate and track the donations here.

Below are all of the splits from the 100 participants, Note that the first split, Oliver Coleman, is Lewis’ 10-year old little brother, who Lewis Coleman has referred to as his “inspiration” and who Coleman said has “taken it all on with the mindset and heart of a fully grown man” for the last 19 months since finding out that their mother was diagnosed with Leukemia.

If you don’t think that the swimmers took the event seriously, just check out some of the splits. For Lewis Coleman himself, racing on the anchor, his split was just .07 seconds shy of his lifetime best.

Below, Olympians are denoted in bold letters, and the number of bold letters in the chart just showed how well-tended this event was. Among the more notable exchanges includes Harry Needs passing off to his fiance and former World Record holder Rebecca Adlington early in the swim, and Lauren Quigley handing off to older brother Grant Quigley.

In addition to the Olympians, there’s several other swimmers who have represented the Brits internationally; Lauren Quigley is an example of that, as she seems like a solid bet as a future Olympian herself. Also in that class is young James Guy

In the “blast from the past” category, Karen Pickering and Steve Parry were both on board as well.

For anybody wondering, there were 6 swimmers, all males, who dipped under the 50 second barrier. The best split was Adam Barrett in 47.76 in the middle of the race. He’s the British National Record holder in the men’s 100 SCM butterfly, which was done in December at Scottish Nationals.

…also, at least 22 of them are female. Really impressive!

Personally I think that out of courtesy this record should stand for a long long time. I’d hate to see a group of Americans go for the record when Lewis organised this to raise money for his mum and has done so very successfully. Congrats to him- he and the others have pulled off an amazing thing.

Just to clarify, the money wasn’t raised FOR Lewis’ Mum, it was raised for Research for Leukaemia and Lymphoma Research to help people in future in gratitude for what had been done for his Mum.

Adam Barrett 47.76 wow. But the fact they managed a 53 sec/100m average is incredible, I just can’t believe it

I think the gauntlet’s been thrown down. So, who’s going to organize a US attack on this record? It would seem that August 4th in Irvine would be a perfect time — get 50 or so kids from Juniors to stick around, encourage 50 or so from Nationals to show up earlier, throw a bulkhead in Woollet and go for it.

I’d love for a group of Americans to go for this record, but I’d also like us to compete not just in terms of total time, but money raised. It wouldn’t feel right to me to see the Brits do something for charity, and then have us answer by simply one-upping their time, as though that’s all we took away from this story.

agreed completely. If you created a group of entirely males over the age of 18 you should relatively easily be able to find 100 that can all go sub 50 without too much trouble… or at the very least find 100 guys that can go 52 or better.

I wholly agree on the charity front. And, while there are certainly 100 people in the US that can average the swim time to beat it, organizing them at the same pool on the same day with the same motivation is a HUGE feat.

Still incredibly impressed with this relay – from the organization, the times and the money.

Patrick, I was really upset with your posting earlier, but you have redeemed yourself with your last post 😉 The main focus of the relay was to raise money for Leukaemia research because of the dreadful situation that Lewis’s mum is facing at the moment. As a retired Olympian and now a 42 year old mother I was absolutely honoured that Lewis still wanted me to swim even though there were probably a few hundred current swimmers that would record a faster time than me. I’m all for the record being beaten, but don’t steal Lewis’s inspiration, join it and donate to Leukaemia research if you go faster…….!,! XX