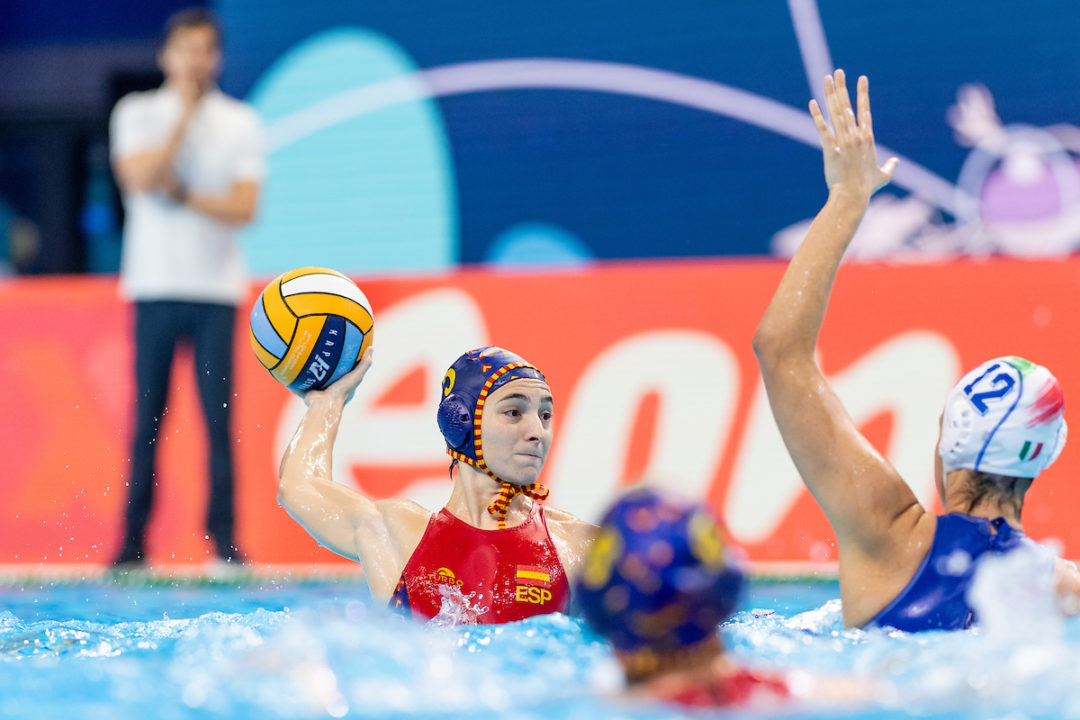 In the first highlighted match of the tournament Spain didn’t leave any chance to Italy and earned a comfortable 16-10 win. Current photo via Giorgio Scala / Deepbluemedia / Insidefoto

In the first highlighted match of the tournament Spain didn’t leave any chance to Italy and earned a comfortable 16-10 win. Spain’s Roser Tarrago enjoyed a terrific match as she netted 7 goals. The other favourites added big wins again.

Though a huge game was expected early in the evening between 2019 world silver medallist Spain and Rio runner-up Italy, it ended up in a bit of disappointment as the game offered no real excitement. It quickly turned into the same one-sided match as any other so far in the tournament: Spain rushed to a 2-5 lead in eight minutes and was already 4-9 up at halftime. Roser Tarrago was simply unstoppable in the first half, she netted 6 and finished the match with 7 goals. Spain was already 5-12 up in the third before the Italians managed to pull back two but the gap never dropped below 5 goals till the end. Besides poor defending, Italy’s miseries were mirrored by their shooting precision, only 13 attempts were on target out of 27.

In the other games Russia set the daily scoring record once more, this time with 27 goals (against Serbia – the men’s match tomorrow is set to see a different outcome). The title-holder Dutch side almost repeated the same win against Germany (23-3) what they had delivered against Israel on the opening day (22-3). In fact, the big teams’ defences worked well today, Greece also conceded only 3 goals, and Hungary held Slovakia on 2.

France earned an important and comfortable win against Israel and took the first important step to secure a quarter-final berth – they still need to overcome Germany in the next round on Wednesday.

Today the first positive VAR-check occurred (goal was called and the call stood in the game between Italy and Spain), on the opening day a call had been overturned and the goal was revoked after the referees checked the replay.