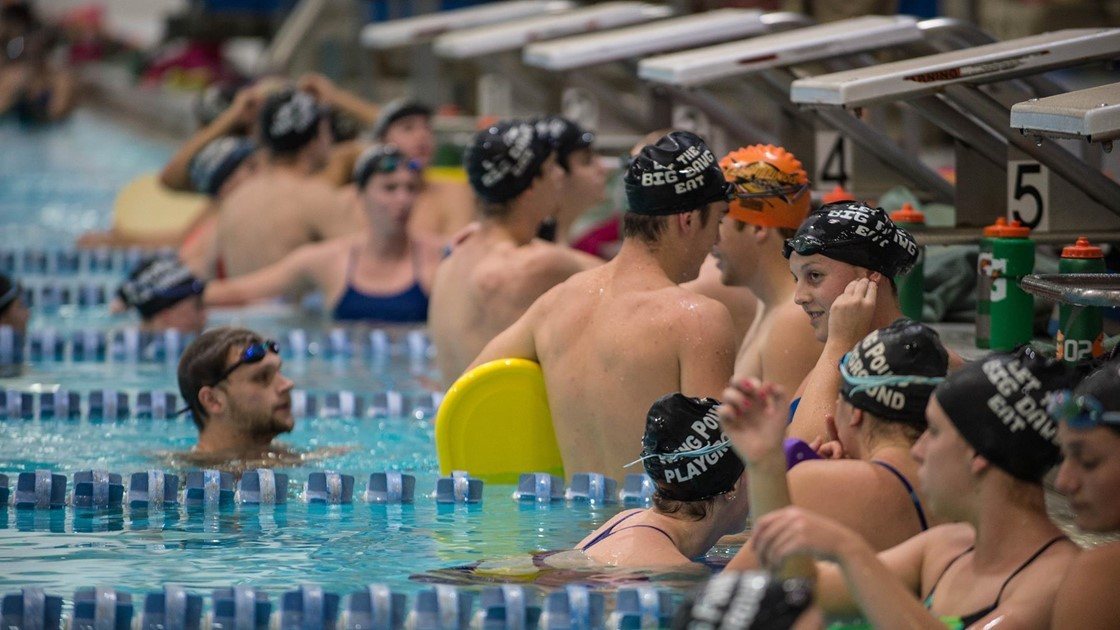 In what it’s calling a cost-cutting move, Southern Illinois University in Carbondale, Illinois has announced that it will cut the... Current photo via SIUSalukis.com

In what it’s calling a cost-cutting move, Southern Illinois University in Carbondale, Illinois has announced that it will cut the number of men’s swimming scholarships it offers by 3.9 per year, leaving them with 6 scholarships (out of a maximum of 9.9).

The move comes in addition to cutting the men’s and women’s tennis altogether.

The measures will take effect on July 1, 2017, and the school estimates that it will save $660,000 annually by reducing scholarship costs, salaries, team budgets, travel, and facility rental fees. A total of 16.4 scholarship are being cut – 4.5 in men’s tennis, 8 in women’s tennis, and the 3.9 in men’s swimming.

Student-athletes who choose to remain at Southern Illinois will retain their financial aid packages until graduation, or the student-athletes can choose to transfer, without penalty, at the end of the school year.

“This was an incredibly difficult decision because of the impact it will have on the lives of our student-athletes and staff,” said Director of Athletics Tommy Bell. “These student-athletes have been great ambassadors for our University, excelling both in competition and in the classroom.”

The announcement comes in addition to more than $1 million in cuts made last year, leaving the school with a $21 million operating budget.

Most of the school’s athletics teams compete in the Missouri Valley Conference (MVC), but that conference doesn’t sponsor men’s swimming. The Southern Illinois men’s swim team finished 4th out of 7 teams at last year’s MAC Championships.

CARBONDALE, Ill. — Southern Illinois University announced today that Intercollegiate Athletics will implement additional cost-cutting measures that include the elimination of two sports (men’s and women’s tennis) and the reduction of scholarships in men’s swimming & diving.

These measures will take effect on July 1, 2017. Athletics expects to save approximately $660,000 annually in scholarship costs, salaries, team budgets, travel and facility rental fees, when all of the cutbacks are fully realized.

The cuts will reduce Athletics’ total scholarship outlay by 16.4, eliminating 4.5 scholarships in men’s tennis, 8.0 in women’s tennis, and 3.9 scholarships in men’s swimming & diving. The department will continue to honor the financial aid of all student-athletes affected by the decision until they graduate. These student-athletes are also permitted by NCAA rules to transfer to another institution without penalty at the end of this school year.

“This was an incredibly difficult decision because of the impact it will have on the lives of our student-athletes and staff,” said Director of Athletics Tommy Bell. “These student-athletes have been great ambassadors for our University, excelling both in competition and in the classroom.”

Bell said Athletics currently has a $21 million operating budget. That figure reflects more than $1 million in cuts made last year, achieved by reductions in sport budgets and support staff, and consolidation of positions. Additional cuts were needed, he said, due to ongoing declines in revenue from student fees, ticket sales as well as budget forecasts indicating reduced future revenue.

“We have spent the past 18 months cutting costs and streamlining the way we do business in Athletics, in the hopes we could avoid eliminating sports,” Bell said. “In light of the severe budget environment, we simply ran out of options. As budgets are cut across campus, Athletics must do its part.”

“I deeply empathize with the human toll this decision creates,” Colwell said. “I’ve met members of these teams and found them to be among the best and brightest at SIU. Nevertheless, I concur with AD Tommy Bell that this outcome was necessary. In fact, I believe it helps position Athletics to thrive going forward.”

The men’s tennis program at SIU began in 1924 under head coach William McAndrew. The program has won 789 matches all-time and 18 conference championships, most recently in 2016. Men’s tennis also won a NCAA Small College national championship in 1964. The women’s tennis program began in 1975 under head coach Judy Auld. Current head coach Audra Anderson is just the fourth head coach in program history. Women’s tennis has won 569 matches all-time, including two conference championships. Each team has been recognized by the Intercollegiate Tennis Association (ITA) as an All-Academic Team in eight out of the last 10 years by earning a cumulative team GPA of 3.2 or higher.

Q: Why is this being done?
A: We are making this decision due to ongoing declines in revenue from student fees and ticket sales, as well as budget forecasts indicating reduced future revenue.

Q: Why were the tennis programs chosen for elimination?
A: We conducted a cost-benefit analysis on all 18 of our intercollegiate sports programs, and considered the potential impact such a decision would have upon our student-athletes, the University, the community, our alumni and supporters. Factors considered include conference affiliations, status of facilities and shared expenses.

Q: Will this decision have any impact on SIU’s affiliation with the Missouri Valley Conference, the MVFC or NCAA?
A: No. We will offer 16 intercollegiate sports moving forward.

Q: Why not make cuts elsewhere in the budget rather than cutting sports?
A: Athletics has operated under the same cost-reduction guidelines as the rest of campus. In FY16, Athletics reduced its budget by $1 million. This was accomplished through operating budget reductions and consolidation of staff. As budgets are cut across campus, Athletics must do its part.

Q: Will you honor the scholarships for current tennis student-athletes?
A: Yes. For those who remain in good academic standing at SIU, they will retain their financial aid until they graduate.

Q: What is the anticipated cost savings of eliminating the tennis programs?
A: When fully implemented, Athletics expects to save $560,000 annually from eliminating men’s and women’s tennis. Savings will come from scholarships, salaries, team budgets, travel, and facility rental (SIU currently rents SportsBlast for indoor practice and competition.)

Q: How long will it take to realize those savings?
A: Some savings will be immediate, such as sport budgets and travel. Savings from scholarships will depend upon how many student-athletes with remaining eligibility choose to complete their academic careers at SIU. Presently, the men’s tennis program has four juniors on scholarship, and the women’s tennis program has four juniors and one sophomore.

Q: Was Title IX factored into this decision?
A: Yes. Athletics hired a Title IX consultant to conduct a thorough assessment of SIU’s compliance status. Athletics is committed to providing participation opportunities for male and female students in numbers proportionate to their respective enrollments, by imposing roster management limits.

Q: Why make this decision now?
A: We arrived at this decision after a 12-month process that involved a thorough budget impact analysis and Title IX review. The decision involved consultation with the Intercollegiate Athletics Advisory Committee (IAAC) and the approval of SIU Interim Chancellor Brad Colwell and System President Randy Dunn.

Intercollegiate Athletics Advisory Committee (IAAC) Statement
On January 12, 2017, the Intercollegiate Athletics Advisory Committee (IAAC) voted by a majority to support the Athletic Department’s decision to reduce sport offerings on the Southern Illinois University Carbondale campus beginning in the 2017-2018 school year in response to the ongoing budget crisis on the SIU campus and in the state of Illinois. After reviewing the Athletic Department’s financial position and confirming that all other options for cost reduction have been exhausted, the IAAC reluctantly agreed that sport elimination was the only responsible course of action. Declines in state appropriations, student enrollment and ticket revenue, as well as numerous other factors during the last five years have dramatically altered the financial landscape for Athletics, and this decision, although not a panacea, reflects a prudent response to these ongoing challenges.

I would be pissed

This is garbage. Most of a scholarship is space in a classroom and doesn’t cost anything. Yes room, board and books cost money but the dorms are probably paid for, the books are over charged, and the food made in bulk.

Not surprised at all. Look how many pac12 teams haven’t had a men’s program for decades. Absurdly, UCLA lost theirs in the early 90’s. Washington doesn’t even have a women’s program anymore. ASU was on the brink some years ago and the alumni stepped in. Sad that this is the state of college swimming with its popularity in the age group ranks. Parents still think there are full swimming scholarships out there for their kid. Those days are so long gone.