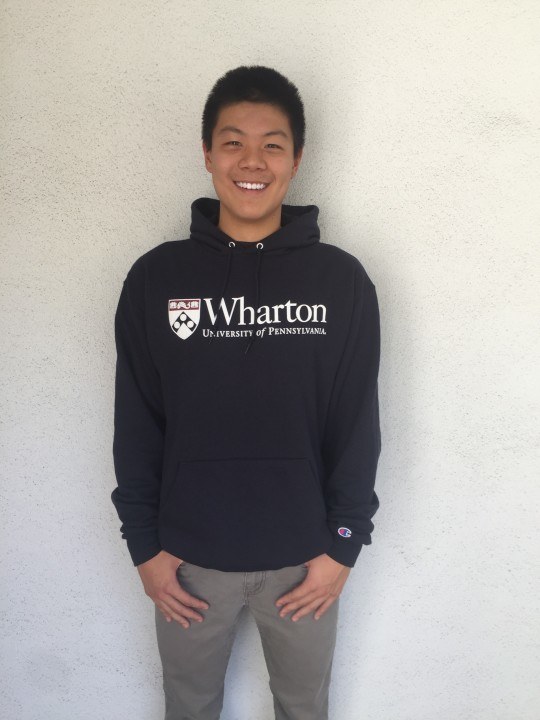 Breaststroker Alec Hsing has made a verbal commitment to the Penn Quakers.

Quakers’ Head Coach Mike Schnur has pulled in another breaststroker with the recent verbal commitment* of Alec Hsing to the University of Pennsylvania’s class of 2020. Hsing is a senior at Harvard-Westlake School in Los Angeles, and until recently a member of Swim Pasadena.

A junior nationals-level breaststroker, Hsing will join one of the deepest breaststroke groups in the Ivy League. While the Hurwitz twins, Cole and Jordan, and Michael Wen will all be seniors when Hsing shows up in Philadelphia, Colin McHugh, of the storied McHugh (think Brendan) Penn dynasty, will only be a sophomore.

Hsing’s top times over the last two seasons include:

Hsing’s best times would have earned him entry into the “B” finals of the 100 and 200 breast at 2015 Ivy League Men’s Championships, but he will need to develop a strong third event to be a big impact player. At the CIF-SS Division I meet last May, Hsing place third in the 100 breast but failed to qualify for finals in the 100 fly. His 200 IM is about 3.5 seconds off the “C” final cut-off point at the conference level, although his 400 IM would have made it (all 24 entrants got a second swim).

*DISCLAIMER: Hsing has not yet been officially accepted to Penn. As is true with all Ivy League schools, Penn’s Admission Office will not send its acceptance letter until the beginning of December, along with those of all Early Action candidates. The procedure for a recruited athlete like Hsing is for Admissions to review his transcript and SAT scores, “support his application for admissions in the fall,” issue a Likely Letter, then offer him acceptance into the class of 2020.