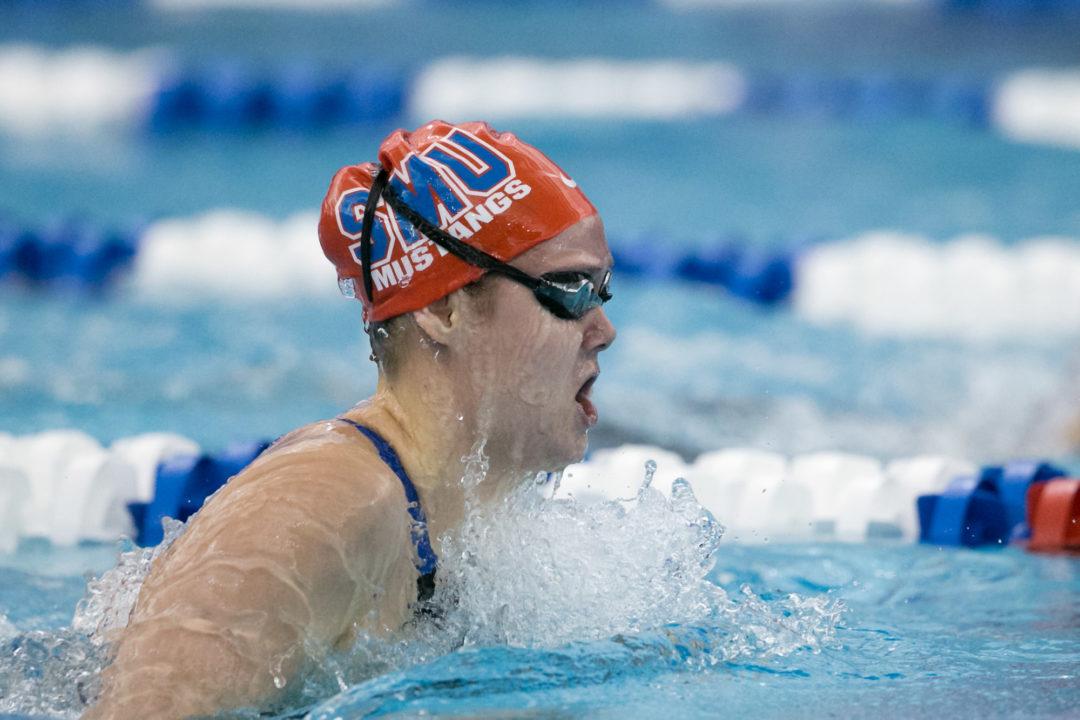 The SMU men’s and women’s swimming and diving programs were awarded Team Academic Excellence Awards by the American Athletic Conference, league officials announced Tuesday. The selections are made by the conference’s Academic Affairs Committee. The winners were chosen based on the 2016-17 grade-point average of each student-athlete who appeared on an institution’s roster as of the last contest of the championship segment in each conference-sponsored sport.

The Mustang men are one of only two programs to earn the honor each year since the conference’s inception in 2013-14, joining the Memphis women’s soccer team. This is the second honor for the women, having previously topped the league following the 2013-14 season. Most recently, both programs were recognized by the CSCAA as Scholar All-America teams. Along with the team honors, six men and six women earned individual All-America honors.

The women posted a cumulative GPA of 3.56 during the 2016-17 school year, which included a program-best 3.64 for the spring semester, while the men registered a 3.31 GPA.