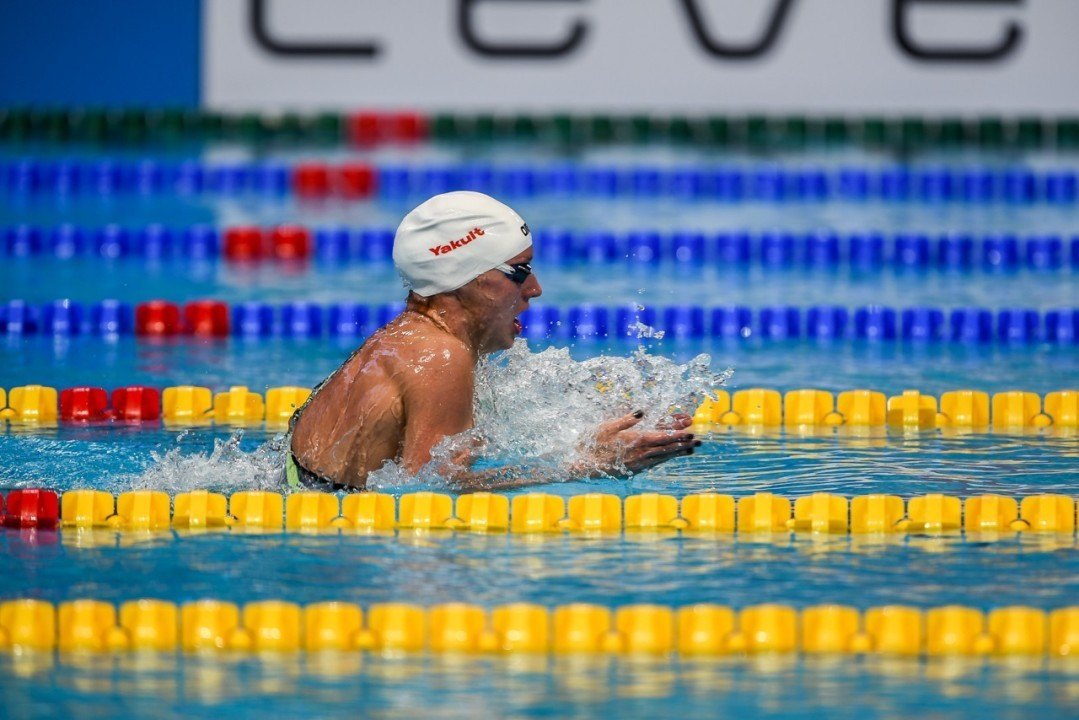 Katinka Hosszu from Hungary is one of the many high-profile athletes who may miss out on racing in Singapore amid air quality concerns. Archive photo via Peter Sukenik/www.petersukenik.com

Updated since original publishing. Per the Team Leaders Meeting, heats are now scheduled to begin at 10am local/10pm Eastern. For events with 25+ swimmers, the competition will run with heats in morning/finals at night.  For events with less than 25 swimmers, the events will be swum as timed finals. The 10 fastest swimmers will swim in the evening, the remainder during morning heats. **See NOTICE handed out at meet site below (courtesy of Marion Swimming Club, South Australia)

The final stop of the 2nd cluster of the 2015 FINA World Cup Series in Singapore is facing possible cancellation due to air quality concerns.  The event is taking place at Singapore’s swimming showpiece, the OCBC Aquatic Center, which is an outside venue.

The Pollutant Standards Index (PSI) has been at alarming levels, which signaled FINA Executive Director, Cornel Marculescu, to reassure spectators and athletes at a pre-meet press conference that “the health of swimmers and spectators are of paramount importance.”  As such, the women’s 800m and men’s 1500m freestyle races have already been canceled to protect the health of the competitors.

Yesterday, Australian athlete Kenneth To posted his trepidation on the “haze situation” via Instagram:

Easy swim to loosen up after our flight to Singapore. Bad haze here so fingers crossed the meet will go on! #200psi

Event organizers will be taking a PSI reading just before the start of the prelims session, which is scheduled for 9am local/9pm Eastern.  If the PSI reading exceeds, 200, the session will be canceled.  The National Environment Agency’s health advisory recommends avoiding prolonged or strenuous outdoor physical activity when PSI levels reach between 201 and 300. In the event of cancellation, organizers say ticket holds of the affected sessions will indeed be refunded.

Says world record holder Katinka Hosszu (HUN) of the situation,  “Obviously it’s unfortunate but we can’t do anything about it. We just have to make the best of the situation. If we can get up to race in the finals I think it would be great.”