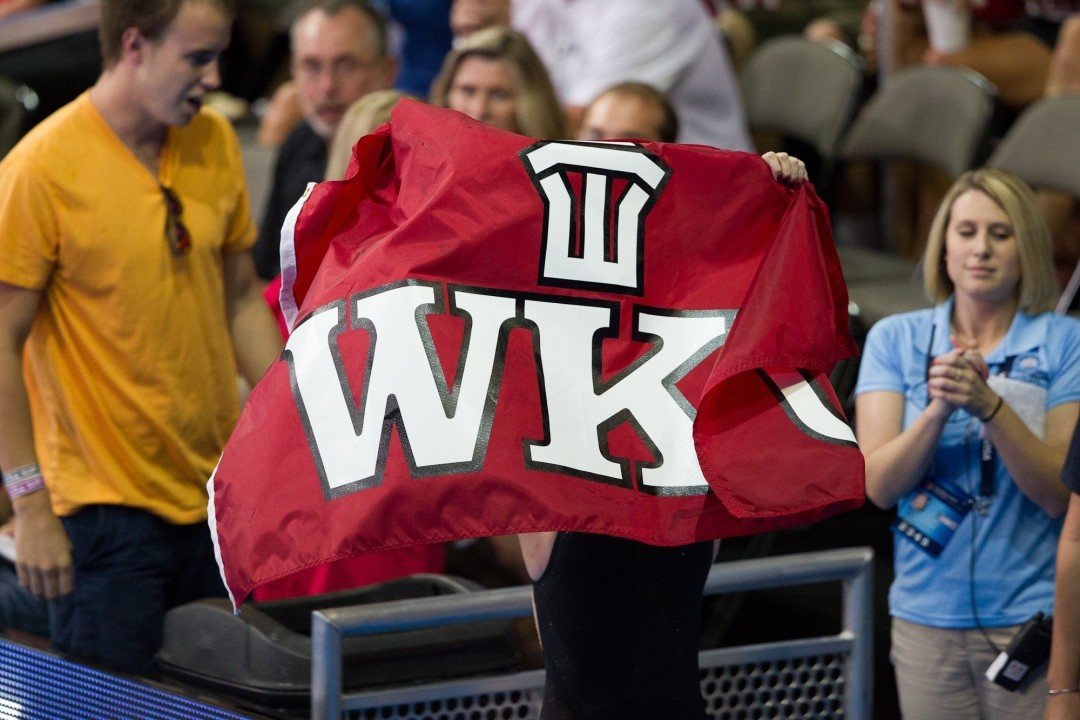 WKU faces a federal lawsuit stemming from the hazing allegations that led to its program's 5-year suspensions. Archive photo via Tim Binning/TheSwimPictures.com

This past April, Western Kentucky University announced that it had suspended its varsity men’s and women’s swimming and diving programs for 5 years with head coach Bruce Marchionda, associate head coach Brian Thomas, and head diving coach Chelsea Ale all being terminated. The announcement came in the wake of a Title IX investigation into allegations by multiple former swimmers that the team partook in hazing and that the coaching staff knew about it and did nothing to intervene.

Now, one of those former swimmers, Collin Craig, has filed a federal lawsuit against Western Kentucky University, Marchionda, WKU’s Athletic Director, Todd Stewart, as well as two associate athletic directors and 3 former teammates.  Craig claims he was ‘physically, mentally and emotionally abused, suffered discrimination on the basis of his sex’ and that the abuse caused him to be ‘unable to enjoy his athletic scholarship.’

In terms of the school’s staff specifically, Craig’s suit alleges negligent hiring by the athletic department and Marchionda, as well as assault, battery, defamation and intentional infliction of emotional distress against his former squadmates.

The lawsuit seeks an unspecified amount of punitive and compensatory damages.  The University commented to Bowling Green Daily News that it had not yet seen the lawsuit.

Why is he making this WORSE

Are you really blaming the victim? He is just following his rights, the people involved should be ashamed and all the info should come out. Good for him for being strong and trying to get some sort of justice

0
0
Reply
The other Hulk

It’d be good to see ALL information regarding this case. I don’t like victim blaming, but “Unable to enjoy his scholarship ” is a bit on the wild side and opens up the slippery slope.

Where do we draw the line? Coach made me train a way I don’t like, and because I disagree with how we’re training, and claim it’s unsafe and “assault” (hypothetical, not this EXACT situation).