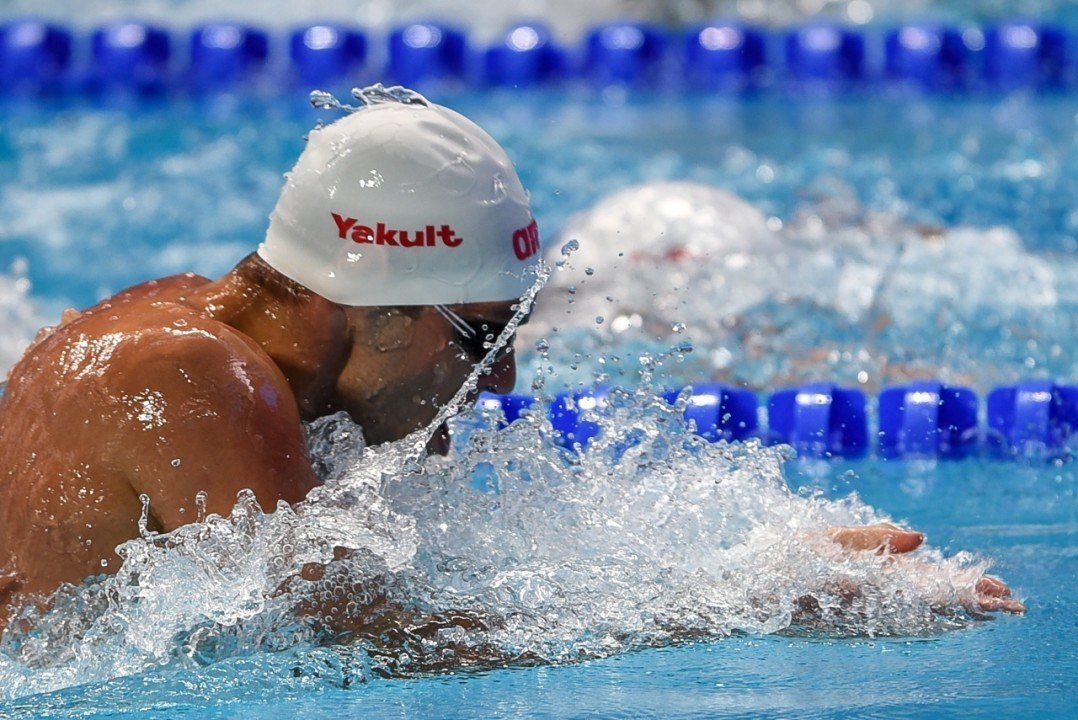 Caba Siladi of Serbia rocketed to a time of 59.96 to win the men's 100 breaststroke on day one of the Budapest Open. Archive photo via Peter Sukenik/www.petersukenik.com

Adam Peaty recorded his 5th fastest swim in history during finals at 2021 British Trials which gives him the 20 fastest swims in the event in history.

The 2019 Budapest Open kicked off Wednesday at the Danube Arena, the site of the 2017 FINA World Championships.

In addition to Hungarian swimmers, there are plenty of international athletes competing, with Turkey, Slovakia, Greece, Serbia and Estonia among the nations being represented.

The top swim of day one came from Serbian Caba Siladi, who won the men’s 100 breast in a time of 59.96. Siladi set the Serbian National Record back in March at the Hungarian Championships in Debrecen, going 59.40 which currently ranks him 13th in the world.

Estonian Martin Allikvee was the runner-up in 1:00.47, lowering the 10-year-old National Record previously held by Martti Aljand at 1:00.56. Allikvee came into the meet with a best time of 1:01.35, and had brought that down to 1:01.31 in the heats before dropping almost a second in the final.

Another familiar name in action was Hungarian veteran Krisztian Takacs, who won the men’s 50 free in a time of 22.65 over Turkey’s Yalim Acimis and Estonia’s Daniel Zaitsev, who tied for silver in 22.73.

The 33-year-old Takacs has competed at the last four Olympics and is the Hungarian National Record holder in the 50 free with his 21.42 from the 2009 World Championships.