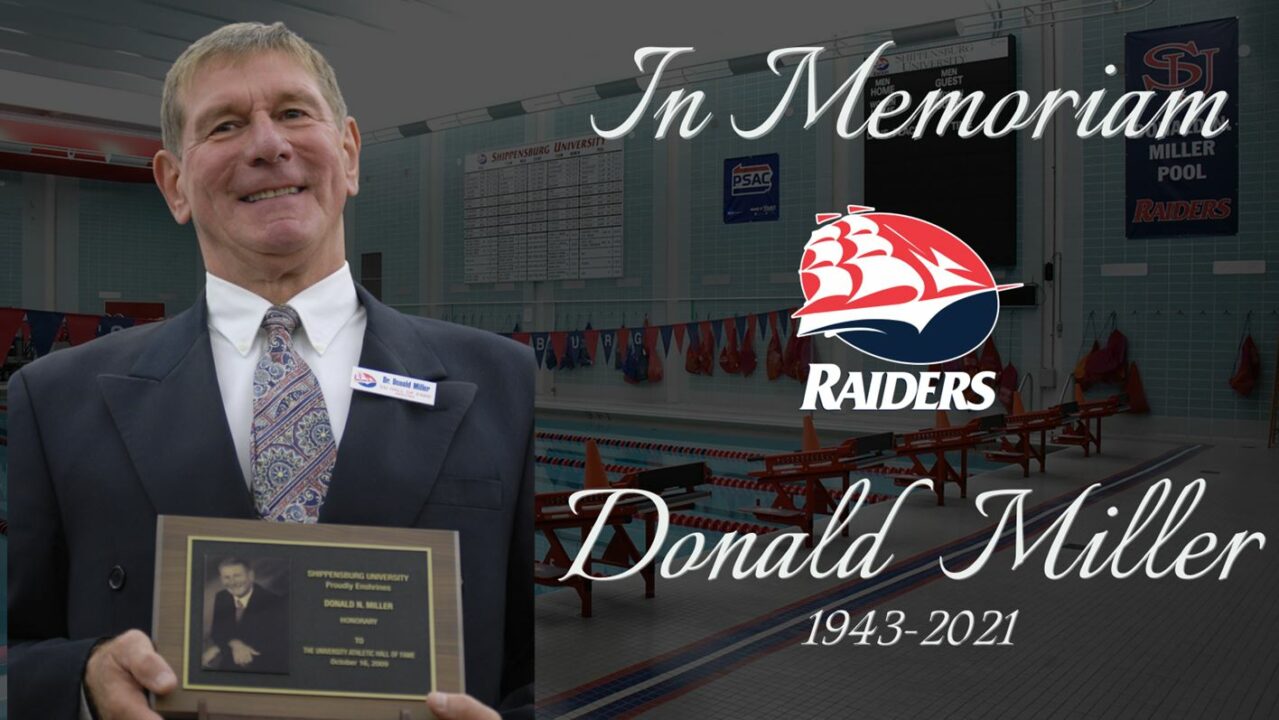 Miller, inducted into the Shippensburg University Athletics Hall of Fame in 2009, is one of the most successful coaches in school history. Current photo via Shippensburg Athletics

SHIPPENSBURG, Pa. – The Shippensburg University Athletics Department is saddened to learn of the death of former coach Donald N. “Donnie” Miller. Shippensburg extends its sincerest condolences to his family and friends and to the countless individuals he mentored and influenced.

During his tenure, Miller produced more national champions than any other swimming coach on the East Coast, including Division I competition. Under his guidance, Shippensburg University men’s swimmers won 13 individual national titles, set five national meet records and compiled a graduation rate of 90 percent or higher. All 49 of his All-American swimmers graduated.

The men’s swimming team’s first season was its only losing season in 20 years under Miller, as Raider swimming finished atop the East from 1988-91. After placing second at the conference meet for 12 consecutive seasons from 1978-1989, Miller guided the men’s swimming team to PSAC Championships in 1990 and 1991.

In 1991-92, his final season as the head coach of men’s swimming, Miller helped instruct 12 swimmers to All-American status — the most ever in program history — as Shippensburg placed among the nation’s top five programs for the fourth consecutive year at the Division II National Championships.

In 1991, he received the ASCA Award of Excellence for the ninth consecutive year and the College Swim Coaches “Master Coach” Award at the 1990 World Swim Clinic. Miller also received the CSCAA award for outstanding contributions to college swimming. In 2006, Miller was inducted into the South Central Chapter of the Pennsylvania Sports Hall of Fame.

In addition to his role with swimming, Miller served as a member of the faculty at Shippensburg University for 35 years. He was a professor from 1969 until his retirement in 2005. Miller also served as an assistant football coach for five seasons from 1969-73.