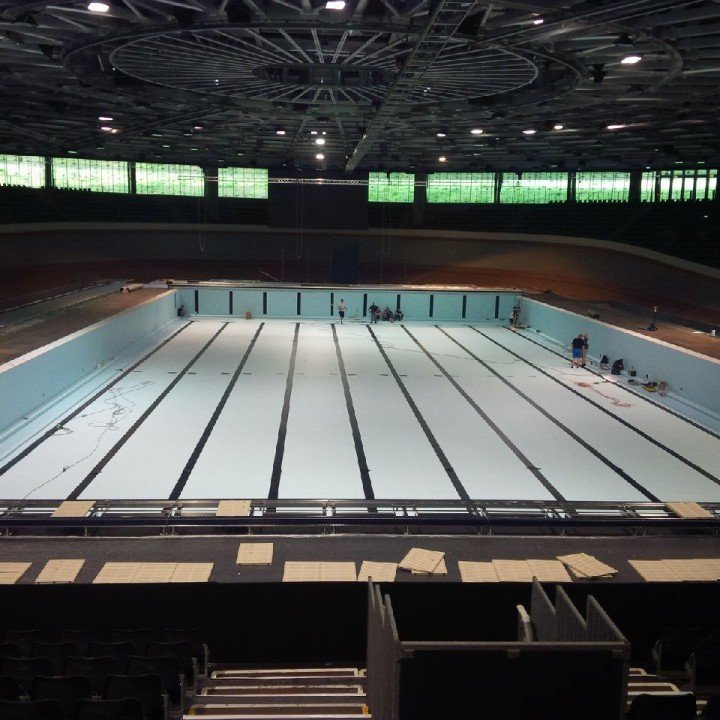 The transformation of the Velodrome in Berlin, Germany for the 2014 European Aquatic Championships is almost complete. The Velodrome in...

The transformation of the Velodrome in Berlin, Germany for the 2014 European Aquatic Championships is almost complete. The Velodrome in the Europa Sports Park, which holds 12,000 at it’s max for concert hosting duties, has been transformed from it’s standard use as an indoor track cycling venue to a pool for the upcoming meet. It was originally built as part of Berlin’s failed bid to host the 2000 Summer Olympics.

A temporary 10-lane pool has been installed in the center of the cycling track, and is almost ready to be filled with water. Below, the organizers of the championships have shared some photos of the progression of the facility.