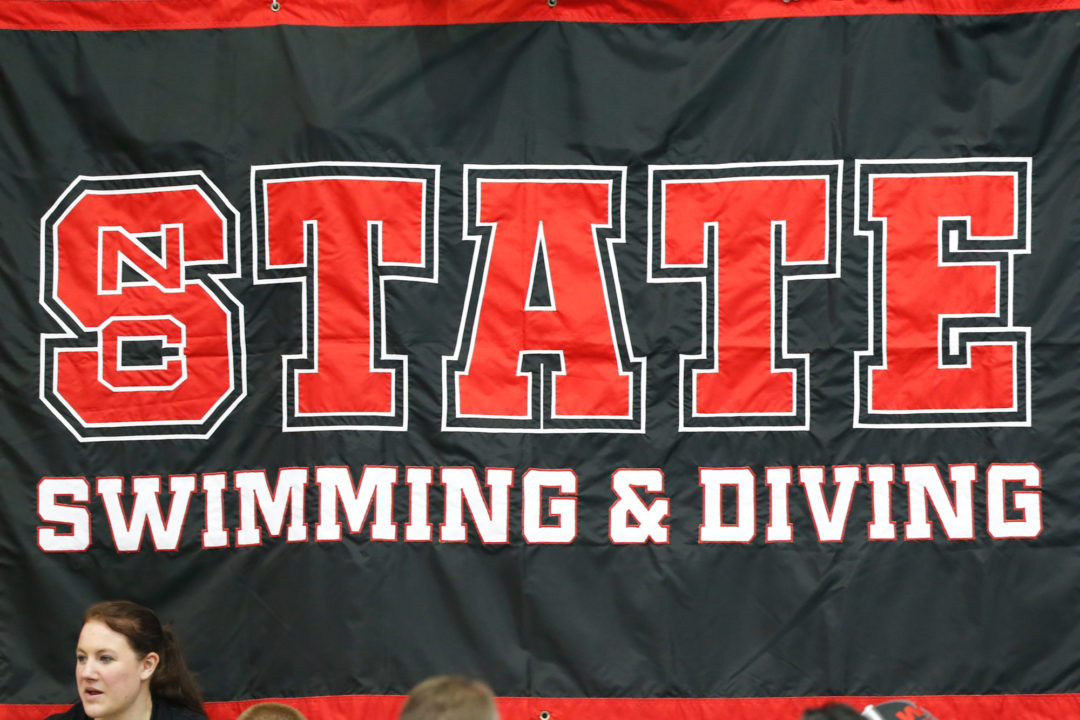 Cameron Karkoska, an SEC-scoring breaststroker for the LSU Tigers, is transferring to NC State for his senior year in 2020-2021. Stock photo via Tim Binning/TheSwimPictures.com

Cameron Karkoska, an SEC-scoring breaststroker for the LSU Tigers, is transferring to NC State for his senior year. He’ll begin with the Wolfpack this coming fall.

Karkoska will actually be graduating from LSU this summer and will take grad school courses at NC State during his final year of collegiate eligibility.

“A lot of the guys made me feel at home even though I wasn’t able to visit campus at all,” Karkoska told SwimSwam. “I really felt like it was an easy decision with the coaches being so friendly and the guys so welcoming. And on top of that, they have a great graduate program for my major.”

Karkoska’s SEC times would have scored for NC State in the ACC last year. His 100 breast would have been 12th and his 200 breast 8th.

That fills a major hole for NC State, as Karkoska was faster than any other NC State breaststroker was last year. The Wolfpack’s top breaststrokers were 53.8 Jack Moranetz in the 100 and 1:56.8 Rafal Kusto in the 200. Both will be juniors next year alongside the senior Karkoska.

He joins an NC State recruiting class that we ranked #3 in the nation (with Karkoska already factored into that ranking).

Welcome to the Wolfpack family Cameron

When you can’t develop your own breaststrokers…..