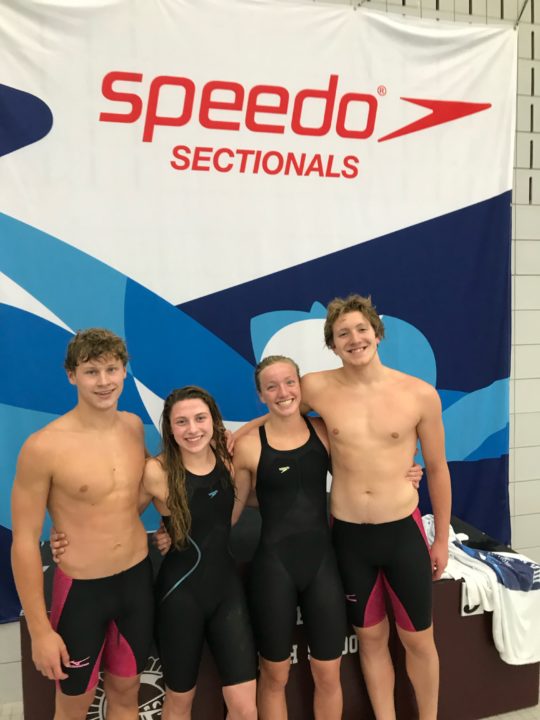 The mixed medley relay raced by the Sarpy County Swim Club on Thursday in Oklahoma is unofficially the first to clear the standard set by USA Swimming. Current photo via JB Barr

Cody Miller released a new vlog this morning on his YouTube channel after a month-long hiatus.

A group of 15-16s from the Sarpy County Swim Club may have become the first to hold the official US National Age Group Record in the 15-16 200 meter mixed medley relay.

The club, based out of Papillon, Nebraska, is racing at this weekend’s Jenks Sectionals in Oklahoma City where they combined for a 1:52.20. According to the USA Swimming SWIMS database, that makes them the first club to clear the benchmark time of 1:56.30 set by USA Swimming last year when they first recognized National Age Group Records in mixed relays.

The race was done in a mid-day time trial on Thursday. If confirmed, this would make at least 9 of the 22 long course mixed relay benchmarks that have been cleared so far, though more may fall this week across the country at Sectionals meets. It would also be the first benchmark cleared in the 15-16 age group out of 4 possible in the age group.

All 4 of them were unshaved and untapered