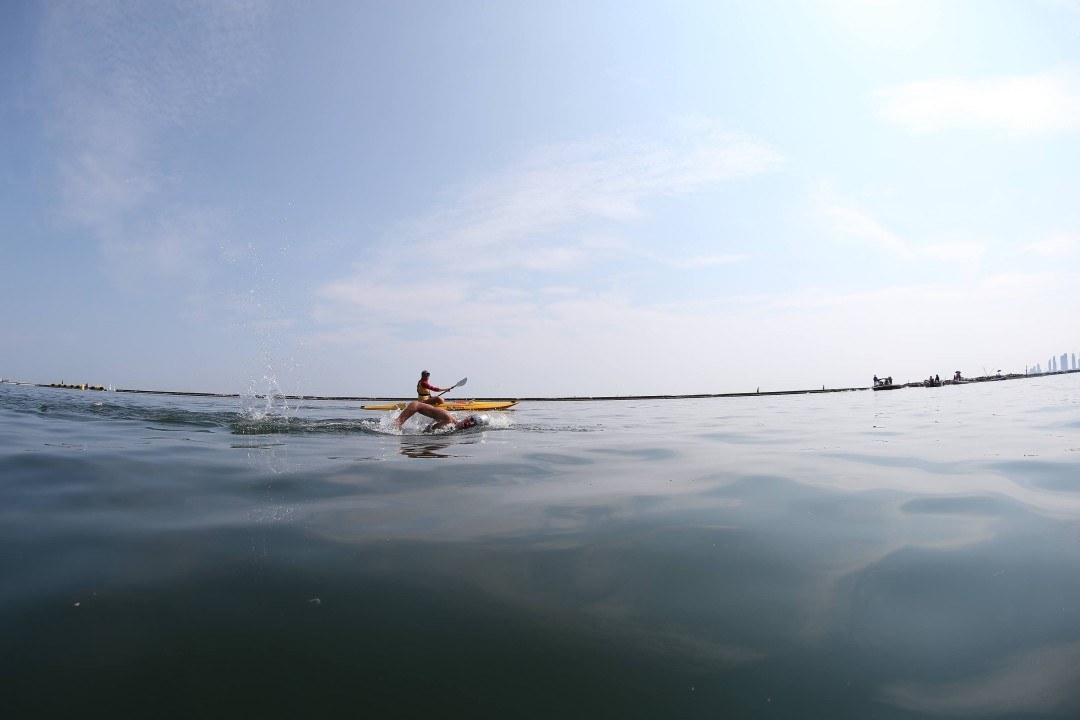 Thomas conquered the swim on Tuesday morning after 54 hours and 10 minutes of straight swimming. A breast cancer survivor herself, Thomas dedicated the swim to “all the Survivors out there,” in a Facebook post before starting the swim. People.com reports that Thomas was diagnosed with “an aggressive form of breast cancer” back in 2017 and went through chemotherapy, radiation and surgery.

Thomas is from Denver, Colorado and was a record-setting marathon swimmer before her cancer diagnosis. In 2016, she completed a 56-hour swim of Lake Powell in Arizona. You can see a video of that swim here.

The English Channel, one of the world’s best-known open water swims, is roughly 20.7 miles across at its narrowest point. Thomas’s swim was at least 84 miles, per the People story. You can see a great diagram of her swim route in the tweet below, from @RicksSwim on Twitter:

Per that Twitter account, which gave periodic updates, photos and maps of the swim, Thomas started her swim at 12:07 A.M. on the morning of Sunday, September 15. You can see video of her finish below:

History taking place.Sarah Thomas landing this morning on Shakespeare Beach in Dover after 54 hours and ten minutes of swimming to complete her 4 way swim of the English Channel.1st EVER OUTSTANDING. #WOW #fourwaychannelswim @emkhowley @Sarahswims04 @outdoor_swimmer pic.twitter.com/S4Q3TncmPl

More photos and updates from the swim are here, on the @RicksSwim Twitter page.

Sarah was a D-1 swimmer at UConn, class of 2004. She is a fantastic ambassador for swimming and one of the greatest people you could ever hope to know. Congrats Sarah! Superhuman achievement!

“I just swam for 54 hours. I think I’ll have a glass of champagne.”