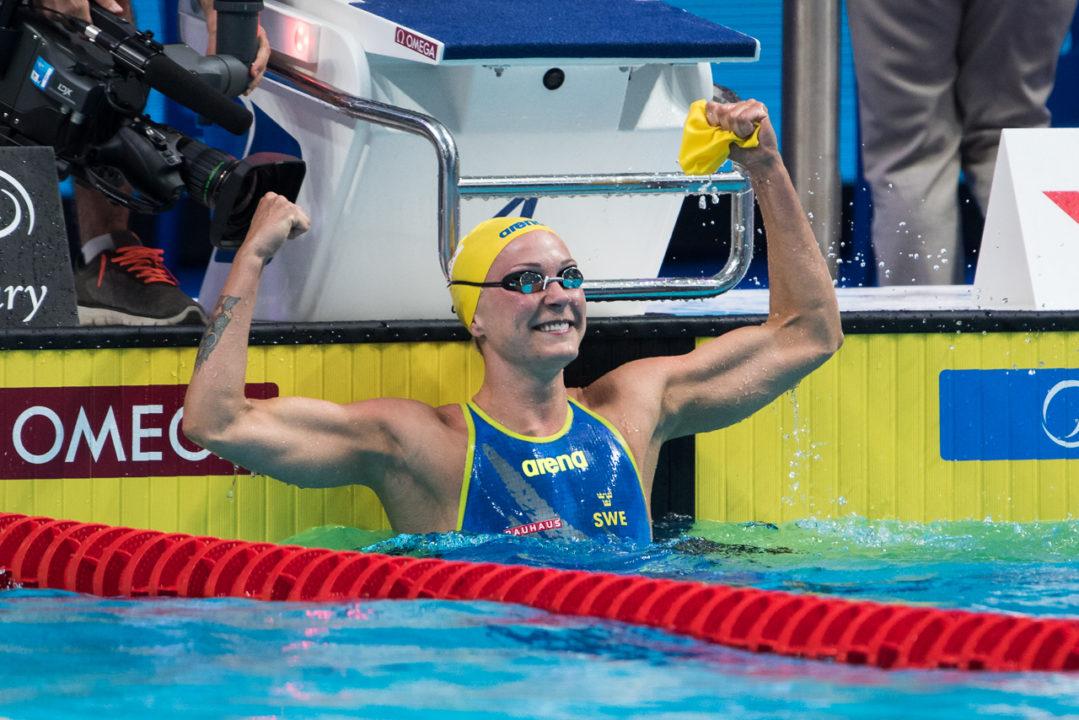 Sjöström took the 50 free and 100 fly in Bergen. Archive photo via Peter Sukenik/www.petersukenik.com

It was business as usual for Sarah Sjöström, as she put down a 56.57 to win the 100 fly tonight in Bergen. She was almost two seconds ahead of Kimberly Buys (58.50), who touched 2nd. Sjöström was back to snipe a win in the 50 free, clocking a 24.14 there. That’s just off of her 24.08 season best, done last weekend at the Stockholm Open.

Philip Heintz continued his strong meet, adding a win in the 100 fly (51.65). That’s one of the best performances in that event in German history — Steffen Deibler holds the German record at 51.19 from 2013.

Giedrius Titenis won the men’s 50 breast by nearly two seconds, going 27.49 there. He also won the 100 breast earlier in the meet.

That picture! She looks like she could arm wrestle 95% of men into submission.