Isaak Webb Transferring from Iowa to Lindenwood; Will Begin with Sister in the Fall 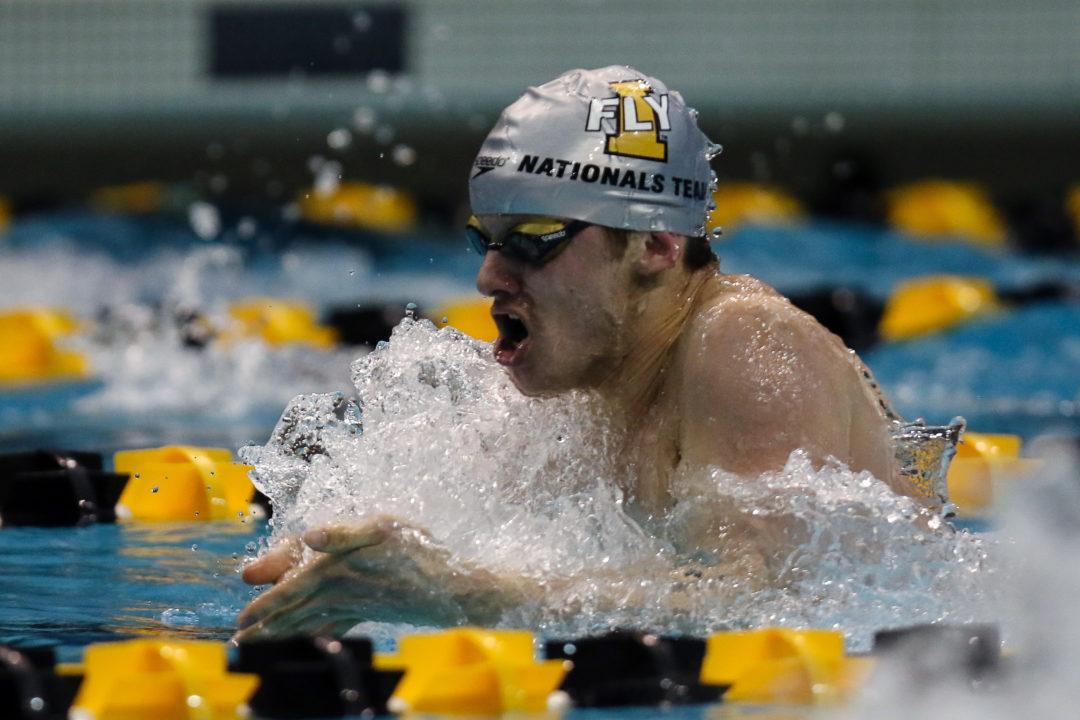 Isaak Webb, a former letterman for the University of Iowa Hawkeyes, has announced he will transfer to Lindenwood University in the fall. He will join the Lions with his sister Madeline Webb, an incoming freshman. Archive photo via CPOSEPHOTO

Isaak Webb, a former letterman for the University of Iowa Hawkeyes, has announced he will transfer to Lindenwood University in the fall. He will join the Lions with his sister Madeline Webb, an incoming freshman.

Webb’s last competition for the Hawkeyes was at the 2017 B1G Championships where he swam the breaststroke leg on the 200 medley A relay and competed individually in the 100 breast, 200 breast, and 200 IM. Webb tore the labrum in his hip at that meet and underwent subsequent surgery in May 2017.

Webb was not on the Iowa roster for the 2017-18 season. He trained under Nathan Mundt, head coach of the Iowa Flyers Swim Club, who oversaw his recovery. Webb was cleared to begin training up to 20 hours per week on December 1, 2017. He competed at TYR Pro Series in Austin in January, where he finaled in both the 100m breast and 200m breast and earned a PR in the latter. It was his sister, Madeline, who encouraged him to reach out to Jason Owen and Jonathan Lau, the coaches at Lindenwood.

“Once I met the coaches, the team and visited the campus I knew it would be a perfect fit for my transition back into college swimming”.

Webb plans to major in Business Systems Development. His top SCY times are:

Generally labrum tears don’t happen from one direct meet, or competition. Most are chronic injuries (some are even structural deformities the person has had since birth) that become exacerbated by training. Still a bummer injury for a young guy.