Ryan Lochte to Train in Australia This Fall 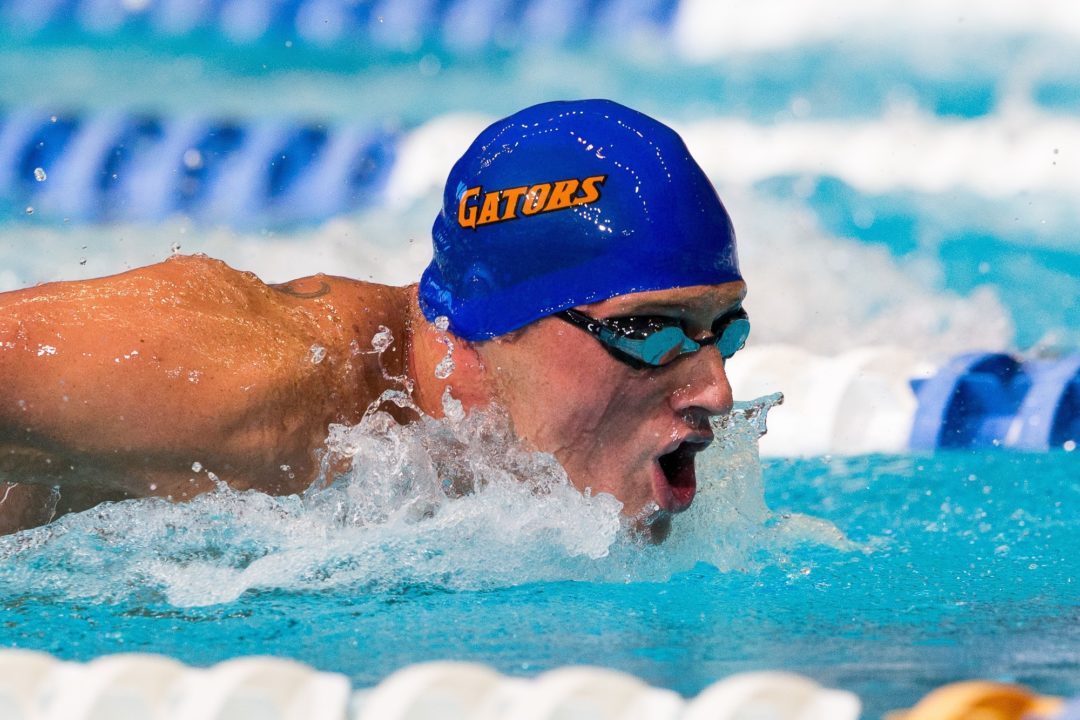 When Ryan Lochte said he was going to try training outside of Gainesville for the first time in a decade after the World Championships, he brought up the possibility of going to California.

As it turns out, he’s going to go much, much further than that.

The Daytona Beach News-Journal reports today that Lochte will get right back into his training after Barcelona, including an extended four-month training trip to Australia to train with Denis Cotterell: head coach at the Miami Swimming club and coach of Chinese World Record holder Sun Yang, among others.

Lochte reitterated that Gregg Troy is still his coach, but that he would spend time training with different clubs and coaches in the United States, and then spend two-to-six week intervals training abroad.

He also named SwimMAC Carolina with David Marsh as a future training spot. SwimMAC is the biggest professional training group in the country not affiliated with a college program. He ruled out Southern California, saying it’s “not for me.”

“I’m not going to be the same swimmer where I just went in the water and did millions and millions of yardage all the time and just hurt my body non-stop,” Lochte said to the DBNJ. “No, I’m getting older and my body can’t handle that. So I’m going to start doing different things like more speedwork.”

Troy says that less yardage is never going to be the answer: “I don’t know of any sport where you cut down and get better,” Troy said. “Can we do it differently and find out some other ways? I think we can go out and get some different opinions. He can train with a different coach. I can see something a little different, but he’ll still stay close to the things that made him successful.”

Way to go swimmer, no knows your body like you do. Make the necessary changes to keep yourself in the game.
Blessings and safe travel.

No one knows your body like you do. Not Ryan’s coach understands how his trainees unless the coach was a former olympian himself. I hope and pray that the changes will do the swimmer good and keep him in the game. I t so encouraging to hear an olympian with the desire to be the best they can be as long as they can, way to go!

While my highest experience in coaching is coaching at a summer swim camp, I do think that even the best coaches in the world do realize that as you get older, you have to make changes. You’re not going to be any faster by doing the same things over and over, you’ve gotta switch it up, take risks, try something new. Mike Bottom told Peter Vanderkayy “make changes”. So he did, he changed his program up, went to Florida, and had a successful Olympics. If Ryan has been training in this environment for 10 years, his body is fried. He didn’t go a best time in anything under a 400 last summer. I think it’s smart for him to experiment… Read more »

Yeah – What does Troy know about training adult men? He only took a very good high school swimmer in Lochte and guided him for 10 years towards being one of the handful of best swimmers ever. And Troy’s ways would never obviously never work for a 28 year old world-class athlete. And – by the way – Cotterell isn’t exactly Dave Salo or Brett Hawke. I really don’t understand what you all have against hard work.

I’m guessing more than a few of you drive around with “Mean People Suck” stickers on your car?

Cotterall’s squad is getting crowded on the Gold Coast as another international fights for lane space with a large Chinese contingent.

Good for Lochte. It’s obvious that he’s tired or swimming the high yardage training that Troy dishes out and if the two can’t agree on that type of training program it’s time to move on and try different things.
Of course no one can dispute Troy’s success in coaching, but you also have to realize that a swimmer in their late 20’s coming up on 30 can’t continue to do those type of work outs both physically and mentally. These older swimmers need to switch things up to stay focused and motivated. Look at Coughlin, she’s a good example of an older swimmer switching things up and still having success.

It’s just too easy when his quote starts off with, “I don’t know of any sport where you cut down and get better.” It’s like he poured all of his fishes into the teeniest of barrels for “da hataz” to aim at.