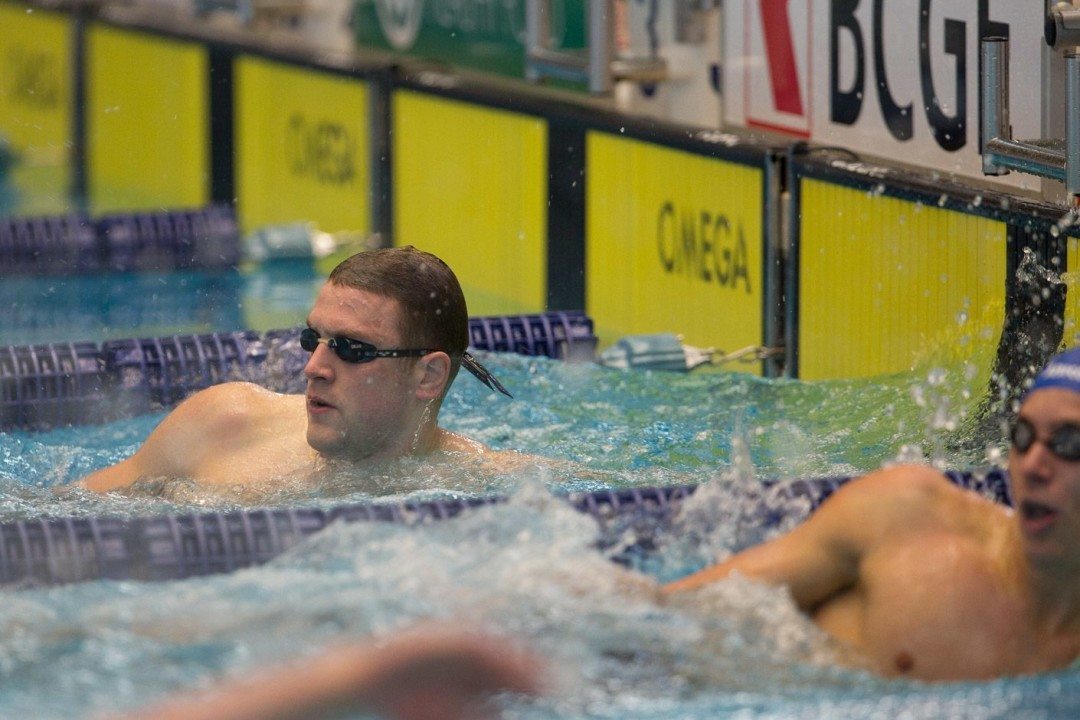 32-year-old Andrey Grechin of Russia is returning to competition, marking December's National Championships as his first meet back. Archive photo via “Rafael/Domeyko Photography”

At 32 years of age, Russian swimmer Andrey Grechin, a bronze medalist at the 2012 Olympic Games, has decided to come back to the sport of swimming. As we reported, Grechin said he is returning to elite racing for the pure enjoyment he reaps from competition.

“It would be possible to just swim Masters meets, but this is not what I want. I don’t care, I like to compete with strong opponents. Swimming disciplines me; my return is more a challenge for myself, Grechin said earlier this summer when revealing his plans.

Grechin’s last official meet was the 2016 Summer Olympic Games in Rio. There he swam individually on Russia’s 400 free relay in both prelims and finals. That relay finished 4th with Grechin swimming a 48.68 on the leadoff leg in finals.

Grechin also swam the 100 free individually, but he didn’t advance out of prelims, finishing 21st in 48.75.

According to the All Russian Swimming Federation, Grechin is targeting the Russian Short Course Swimming Championships for his first official meet back. The meet is scheduled to take place on December 14th-19th in St. Petersburg.