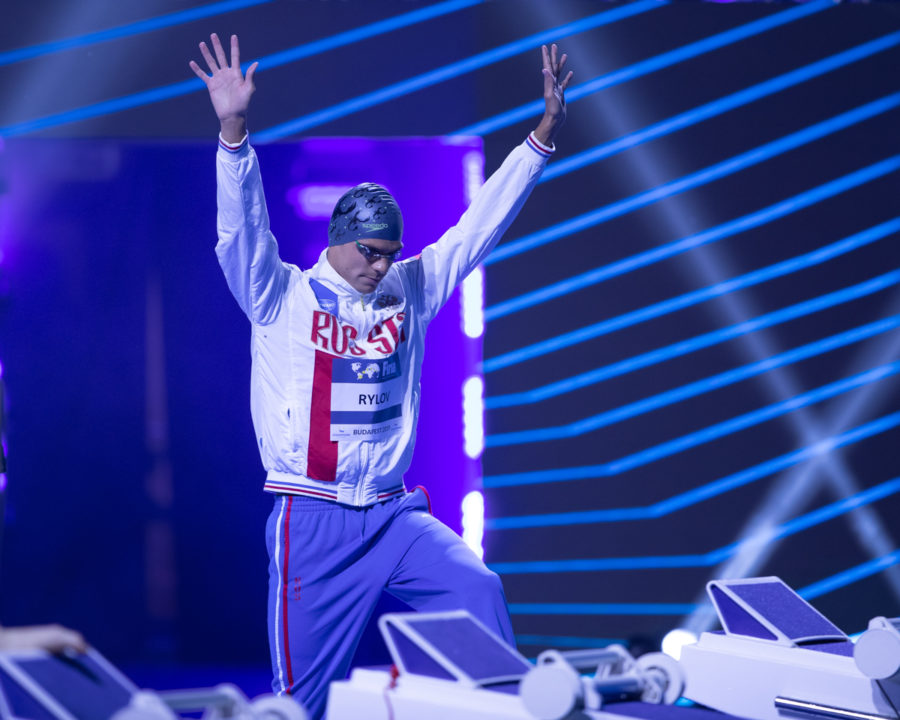 Both the Russians and Italians lowered their National Records in the final of the mixed 400 medley relay, placing fourth and sixth overall respectively.

The Russian squad consisting of Evgeny Rylov, Kirill Prigoda, Svetlana Chimrova and Mariia Kameneva combined for a time of 3:40.78, going well under their previous mark of 3:42.71 from the European Championships last summer. They missed bronze by one-tenth.

Chimrova was the only returning member from that 2018 team, as they used Kliment Kolesnikov, Yuliya Efimova and Vlad Morozov in Glasgow.

However, the LEN does not recognize mixed relay lead-offs as records.

Though the swim won’t officially stand up, it would’ve made him the fourth-fastest man of all-time in the race, and also tied for the fifth-fastest swim in history.

They switched out three swimmers in their lineup from heats to finals, only leaving on butterflier Elena Di Liddo. Margherita Panziera, Nicolo Martinenghi and Manuel Frigo swam prelims before Simone Sabbioni, Fabio Scozzoli and Federica Pellegrini came in for the final.

Hate to say it, but this Mixed 400 Medley Relay is growing on me.
The Mixed 400 Free Relay, however… ZZZZzzzZZZZ (2 guys, the 2 girls blah blah blah)