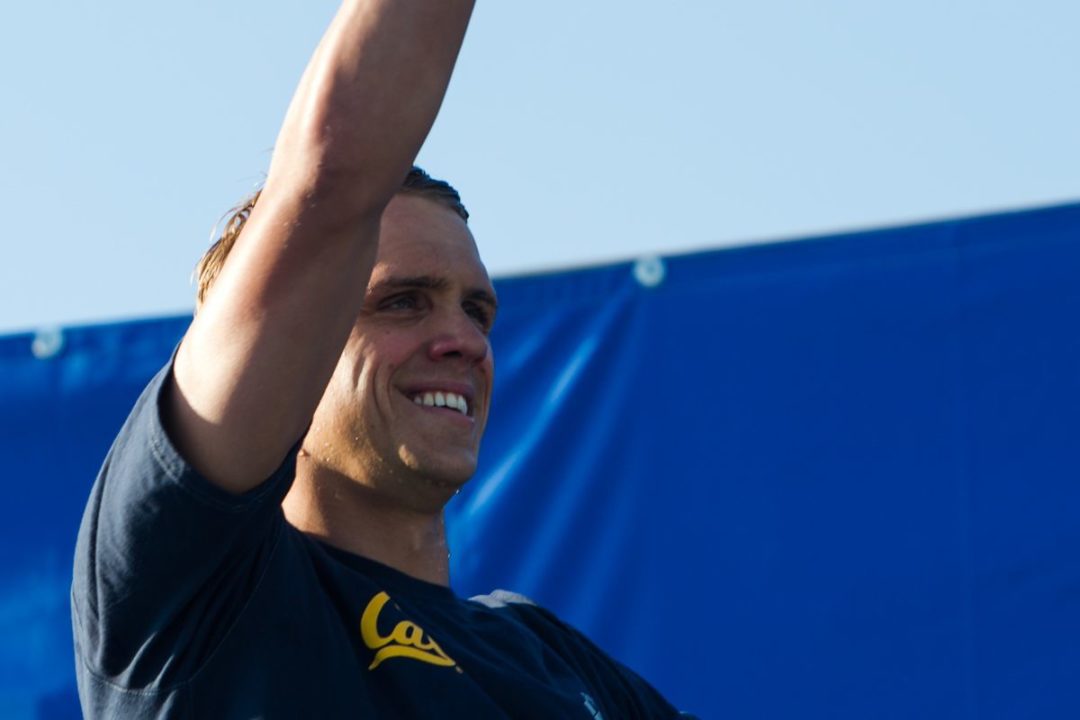 The US Center for Safe Sport, and by extension USA Swimming, have issued a temporary suspension for a former York YMCA lifeguard and former NCAA swimmer.

After what seemed to be a fairly fast preliminary round of the women’s 400 IM, the final stepped things up even further, with 19-year old Australian Keryn McMaster taking the winning 4:39.37. McMaster held a small lead after the breaststroke leg, but that gap was quickly closed by Celina Li of the Pleasanton Seahawks on the first half of the freestyle leg.

Li and McMaster were back-and-forth as they came down the home stretch, but it was the Australian who had just enough left to get to the wall first, while Li touched 2nd in 4:39.47. For the Cal-bound swimmer, that’s a lifetime best by nearly three seconds.

Texas A&M’s Sarah Henry, who was the top seed in prelims, was 3rd in 4:40.85. That just misses her best time as well, done in late June at the World Championship Trials.

Sebastien Rousseau has already penciled his name in as Swimmer of the Meet at this year’s U.S. Open. After breaking a decade-old Meet Record in the 200 fly on Wednesday, he put up a world-class mark in the men’s 400 IM final to break a second record.

Rousseau was actually nose-and-nose with Stephen Schmuhl of Indiana at the halfway mark, but what separates the world’s truly great IM’ers is the ability to be fast on that front-half and still put up a respectable, if not downright fast, breaststroke leg, and that’s exactly where Rousseau separated.

His time ranks him 4th in the world this year, and were it not for a semi-informal boycott of South Africa’s World Championship Trials this year (by Rousseau and many others), he could have been a medal contender in Barcelona when this race comes up on Sunday.

Meanwhile, Gunnar Bentz wasn’t as good as Rousseau and Schmuhl on the front-half, but he is very good on the breaststroke. The 17-year old ended up catching Schmuhl on the breaststroke leg, and passing him on the freestyle, to take silver in 4:15.81. Schmuhl was 3rd in 4:16.07. That’s a best time for each of the top three finishers, and Bentz improves his standing (by a second-and-a-half) as the best American 17-year old IM’er since Michael Phelps.

Stanford commit Max Williamson won the B Final in 4:20.74.

At the World Championship Trials, Felicia Lee finished 3rd in the 100 fly.  She backed up that position by winning the 100 fly at the U.S. Open with a 58.94: her second time in a day under the 59 second barrier.

Tom Shields got the right swim this summer, he just got it about a month too late. He swam a 51.65 in the A-Final of the 100 fly to not only win, and to not only break Kohei Kawamoto’s 2008 Meet Record of 51.71, but establish himself as the fastest American in the event in 2013. The 100 fly hasn’t started yet at the World Championships, so his rankings are tenuous, but the time also ranks him 4th in the world this year (.01 behind Chad le Clos for 3rd).

At the least, this buys Shields an assured spot on the National Team and in the USA Swimming APA stipend program, and with a very fluid sprint butterfly group, he’s in a good position to start making himself a permanent fixture on U.S. international teams.

Tim Phillips also beat his World Championship Trials result with a 51.78, which bumps him up a spot to 11th in the world. Tyler McGill was 3rd in 52.07, followed by World University Games qualifier Kyler van Swol in 52.32.

Texas’ Tripp Cooper, a former club and college teammate of Michael McBroom, won the B Final in 52.93. David Nolan from Stanford won the C Final in an identical time.

Longhorn Aquatics won the women’s 800 free relay in 8:00.84, with college-level swimmers like Samantha Tucker, Alexandra Hooper, and Sarah Denninghoff combining with high-schooler Quinn Carrozza. Carrozza split 1:58.4 on their 2nd leg. That cut 6.5 seconds off of the old Meet Record in the event.

Closing the session, Stanford’s men’s group of Bobby Bollier, Thomas Stephens, David Nolan, and Chris Pickard swam a 7:24.26, including a 1:49.66 anchor from Pickard. Another unattached, but Stanford affiliated, relay was 2nd in 7:26.22.

Shields is the man!! I wish he could have done that time at World trials. What brain-child assigned the US Open during the World Championships? There is no buzz about this meet, nobody in the stands, and just about zero sales at the back area Arena, Speedo, and Tyr tents. Maybe it wouldn’t matter anyway in a non-Olympic year.

It appears there are more NOVA staff workers manning the gates than spectactors in the grandstands. A few tumbleweeds maybe.

Great new PB for Celina Li in the 400 IM. Must continue to improve her backstroke.

Rousseau is on fire this week!

Gunnar Bentz? What can I say more about him? I repeat since 2010 I see a huge talent in him. Long body made for swimming. When he will have add a few pounds of muscle he will swim crazy times. Must continue to improve her butterfly and her backstroke. But 4.15 is great for him now. I hope he isn’t fully tapered in Irvine and keeps the best for the world junior championships. Future IM star. And I predict he will be a great 200 free swimmer too. USA needs new talents for the 4X200. With him and… Read more »

Sebastien Rousseau is making quite the silent statement to Swim South Africa this week about how they need to work on amending their qualification policies and better support their swimmers. His time from night one in the 200 fly would have placed 5th at Worlds, and now he has posted a time in the 400 IM that is currently 4th in the world, broke the South African record by a second and would likely final there as well.

Many of their best swimmers are trained in the US and elected not to go to their trials meet because Swim South Africa initially said that even if swimmers qualified to swim at Worlds, they’d have to pay their own way to… Read more »

If South Africa had a backstroker they would be very dangerous in the men’s medley relay.

To be honest, the time when South Africa relied exclusively on NCAA based swimmers (especially Schoeman & Neethling) is long gone.
In the past five years it’s only their domestic swimmers that have won medals at World Champs & Olympics i.e Le Clos, vd Burgh, Zandberg and now Zorzi, despite having most of the time on their roster the same amount (or more) of foreign based swimmer .
Both Le Clos & vd Burgh are arguably the best South African male swimmers ever as they are the only one to have won individual Olympic gold medal and, AFAIK, they have never set a foot in an American College. Rousseau looks very good but he’s basically swimming the same… Read more »

A lot of people here on swimswam seemed to write Shields off after WC Trials (“Eh,he’s just not a long course swimmer”), but 51.65 here indicates he can pull it off. I think he’ll continue to improve with more LCM experience.

Yeah people see him as just an underwater swimmer when in reality he has so much potential in long course, above water swimming. I think he just had an off swim at WC Trials

Agreed! The 100 fly is wide open right now. Godsoe,Locthe, Shields, and Phillips all have the speed to make an international team in any given race. Lynch and Conger are promising and could threaten the established crowd in this event in the future.

I wouldn’t be surprised at all if Shields is capable of breaking 51 next year.

Most definitely. I’ll never write off anyone with that type of short-course ability.

Good job Tyler! Improving on his season’s best at Trials

Looking great for Bentz for Juniors/World Jrs. Too bad we won’t see Rousseau competing in BCN.

Li looking to step up and fill Leverenz’s shoes at Cal.