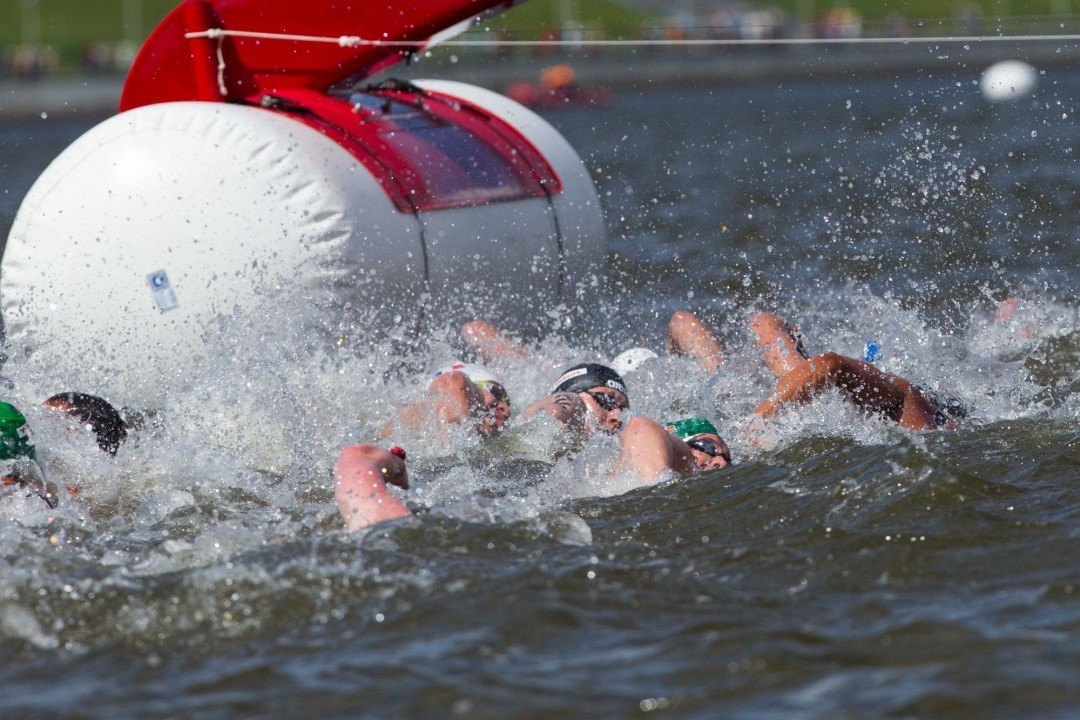 Rio’s organizing committee announced Friday, October 16th that it will not be undertaking any viral tests of its waters. Stock photo via Tim Binning/TheSwimPictures.com

Jose Martinez and Monika Gonzalez-Hermosillo both improved upon their own Mexican national records in the event to win the event.

As an update to the ongoing saga surrounding the quality of several of 2016 Olympic Games host Rio de Janeiro’s water venues, Rio’s organizing committee announced Friday, October 16th that it will not be undertaking any viral tests of its waters. Rio 2016 spokesman, Mario Andrada, told the press yesterday that organizers will be heeding the World Health Organization’s (WHO) recommendation as the ‘final instructions’ for the Games.

In its most recent statement presented on its website, WHO indicates that, “In response to questions about health risks from sewage pollution at venues where Olympic athletes will be in water, in sailing, rowing, canoeing and swimming events, WHO recommends that national authorities follow the WHO Guidelines for Safe Recreational Water Environments to protect public health.”

And just what are those ‘guidelines’?  WHO.int’s sanitation protocol includes “classifying water quality through a regular and ongoing programme of microbial water quality testing, using enterococci and E.coli and sanitary inspection to identify health risks to bathers from pollution of bathing waters.”  Essentially, WHO considers testing for standard bacteria as the basis for its guidelines for monitoring bathing water.  WHO does not currently recommend testing of viruses for routine monitoring because of a lack of standardized methods and difficulty interpreting results.

Additionally, as a possible nod to the recent budgetary issues surrounding Rio 2016, WHO further stated, “Water quality testing, over and above recommendations in the WHO Guidelines, should not distract attention and resources away from measures to address the sources of pollution.”

Rio State Government officials have insisted that these issues in Guanabara Bay will cause no problems at the 2016 Olympics, claiming that they have made significant progress over the last 8 years. A big part of their bid for the Olympics was their plan to reduce 80 percent of pollution. However, they’ve been met with criticism.

FINA President Julio Maglione had said in a statement that Rio organizers have shown a ‘disrespect’ for aquatic events. Additionally, last August, U.S. Rowing medical staff reported that 13 of its team members had fallen ill after having participated in a test event in Rio at Rodrigo de Freitas Lake. The athletes were stricken with various gastrointestinal symptoms at the World Junior Rowing Championships and the team doctor said it is her “personal feeling it is due to the lake.”

You can read the entire WHO statement here.

I can sense this going to court and Rio officials are going to get hammered.