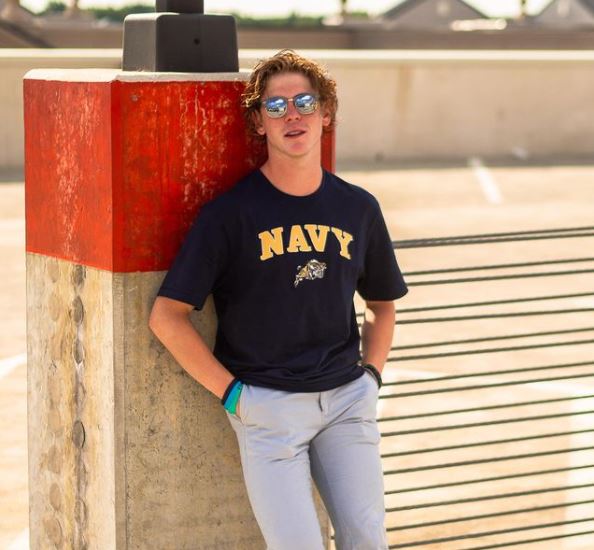 Charlie Krone’s best 100 fly time would have barely missed the C-final at the SEC Championships this spring, where the Volunteers tied for 2nd place.

After being “medically denied” from the United States Naval Academy, recent high school graduate Charlie Krone has flipped his commitment to the University of Tennessee for this fall.

“I am very humbled to announce my commitment to the University of Tennessee,” wrote Krone, a native of Zionsville, Indiana. “I am beyond excited to continue my academic and athletic career as a Vol🍊! I know this may be a shock, but unfortunately I have been medically denied from the Naval Academy. I am very thankful for my parents, teammates, and coaches that helped me get here! #govols”

Krone attended Zionsville High School and also competed for Zionsville Swim Club, where he broke the 15-16 boys 400-yard freestyle relay NAG record in December of 2020. He swam the leadoff leg, clocking a then-personal-best time of 46.10. The anchor belonged to the top-ranked recruit in the high school class of 2023, Will Modglin, who is slated to spend the second half of his college career competing against Krone in the SEC at Texas.

Since that NAG, Krone has continued to develop his distance freestyle and butterfly specialities. His top SCY times include:

Krone’s best 100 fly time (from the prelims of this year’s state championships) would have barely missed the C-final at the SEC Championships this spring, where the Volunteers tied for 2nd place with Alabama behind 1st-place Florida. He joins Pep Arnwine (freestyle), Gui Caribe (butterfly), Martin Espernberger (freestyle/butterfly/IM), Owen Redfearn (diving), Nick Simons (backstroke/IM), Nick Stone (diving), and Ryan Williams (freestyle) in the freshman class arriving in Knoxville this semester.

Thanks to a strong batch of eight incoming recruits and a seasoned group of six fifth-year seniors, Tennessee should be in a good position to claim sole possession of 2nd place at next year’s SECs.

Texas is in the SEC now? Thought the move was a couple years away.

Congrats to this young man, I’m sure hearing the news was rough…when you commit to Navy you’re making the biggest of decisions and to be denied in the end must be heartbreaking. Tennessee gets the win here, and it seems like a great place for him to end up.

Too bad Navy medically denied him after he had already gotten the haircut. Best of luck to Charlie!

Yeah, not even close. You get shaved bald once you get to Annapolis. Well, at least the males do.

He shaved his head for High School State

How did he swim a 200 fly at a high school state meet?

AND the 1000 free for that matter too haha

They didn’t say that (unless it’s been edited). It was the state SC senior meet, not the HS state championships.

0
0
Reply
No one in particular

Poor kid’s doomed to swim fast in October and slow in March.

SMH-You will eat those words. He has very low mileage on him coming out of high school and will improve tremendously in college with his mental toughness and work ethic. Why would you even post that comment? His best times have all come from end of season championship meets.

It was more about Tennessee and the fact that they usually choke at SECs and NCAAs, nothing to do with the kid. Wish him the best.