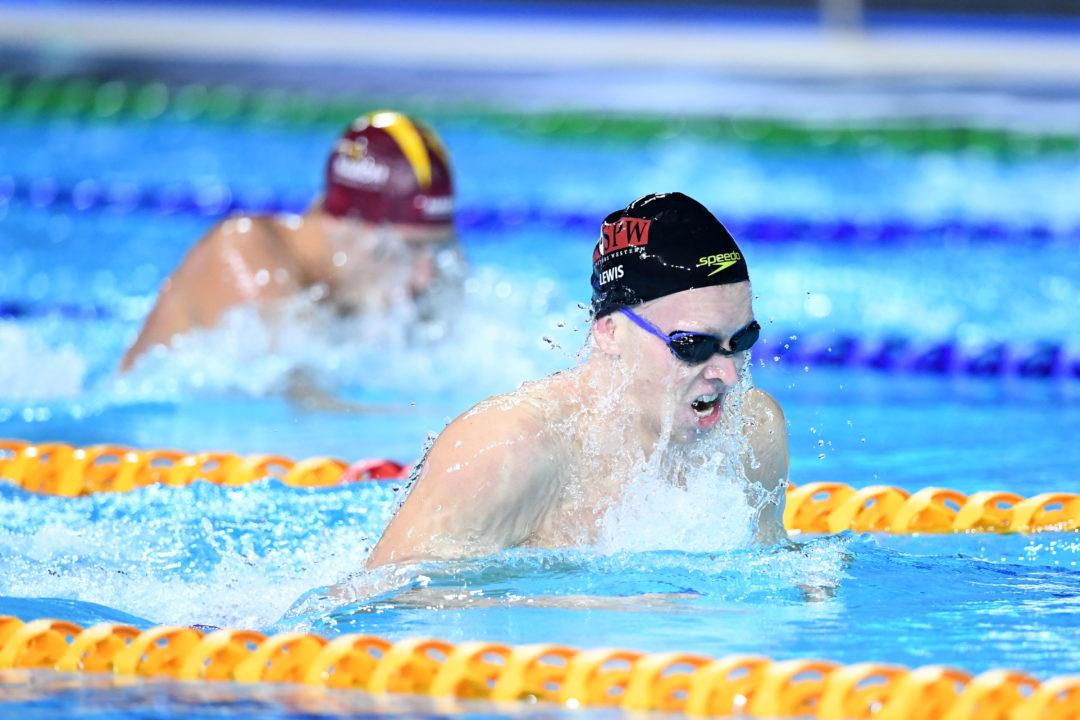 The penultimate night of the 2022 Australian Short Course Championships saw some big-time performances from both the host nation’s swimmers, as well as a handful of visiting American athletes.

First, for the Aussies, Griffith University swimmer Lani Pallister followed up her 1500m freestyle national record from night one with a dominant win this evening in the 400m free.

Stopping the clock in a winning effort of 3:56.74, Pallister represented the only racer in the field to grab a time under the 4:02 threshold. In doing so, the 20-year-old not only earned a new personal best but she also now checks in as the 12th fastest performer of all time.

Entering this meet, Pallister’s career-fastest in this SCM 400 free rested at the 4:01.45 produced in 2020. As such, she hacked nearly 5 seconds off of that previous PB en route to taking the national title.

Clyde Lewis was another Aussie with a standout performance on Friday, with the 24-year-old punching a new lifetime best in the 200m IM.

Lewis was in a mighty duel tonight with American Grant House, with the race coming down to the touch at the final wall. Lewis ultimately scored the victory, registering a time of 1:53.01 to House’s 1:53.05.

For Lewis, he now represents the 3rd fastest Australian man ever in the event, with this 1:53.01 sitting only behind the late Kenneth To and Mitch Larkin, who rank ahead with respective efforts of 1:52.01 and 1:52.21.

On the American side, House, who trains under Michael Phelps’ coach Bob Bowman, became the 8th fastest U.S. swimmer in history with his runner-up performance.

The men’s 1fly silver medal went to American Trenton Julian who fired off a time of 50.22 for a new PB of his own. Julian’s time at this meet easily overtook his previous best of 51.94, rendering the Mission Viejo swimmer the 8th quickest U.S. swimmer all time.

Also for the Americans, Beata Nelson continued her strong showings, putting up a mark of 2:05.28 to win the women’s 200m IM. The next-closest competitor in the race was Kayla Hardy who touched over 4 seconds back in 2:09.69.

Nelson’s outing this evening shaved about half a second off of her previous PB and now frog hops her over Kathleen Baker to become the stars n’ stripes’ 6th fastest woman ever in the event.

Finally, in the men’s 400m free, 19-year-old Luke Hobson put on a show en route to topping the podium. Hobson crushed a lifetime best of 3:35.67 to come within a second of the American record. that standard remains at the 3:34.81 Olympic medalist Peter Vanderkaay put o the books in 2009.

Hobson got his hand on the wall this evening ahead of Olympic medalist Mack Horton, with the Aussie settling for silver in 3:37.94 while Tommy Neill rounded out the top 3 in 3:38.24. Horton’s effort was also a PB, overtaking his previous best of 3:39.52.

Does anyone know why Kaylee and MOC scratched the 50 back and 200 IM ? Are they going to be selected just based on their prelims times?

50 back not being swum at WC. Rohan Taylor said Kaylee was eligible to be selected based on her heat swim for the 200IM

50s are always part of the WCs. 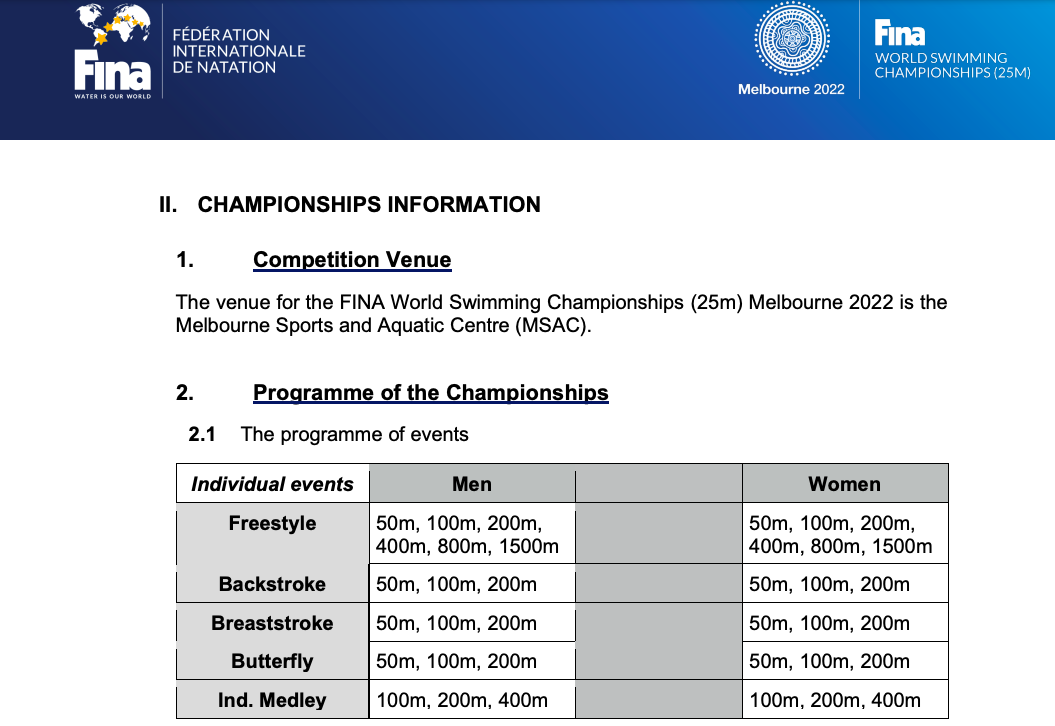 Ah, I meant not selection events … looking at the Aust Swimming selection criteria, the stroke 50s and 100IM don’t have selection times …

There seems to be a lot of discretion over selections and both are already on the team so presumably both will be selected based on heat times? I don’t think winning/top 2 in a final guarantees you selection like it does in USA.

Kaylee and Mollie both have international final level (or better) swims in 5 events, but they have a bit of crossover.

No way Mollie gets an individual 200 spot.

But there is only 28 spots.

There must be some contingencies for that considering there are more individual events than there are spots on the team.

Kaylee scratched from today’s races as well, does she get covid or something?

Correct me if I’m wrong, but isn’t Minna Atherton’s 50 back time the second fastest of all time, behind MacNeils 25.27? If so, it’s great to see her doing so well after all her struggles post-2020. Way to go Minna!

The official results show 26.58 so probably a typo

Hobson went faster than Auboeck’s winning time in the 400 Free in last year’s WCs, only person who has been faster in recent memory is Rapsys… is Luke going to WCs this year?