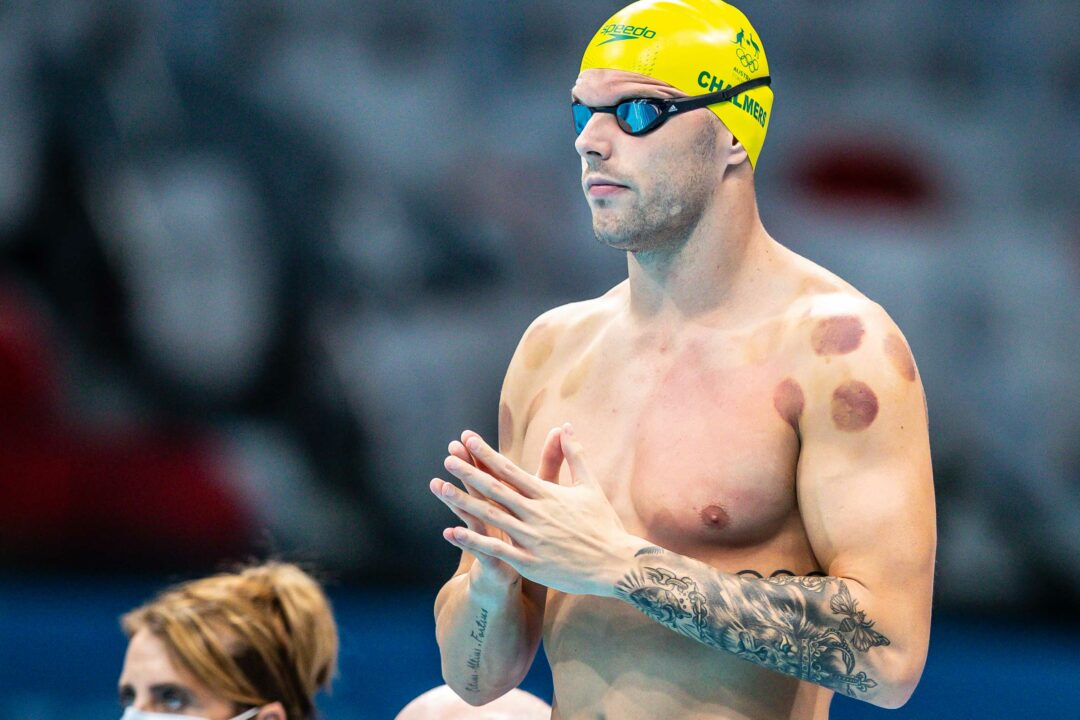 McKeown, who took both 100m back and 200m back golds in Tokyo, produced a winning 2back outing of 1:59.48 to come within striking distance of her own World Record. Although that remains at 1:58.94, the Griffith University star’s time tonight checks in as the 5th fastest swim in history.

Also making some noise in the men’s 100m free was Kyle Chalmers, the man who already took the 200m free on night one of these Championships.

Chalmers fired off a time of 45.55 to beat the field by a second, with American Justin Ress snagging silver in 46.57 while fellow Aussie Matt Temple rounded out the top 3 in 46.80.

For Chalmers, the Marion swimmer owns the World Record in this 1free event with the 44.84 he logged during the 2021 FINA World Swimming Cup. That result took down the longstanding mark of 44.94 Frenchman Amaury Leveaux held since 2008.

As a consolation, Chalmers’ time tonight indeed took down the All Comers Record. The former mark stood at the 46.14 Chinese swimmer Ning Zetao put on the books at the 2017 Queensland Championships.

Emma McKeon was her usual speedy self, taking the women’s 100m free against a stacked domestic field. The 28-year-old topped the podium in a blistering 51.03, while Madi Wilson and Mollie O’Callaghan were the runners-up in times of 51.40 and 51.50, respectively.

McKeon represents the 2nd fastest woman in history in this event, with her career-best 50.58 sitting only behind Aussie teammate Cate Campbell’s 50.25 on the list of all-time best performances.

So is Trenton Julian guilty or what?

Come on really? Aussie Trials, Olympics, World Cup, ISL, Commonwealth Games, Duel in the Pool, Aussie SC Championships. Thats alot for a year and half…not sure who else has done that much racing since Houzzu in the lead up to Rio or maybe Michael Andrew at some point

Lots of swimmers did more. She had a long holiday over the Aussie summer.

Not many swimmers do more events though per meet….

A lot of other Aussie swimmers have done more as they didn’t take up the free ride and attended Worlds and Aust trials.

She didn’t do the Aussie trials.

Believe it is the Olympic Trials here

There is quite a few, Mckewon, O’Callaghan, Neale, Hodges And the list goes on. Not taking away the quality of McKeon’s swims as they are class, but there are some that have had to do the hard yards to maintain their positions.

None of those people did World Cup or ISL last year, which was months straight of competing.

Julian keeps swimming. Wonder how that is?

He just went 1.50 for 2 Fly. Thats a very good time just over 2 seconds slower than the WR.

I think this is referring to his safesport listing