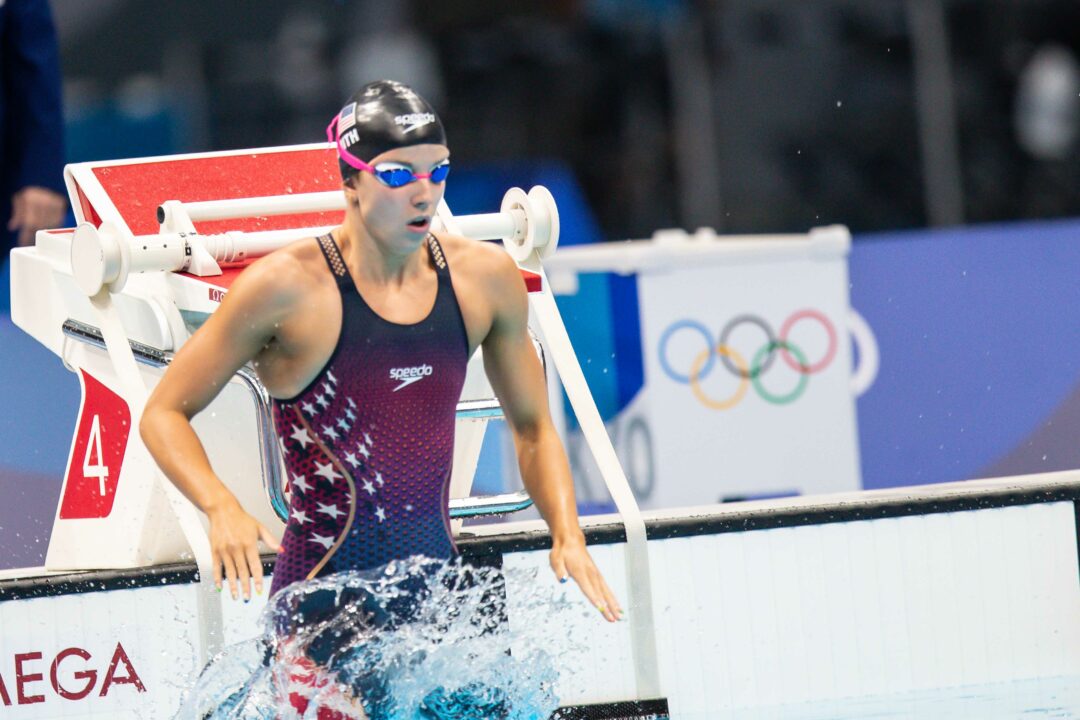 Stanford freshman Regan Smith has continued to make a huge impact in her first season as a Cardinal. Today, against Cal, Smith won another two events keeping her undefeated dual meet streak alive in individual events.

Smith swam to the best dual meet time ever in the 200 backstroke as she touched first in a time of 1:50.72. That time also broke a pool record at Cal’s Spieker Aquatic Center. Smith was not suited up for the race.

Her previous dual meet best time was a 1:52.40 which she swam a few weekends ago against Arizona.

It was a head to head showdown between Smith and Cal’s Isabelle Stadden. Up until today, Stadden had held the fastest dual meet time ever in the event as she went a 1:51.16 back in November 2020 when she was a freshman as well. Smith led from the start but Stadden stayed right near Smith the whole time. Stadden finished second touching in a time of 1:53.17. Although the times are not as close as the race looked, Smith was able to pull away at the end using her powerful stroke. Stadden used her underwaters, helping her stay within close range throughout the race.

Smith’s personal best time is a 1:47.16 which she swam in March 2019 at Raleigh Sectionals when she was still in high school. That time also is the American Record.

A showdown between the two is likely again in a few weeks as the Women’s Pac-12 Championships are scheduled to take place from February 23-26.

Smith and Stadden …. another set of Minnesota Twins

Stanford won slightly 167-133. Stanford starting to show some signs of life, but still not looking extremely great. Championship season will tell all, though. We won’t really know where anyone has been in training until then.

I don’t think winning a dual meet by 34 points can be considered winning slightly.

If you take away diving they one by 2 points.

That’s why it’s swim AND dive

You have to take diving points off Cal too to comoared the swimming points. I think Cal scored 6 points from diving. So Stanford won swimming by 8 points.

Stanford primary lost the Breaststroke and IM races. Regan didn’t swim 100 Back by the way and she would have win if she swam. Ivey is definitely the bright star on the Cal team.