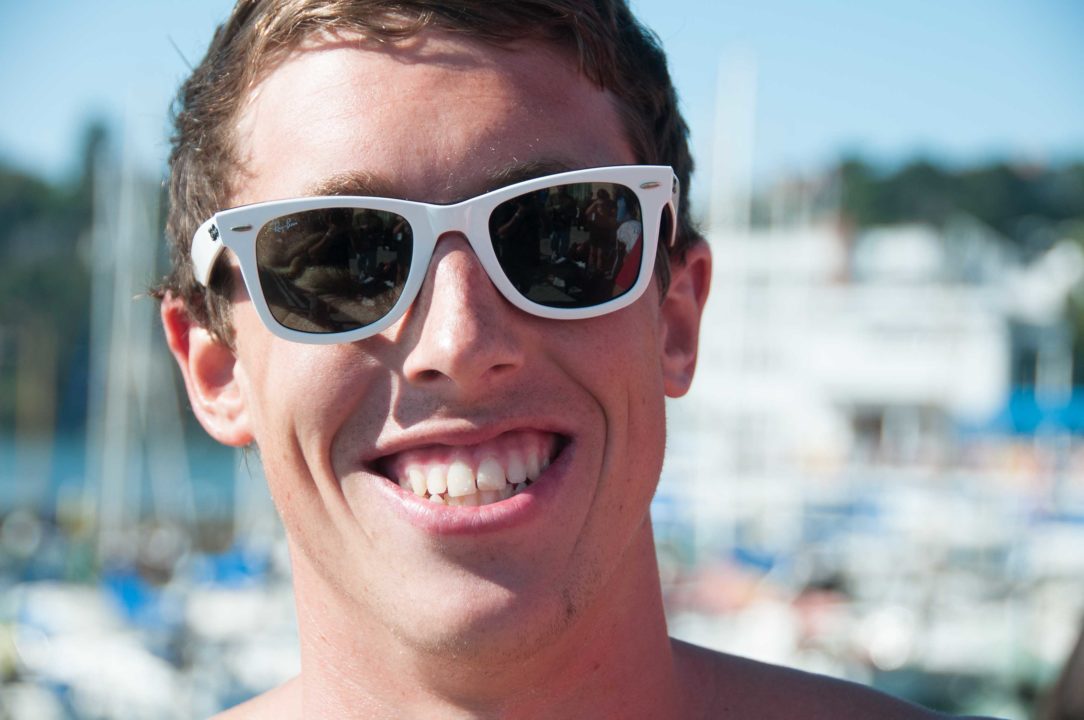 Kane Radford is always in the hunt with the guts and talent to hit the top of world ranks in... Archive photo via Mike Lewis/Ola Vista Photography

Kane Radford is always in the hunt with the guts and talent to hit the top of world ranks in open water swimming.  This weekend he’ll be going for his third consecutive open water title at the State New Zealand Open Water Championships at Taupo Lake.

It’s not going to be a gimme race for Radford.  He’s going to face Ridge Grimsey (Trent and Cody’s brother) – Radford has several notable battles against the great Grimsey brothers over the years including the down to the wire 2012 win at the Tiburon Mile.  His training partner Yusunari Hirai will also be in the hunt.

Speaking with Radford earlier, he seems primed, focused and determined to be in the hunt for the 2016 Olympics in Rio.  He’s learned a lot during his quest and knows he’s success will come from matching up with the world’s best on a regular basis.