Race and Interview Videos from VHSL Northern Region 6A Champs 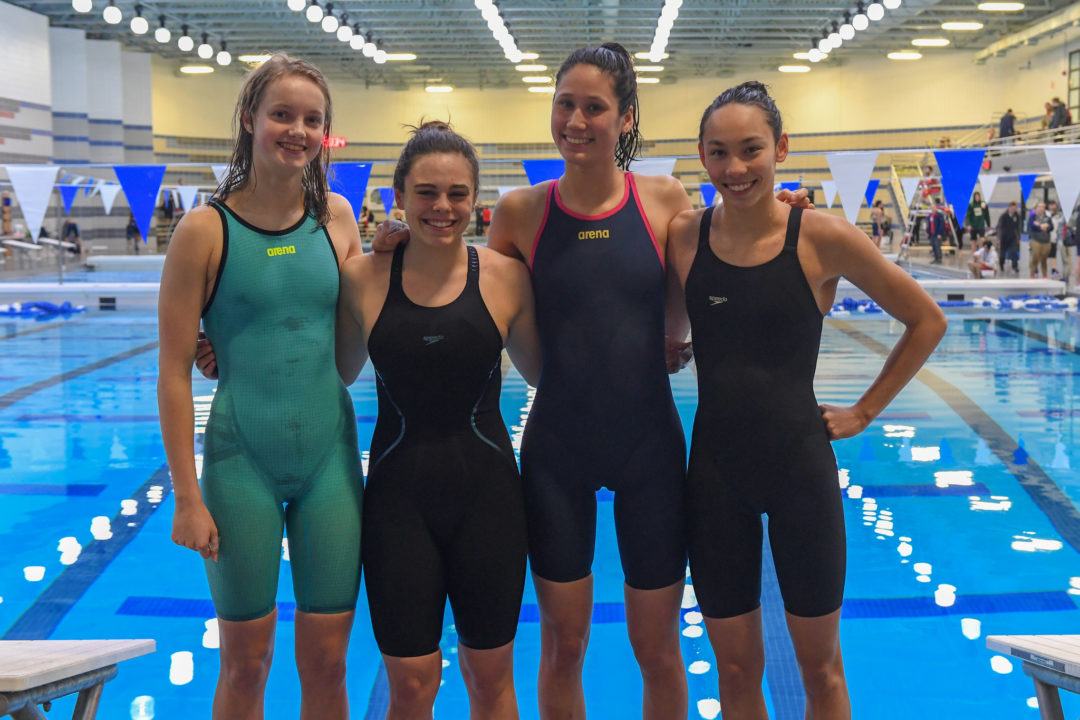 Watch interviews and race videos from some of the stars of the 2019 VHSL Northern Region 6A Champs. Current photo via Courtesy of Eugene Soh

SwimSwam contributor Matt Rees was on hand for some very fast high school swimming at the 2019 VHSL Northern Region 6A Championships. You can read the full recap here, and keep scrolling for an interview with two of the big stars, plus race videos.

Among scores of standout swimmers, in the always-competitive championship meet, there were two who stood out from the rest: Anthony Grimm of Oakton and Victoria Huske of Yorktown. Both sophomores, they are on track to join the ranks of numerous other swimming standouts to have emerged from Northern Virginia

Huske’s next event was the 200 IM, and she finished first (see the race here). Her 1:58.13 took down the regional record held by current UC-Berkeley freshman Cassidy Bayer.

Grimm followed with a win in the 50 free. His 20.13 took down the regional record held by University of Michigan junior James Jones.

Huske won the 100 free with a 50.04 that also broke a regional record that had been held by Hannah Baker.

Osbourn Park’s Steven Butler won the final heat with a time of 47.02, but Washington-Lee’s Kai Green had already gone 46.89 in the previous heat to take the overall win. The meet was moved from a prelims-finals format to timed finals due to the weather on Friday.

Grimm used his extraordinary underwaters to deliver a sizzling 46.63 victory in the 100 back (see the race here), breaking a regional record held by  current University of Texas senior (and fellow Oakton High graduate) John Shebat.

Anna Keating, a junior at James Madison who has already committed to the University of Virginia, knocked more than a second off the regional record she set last year in the 100 breast. Her 59.83 (see the race here) was just off her time in the conference championship meet, which was the 8thfastest all time in the 15-16 age group.

The 100 free boys video was won by Steven Butler who is a senior At Osbourn Park High school and was part of the boys 200 free relay that came in first place last year.

The 100 back was faster than the 100 free. Also do you have a video of the boys 400 free that decided the meet for oakton?