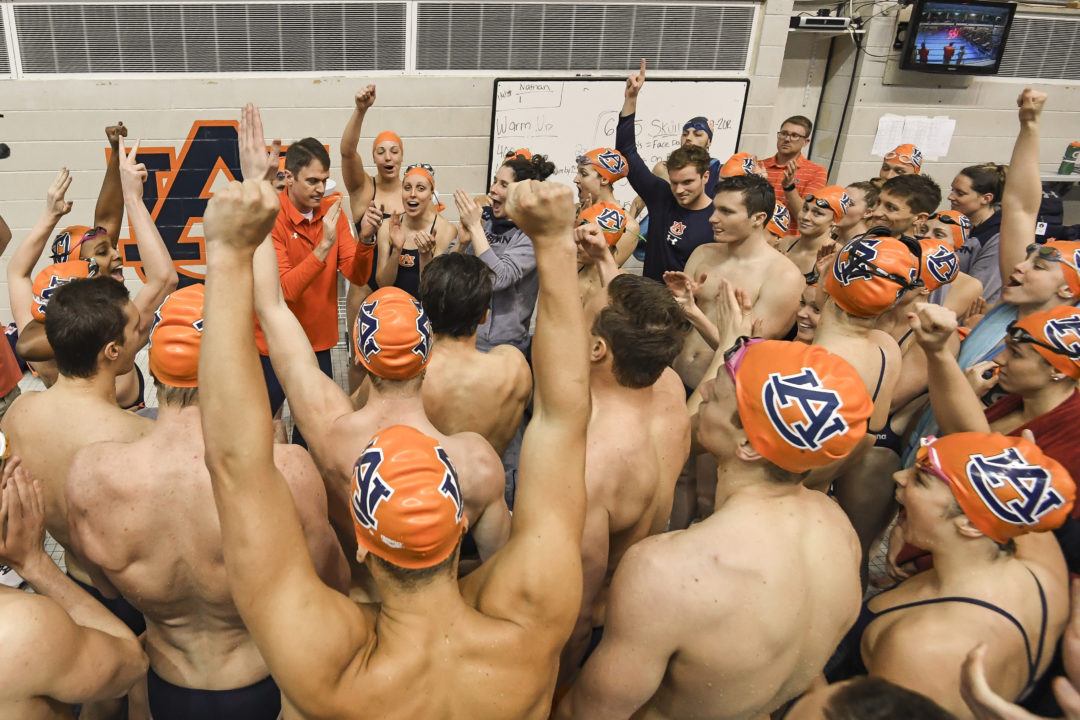 The third stop on the SwimSwam Southeast Pancake tour 2019 was in Auburn, Alabama, where head coach Gary Taylor and his staff were keeping things interesting Current photo via Wade Rackley /Auburn Athletics

The third stop on the SwimSwam Southeast Pancake tour 2019 was in Auburn, Alabama, where first year head coach Gary Taylor and his staff were keeping things interesting. In the sprint group, they were having somewhat of a recovery day, doing all sorts of things to keep the swimmers occupied. This included a 200 swim where they had to have on every piece of equipment they had, including kick bards, underwater 25’s where they had to blow out 1 air bubble each time they took an up kick, and my favorite, streamline tows with a bungie.

Onto the mid group, they started with a dive progression for both flat starts and backstroke starts which included, at one point in the process, throwing a pull buoy as you dive, which seemed very effective. After a longer pull/kick set, they ended things with stroke specific drills, honing in on technique specific changes.

In Gary Taylor’s endurance group, they were working on changing speeds within swims, which included everything from 25’s sprint with fins and paddles to 300’s where the last 100 was blast to 150’s at pace.

Gary Taylor is such a great guy!