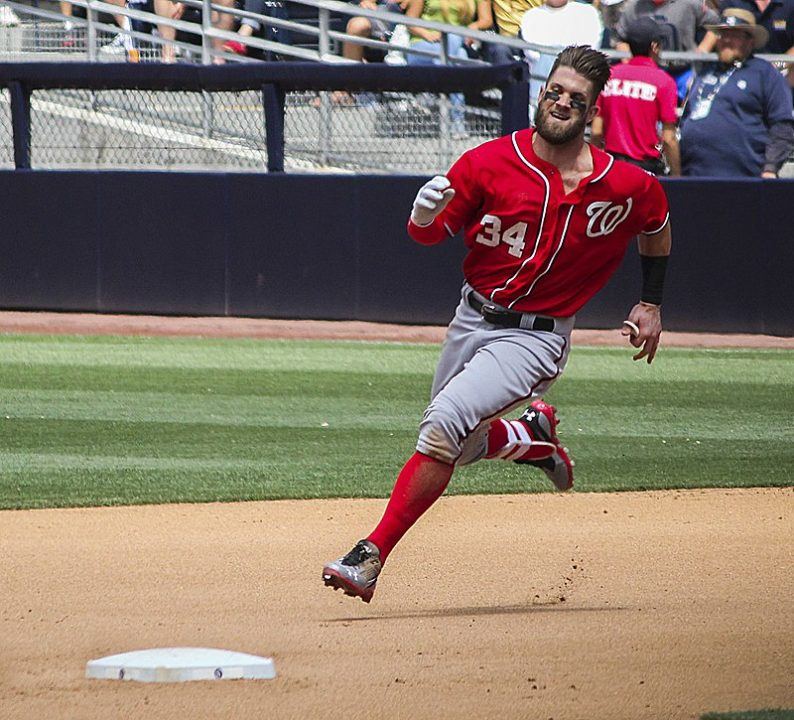 The timing is right for Bryce Harper to make the switch to America's pastime of the future: swimming. Archive photo via Johnmaxmena2, distributed under a CC BY-SA 4.0 license

Robert Gibbs and Torrey Hart contributed to this report.

While swimming may be our first love here at SwimSwam, most of our writers are fans of other sports as well. Those of us who are baseball fans have been struggling through the doldrums of a Hot Stove season that’s been set on “simmer” for the most part. But, while rumors continue to abound that a free agent superstar Bryce Harper signing is imminent, that’s all we’ve had…rumors. Pundits expected Harper to easily sign a contract that could last ten years and exceed $300,000,000, but so far, it’s been another chilly offseason, and there’s no guarantee that Harper will get that kind of largess.

So, it got us thinking: with the formation of the International Swim League, the timing seems ripe for Harper to either call it quits on baseball or pull a Kyler Murray and aim to be the world’s most prominent two-sport star, taking his talents to what we all know is America’s pastime of the future.

For those of you who aren’t a fan of the greatest sport involving a ball, here’s the skinny on Harper: he was a phenom who landed on the front cover of Sports Illustrated at the age of 16, graduated high school early, played at a junior college, and was the No. 1 overall pick in the 2010 MB draft. Now, at only 26 years old, Harper has already been in the major leagues for seven years, was voted Rookie of the Year in 2012, was the unanimous National League MVP in 2015, was ESPN’s MLB Player of the Year in 2016, and put on perhaps the most exhilarating Home Run Derby performance of all-time in 2018. Basically, he’s done it all (except win a playoff series… sorry Nats fans).

Here’s seven reasons why Bryce Harper should sign with the International Swim League.

is this a joke?

Ha ha. I mean this is a funny joke…. but funny how much money he will make vs a swimmer.

Until the Phillies sign him…. then boo phillies right???