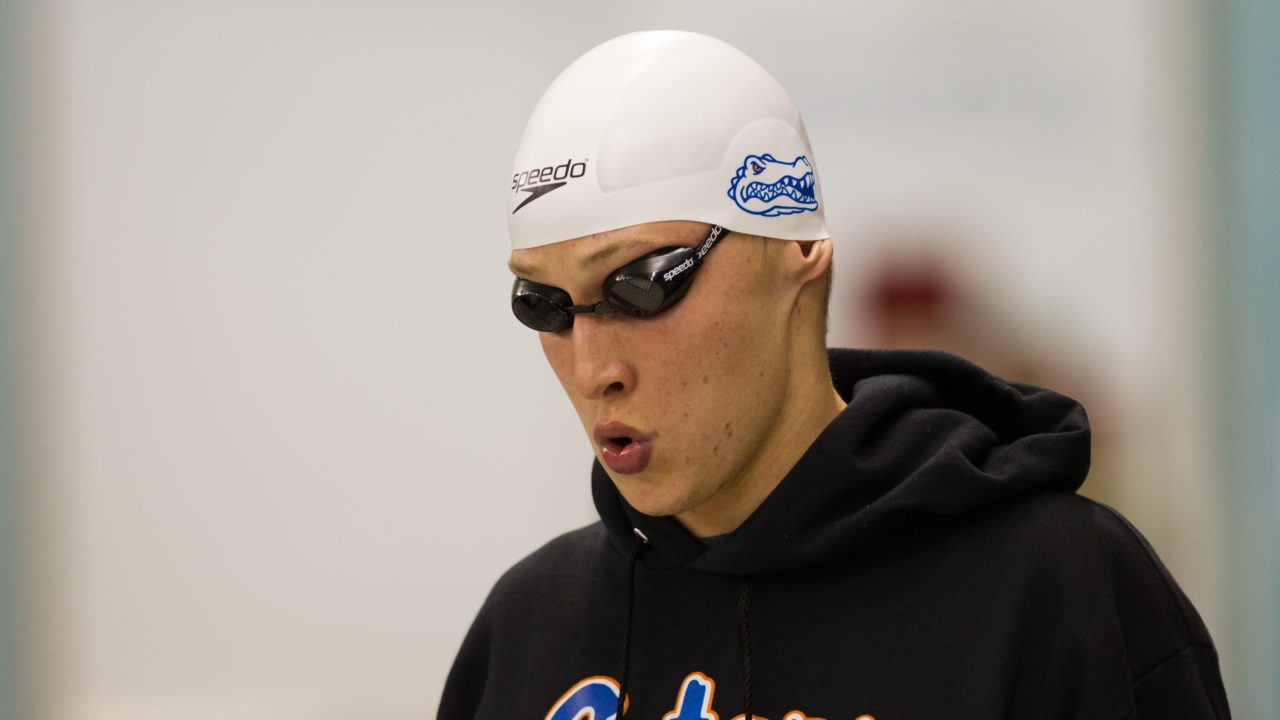 Marcin Cieslak skipped trials, but is one of 9 guaranteed a spot in London. (Photo Courtesy: ©Tim Binning/TheSwimPictures.com)

UPDATE: Thanks to scratches, the Polish women earned an invite in the 800 free relay, the Polish men, however, did not.

Poland has announced an official 9-swimmer lineup for the 2012 London Olympics, which is a huge step down from the 15 that they sent to Beijing in 2008.

The whole of that difference is accounted for by the women, who at the last Games sent 7 athletes, but this time have only qualified a single swimmer under the FINA A time – Otylia Jedrzejczak. The Polish Swimming Federation bent their rules just a bit for her, as she swam a FINA A time at the British Olympic Trials in March, and so the 2004 Olympic Champion in the 200 fly will get at least one more crack at it.

Poland did stick to their guns, however, with leaving Cal Golden Bear swimmer Marcin Tarczynski as the 100 backstroker both individually and on the medley relay, which bumps former backstroke king Radoslaw Kawecki to only the 200 individually.

Florida Gator collegian Marcin Cieslak was in safely in the 200 fly and 200 IM, on the basis of his swims from last year’s World Championships, though he skipped the Trials.

And Konrad Czerniak, the defending World Championship silver medalist in the 100 fly, will stick to an extremely light schedule with only that race individually, and the 400 medley relay – seemingly as a freestyler with Pawel Korzeniowski as the butterflier, given that the Poles didn’t bring any other sprint freestylers.

That does mean that Czerniak is scratching the 50 free, where despite being un-tapered he swam a 22.0 and hit the FINA A cut at Polish Trials a few weeks ago.

They have left the door open for more relay-only entries, pending the outcome of the final FINA rankings in the 800 free relay. The Polish men sit in the 16th and final spot, but someone would have to make a big drop to catch them (Brazil is only .01 back – but has already declared their intention to not swim this relay).

Update 5/24: Poland slides to 17th, and out of the Olympics, after the European Championships, barring a team ahead declining a relay bid. The Netherlands are still a possibility to do so.

The women are similarly comfortable in about the 14th spot, though the Ukraine and Austria are both within a second-plus of knocking them out at this week’s European Championships.

If both of these relays end up getting invited, that would balloon the roster to 16, but a soft 16 – with a total of 9 relay-only swimmers (they had only 2 in that category in Beijing). Still, that soft 16 has astronomically better medal hopes than the hard 15 did in 2008, so at the end of the day it’s hard for a Polish swim fan to be unhappy headed to London.

Too bad Czerniak isn’t going to do the 50. One would think he could bust out a 21.75 or lower. That would probably make the finals… Oh well, guess he’s saving up for Phelps! Also, look at how young Poland’s 8 free relay would be. I think if Cieslak or Tarcynski stepped up, they could also be on it, and the relay would be pretty dang good for 2016.

Where can the relay rankings be found for Olympic entry?

Kirt – there’s 4 spots open in each relay (assuming the top 12 from worlds accept their bids). So then the next 4 best from Worlds through this month also get to go – but there are countries that could be in that range in some cases who have said those relays aren’t going. There’s no good, compiled list yet, (I may try and put one together this afternoon??) but you can cobble it together using the rankings on the fina.org website.

SwimNews also has good ranks – and I think actually the official rankings that FINA uses.