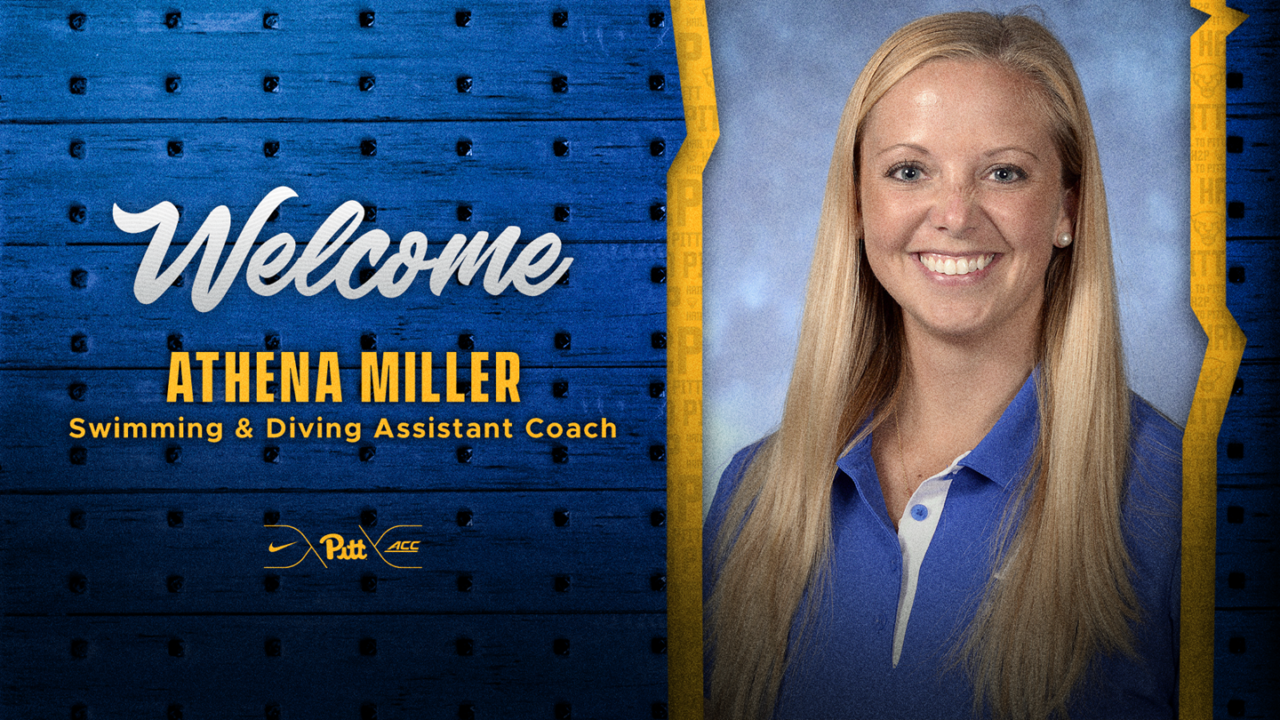 Miller makes her way to Pittsburgh via Air Force, where she spent the past four seasons as an assistant coach for the women’s swimming and diving team. Current photo via Pitt Athletics

“We’re blessed that Athena Miller has decided to join the Panther family,” Hargis said. “With her experience as a head coach, assistant in the ACC, Ivy League and most recently Air Force, she understands how to couple the high level of both swimming and academics. She wants to work with the athletes that want a top education and to compete against top swimming and diving talent that the ACC provides. To have her come and be a part of what we’re building, we’re truly excited to have her here at Pitt.

Miller makes her way to Pittsburgh via Air Force, where she spent the past four seasons as an assistant coach for the women’s swimming and diving team. Miller was an integral piece to Air Force’s success, including leading the Falcons to 13 dual wins in 2019-20 – most since 2016 – and a .722 winning percentage, the highest since 2014. She made an immediate impact as an assistant coach in 2017-18, seeing four individual school records broken while the team set a new school record for team points (572) at the Mountain West Championships.

“I chose the University of Pittsburgh because I believe in an education that will set you up for a great future after graduation, and Pitt exceeds these expectations,” Miller said. “Pitt swimming and diving has made tremendous strides over the last several years, and they are a team filled with great talent. The future for this program is bright! Hail to Pitt!

She served as Defiance College’s head men’s and women’s coach from 2012-15.

Impressive resume, can’t wait to see how she does!