Pilato Comes Out On Top In Rematch With Hulkko: 4 Storylines From ISL Match 9 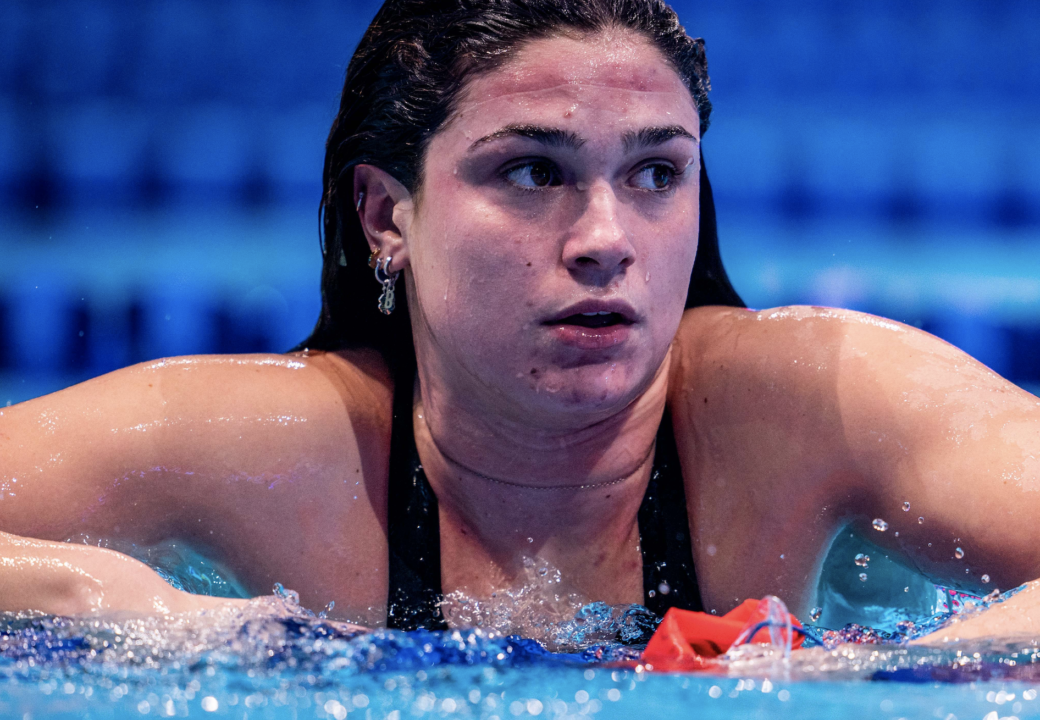 On day 1 of ISL 2020 Match 9, Energy Standard achieved an expected lead and are the favorites to win their final meet of the regular season. Archive photo via Mine Kasapoglu

On day 1 of ISL 2020 Match 9, Energy Standard secured an expected lead over Tokyo, Iron, and Toronto. Energy Standard and are the favourites to win their final meet of the regular season. Tokyo currently sit at second with a solid lead ahead of Iron and Toronto. As day 1 came to a close, we’ve put together a few key storylines from this morning’s swims;

Thus far in the season, the Toronto Titans have relied moreso on their women rather than their men. Today, however, the tables turned for the Titans as the men actually out-scored the women on day 1 of Match 9 with 88 to the women’s 67.

Despite victories from Titans Lisa Bratton in the 200 backstroke and Kelsey Wog in the 200 breaststroke, a few key events significantly detracted from the Toronto women’s team;

These 3 events, combined with 4 other jackpottings and several low scoring swims, the Toronto women were not on par with where they’ve been at their first three meets. So far this season, the women have scored significantly more points than their 67 today and more than their men;

While the men outscored the women, they still scored fewer points than the three other men’s teams, contributing to Toronto’s overall loss on day 1. The Titans are guaranteed to move on to the semi-finals but will certainly need to bring a little more heat to their races should they wish to move on to the final meet.

At Match 7 of ISL Season 2, Iron’s Ida Hulkko pulled off a slight upset when she defeated Match 6 winner Benedetta Pilato of Energy Standard. Pilato had won the event before in a 29.45 and was second to Lilly King at Match 1 in a 28.97. Prior to Match 7, Hulkko’s season best was a 29.45 from Match 2 and Pilato was the clear favourtie for the race. Hulkko ended up winning Match 7 in a 29.33 to Pilato’s 29.39;

Coming into Match 9, Pilato and Hulkko each had 1 win to their name this season and were set up for an important rematch. Pilato managed to pull off a solid win in the event with a 29.13 to Hulkko’s 29.46 and jackpotted the slowest 4 swimmers, scoring 19 points for Energy Standard.

Pilato’s 28.97 from Match 1 remains her fastest swim in the event thus far this season and she sits as #2 performer behind only Lilly King’s 28.86 from that same meet. Ida Hulkko‘s 29.33 on the other hand ranks her fifth this year behind King, Pilato, Molly Hannis, and Alia Atkinson.

On Day 1 of Match 9, Bruno Fratus raced to his first ever ISL win in the men’s 50 freestyle. Fratus swam a 20.98 for the Tokyo Frog Kings; the only sub-21 split. He finihsed just 0.09 seconds ahead of Max Lobanovszkij from Iron;

Notably absent from the race were two key swimmers in the 50 freestyle; Florent Manaudou from Energy Standard and Vlad Morozov of the Tokyo Frog Kings. These absences really opened the field for Fratus and allowed him to take control of the heat and come out on top. Fratus’ only only showing in the race this season was at Match 3 where he came 4th with a 21.21. He wasn’t put in the event at Match 5 or Match 8 for Tokyo where Vlad Morozov and Kosuke Matsui raced it instead. Improving upon his 21.21, Fratus has improved to tie Vlad Morozov and Szebasztian Szabo for 5th in the league this year.

Sarah Sjostrom‘s ISL 2020 season began strong at Match 1 with 4 individual wins but her performance was halted at Energy Standard’s second match; Match 6 when she sat out due to back injury. She came back for Match 7, however, and made an immediate impact, winning the 50 freestyle, 100 freestyle, 50 skins, and 4×100 medley relay.

Sjostrom came back on the first day of Match 9 in an even more dominant role, swimming to 4 victories (the number of wins she notched at the entirety of Match 7). Sjostrom opened up the meet by winning the women’s 100 fly in a 55.35, jackpotting both Yui Ohashi and the disqualified Tayla Lovemore. She went on to help Energy Standard win the 4×100 freestyle relay by splitting a 58.83. Only a few minutes after that relay, she won the 50 freestyle in a 23.43 to jackpot both Tokyo swimmers and a Toronto swimmers, yielding 15 points in the event. Finally, she was a part of a second winning relay as her, Emily Seebohm, Benedetta Pilato, and Anastasiya Shkrudai won the women’s 4×100 medley relay.

The stellar performance in day 1 sets Sjostrom up for day 2 where she will have a chance to win up to another events. Her entry ceiling for day 2 is likely the 100 freestyle, 100 IM or 200 freestyle, 50 buttefly, the mixed 4×100 freestyle, and the skins event should her team select freestyle or butterfly. If she contuinues her win streak tomorrow, she will be in strong contention to win the Match 9 MVP title while leading her team to their 3rd straight victory this season.

For a full recap of ISL 2020 Match 9 Day 1, click here and be sure to check back in tomorrow for the second day of racing.

Fratus was a PB also.. his previous PB was 21,21 only (Too slow on SCM compared to his LCM times)

Looks like Toronto is resting athletes (no R. Smith in the 100m fly, Wog swam the 50 breast instead of the 200 IM – an event which she even won once this ISL season) and the DQs hurt the scoring.

Schedule may have caught up to Masse and Wog, 2 of the top Toronto scorers. (Or they are focusing on the semis). Masse has won a 50 back skins this ISL season but was 5th today in the individual 50m back. Toronto won a women’s medley relay this season – Wog’s split time (1:06.53) was basically the same as her first 100m (1:06.6) in winning the 200m breastroke today.