Pennsylvania’s Will Drexler Throws His Hat into the Yale Ring 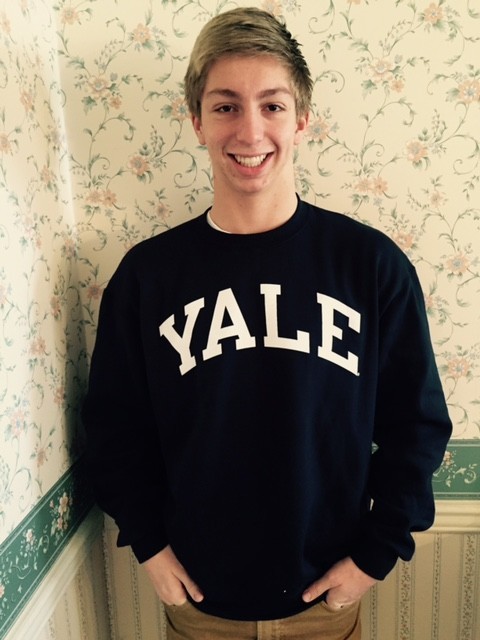 Hershey, Pennsylvania native Will Drexler is the latest to commit to the Bulldogs' class of 2019.

Will Drexler, who hails from Hershey, Pennsylvania, has committed to swim for Yale University beginning in 2015-16.*

“After visiting Yale and meeting Coaches Wise & Norman the decision to make Yale my choice to grow both academically and athletically was an easy one. I am so grateful for this opportunity and am looking forward to the next four years with great anticipation. I am confident that upon graduation I will not only have maximized my potential as a swimmer, but also received one of the finest educations available. Go Bulldogs!”

Drexler swims for Hershey Aquatic Club and attends Hershey High School. He contributed to Hershey’s fourth-place team finish at the 2014 PIAA Boys AAA Swimming & Diving Championships with an eighth in the 100 fly and a 16th in the 500 free, in addition to his role on the medley and 400 free relays.

Drexler has a number of strengths. His top SCY swims include:

Drexler’s flexibility will allow Yale to use him wherever he is most needed. He will have the ability to develop in any number of areas, training with an incredibly strong class of fellow-commits:

*DISCLAIMER: Drexler has not yet been officially accepted to Yale. As is true with all Ivy League schools, Yale’s Admission Office will not send its acceptance letter until the beginning of December, along with those of all Early Action candidates. The procedure for a recruited athlete like Drexler is for Admissions to review his transcript and SAT scores, “support (his) application for admissions in the fall,” issue a Likely Letter, then offer him acceptance into the class of 2019.